Council: It's All on Camera

City Council gets ready to dive back into the breach 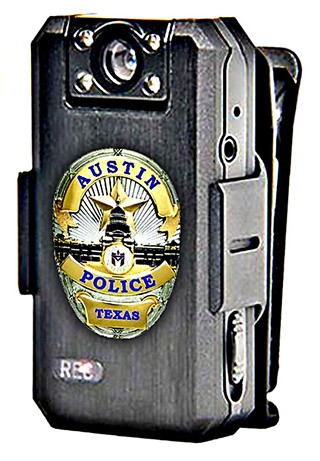 Last Thursday's City Council meeting adjourned at afternoon tea time, an extraordinarily civilized moment for a council prone to drift unwillingly into the late hours. Today's session (May 19) is unlikely to be so convenient; there are no less than seven "time-certain" 4pm public hearings – several likely to be contentious – in a 59-Item agenda.

Overall, it's been a busy public week for council members. Tuesday morning, several attended a "Smart City" roundtable with VIP guest U.S. Transportation Secretary Anthony Foxx, a fairly inconclusive session but an opportunity for various local officials to discuss Austin's transportation woes and potential solutions (see below). That bumped the weekly work session to Tues­day afternoon, during which they previewed Thursday's regular agenda but also rubbed the still-tender wounds from the May 7 transportation network company regulations election. Wednesday morning included not only the latest budget work session, but a brief special-called meeting to canvass (officially confirm) the election results.

Although the TNC matter is not formally on this week's agenda, the city is trying to foster various transitional efforts to take the place of now-absconded Uber and Lyft, which left town in the wake of the defeat of Proposition 1. Item 41, sponsored by Mayor Pro Tem Kathie Tovo, Mayor Steve Adler, and CMs Leslie Pool and Ora Houston, would direct city staff to support those transitional efforts. But the discussion occasioned some sharp words between Prop 1 supporters and opponents, with Don Zimmerman and Ellen Troxclair largely reiterating the Ridesharing Works for Austin campaign arguments, and Ann Kitchen and Pio Renteria responding that their colleagues were being willfully misleading about the entire Prop 1 debate.

At one point, Adler wryly asked Zim­mer­man how his district had voted – Zim­mer­man answered that his constituents had indeed opposed the proposition, but he blamed that result on the ballot language drafted by his colleagues, and which he again insisted was intentionally confusing. "I explained it to people who were confused," he said, "and they said they were still confused, but would vote for [the proposition] because I supported it."

We haven't heard the last of the argument, of course – and should Austin "lose" the Smart City Challenge (competing for up to $50 million in federal and grant funding against the six other cities on Foxx's national tour), Council will be quick to get the blame (like the State Department for "losing" China).

• Additional contingency funding for the Waller Creek Tunnel Project, which should complete the tunnel – but not the arguments, as city staff is hoping to recoup some of this final funding by resolving the dispute with the contractors over who is to blame for the "Capitol View Corridor" design oversight.

• Approval of the city's towing contract with Aus-Tex Towing and Recovery (postponed from the previous week after questions raised by competitors).

That leaves plenty more work for this week, including those afternoon and evening public hearings, Items 53-59. Sparks might fly over proposed higher gas rates (Item 53), the "Vision Zero Action Plan" (54, with the worthy and national goal of eliminating traffic fatalities, which engendered a highly abstract work session debate over whether "Zero" is just too ambitious), and two requests (55 and 56) for restaurant waivers of the 300-foot rule (from public schools) for alcohol sales (Torchy's Tacos on South Congress, and Austin Pizza Garden on Hwy. 290). Austin Interfaith, which devoutly opposes all such waivers, will undoubtedly make an appearance.

Higher on the agenda and the budget are body cameras for the Austin Police Depart­ment (Items 30 and 31), amounting to $9.4 million to Taser International (plus two extensions bringing the total to $12 million), and another $5 million for a five-year contract with the Texas Department of Information Resources and AT&T for related equipment costs. Everybody wants body cameras; everybody's going to take a very deep breath at paying for them. (As it happens, $9 million is the budget staff's current estimate for what another 6% homestead exemption is going to cost, should Council pursue it – no telling yet about the projected cost of the next boost in APD officer numbers. Easy come, easier go.)

Back to transportation: Up for first reading is the proposed grant of a taxi franchise to ATX Coop Taxi (Item 37), the newly birthed drivers' effort to expand both the number of cabs and the potential for a decent living. At work session, Council seemed inclined to open the franchise and license gates.

Lurking in the morning underbrush is an attempt to allow residential water bill adjustments for folks who can prove they've been over-billed (Item 3), the long-awaited plan to adjust off-peak concrete pouring Downtown (Items 12 and 13), and $418,000 to Parks & Rec (Item 11) for hiring summer swim staff (i.e., lifeguards, who were apparently omitted from last year's living-wage adjustments). Or we could all learn the dead man's float.

Proclamations: It's Public Works, EMS, and Internal Audit Week, and Meditation Month. The musical honorees are the Potholes: It says here you could do worse.