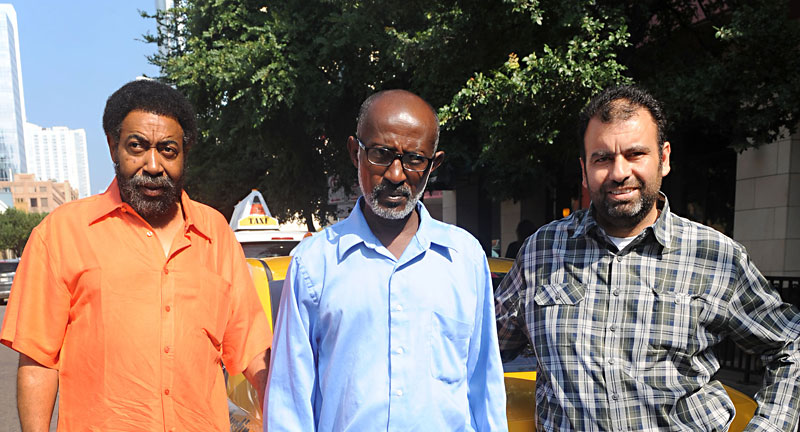 Joseph Beers has been driving a taxicab for nearly 20 years. During that time, he's built his business on referrals and return business, rarely working off the much-criticized dispatch systems the companies employ.

Last August, when the Chronicle story "Crash Course" detailed the ways in which the city's three-franchise taxi system was killing itself (taking its independently contracted drivers down with it), Beers served as a valuable source of context. At the time he drove for Austin Cab. Like most drivers – from all three franchises: Austin, Yellow Cab, and Lone Star Cab – who spoke with the paper, he requested anonymity. Despite 16 years in the industry, Beers still feared retaliation for speaking up.

Which makes his declaration last Thurs­day that much more revealing.

"I'm talking to you in the lobby at Yellow Cab," said Beers, who transferred to the Texas-wide conglomerate recently, after City Council delivered local taxi permits to drivers, rather than their franchises. "I'm not afraid of anybody. If somebody fired me because of the things I say, I don't give a fuck."

Indeed, there's a sense around the taxi industry that the oligarchy is finally falling. Certain franchise managers once characterized as reclusive are now contacting the media to relay their opinions. Others more proficient in the ways of corporate communications have fallen silent. Private sources have gone on the record. Numbers at the local union, the Taxi Drivers Association of Austin, continue rising.

One day before I talked to Beers – on Wed., May 11 – news broke that Aus­tin Transportation Director Robert Spillar sent a memo to City Council recommending that the city "abandon the taxi franchise model for an operating authority system" – free capitalism, in which any number of people are able to start any number of cab companies so long as they desire to do so. The buzzword – "deregulation" – wasn't noted specifically within the memo. Its context, however, and mention of "the overall regulatory scheme" reconstructing itself to "allow different modes of ground transportation to compete directly and allow customers to select the type of ground transportation they prefer to use," had the industry freaking out.

The TDAA reported a lack of clarity on the idea; they fear that a substantial change like that which Spillar has proposed will affect plans for their proposed co-op – which, conveniently, goes to Council on first reading today (Thu., May 19). Beers, who's unaffiliated with the association, suggested the city study Seattle's failed effort to deregulate the taxi industry in the late Seventies. Spillar declined to answer questions about the memo – specifically, about what "deregulation" would do to pricing and permit fees – suggesting through a Transportation Department spokesperson that the proposal will contain more clarity after two stakeholder meetings (which are private), scheduled for this Wednesday, as the paper went to press, and for Wed., May 25.

"These are just words right now," offered Council Member Ann Kitchen, who chairs the council's Mobility Committee. "People have a lot of different interpretations about what a word like that means. I don't know. We don't have the recommendations yet. What I think we're working towards is simplifying requirements, modernizing them, updating them. Those are the kinds of words I use to make sure they're consistent across the board."

Nega Taddesse, a board member with the TDAA, said that previous stakeholder meetings with the Transportation Depart­ment have included the association, representatives from the three taxi franchises, SuperShuttle, and Electric Cab of Austin, the golf cart-looking rides that function like Downtown taxis. He said a city representative indicated that Uber and Lyft were invited to send reps to an early March meeting, the stakeholder group's first, but that both companies declined to attend.

Meanwhile, Taddesse says the week-and-a-half since Uber and Lyft left town has been among his most lucrative non-SXSW 10-day stretches in years, with demand throughout the city requiring that he sometimes stay out running trips until 6:30am. He sent pictures showing that the airport holding lot – traditionally a makeshift clubhouse for waiting cabbies – is now almost always empty as demand inside the city has drivers cruising from fare to fare.

"Our objective is to fill this Uber gap," he said. "The TDAA has been very busy. We're calling for all hands on deck."