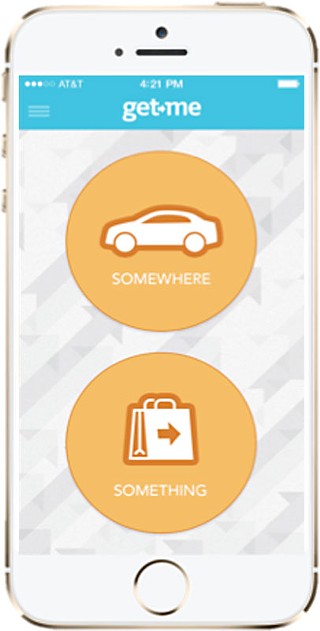 The past week and a half has proven that hell hath no fury like Austinites without access to Uber and Lyft. The city has scrambled to find solutions to fill the ride-hailing void, but thus far none of the new companies has been terribly successful in providing convenient, inexpensive rides.

Get Me, an alternative transportation network company touted by Council Mem­ber Ann Kitchen and other city officials, has been lambasted for its inconsistent service, which is due at least in part to the amount it would need to scale up to meet demand. According to Get Me, in the days after Uber and Lyft left, their app was downloaded over 30,000 times. The company recently made some rider-friendly tweaks: They no longer charge a $25 holding fee when you request a ride or delivery, and they've added a "night rates" feature between 1am and 4:59am.

When the Chronicle asked Get Me CXO ("chief experience officer") Jonathan Laramy how many drivers the app has added since the election, he declined to give any specific answer, saying, "As I get further with investments and technology dropping, I am precluded legally from saying certain things." The company also refuses to reveal the identity of their CEO. Their website, which includes a picture and brief bio of some of the employees (listed by their first names only), simply notes "Our CEO" with no picture and a vague description. When the Chronicle pressed Laramy on the issue, he said that the CEO has also led two companies in Silicon Valley and is currently working on multiple projects. Laramy said "the investment community knows who he or she is. It's not a taxicab driver. It's not a city official," but he declined to elaborate further.

Just this week, Boston-based Fasten, launched in October 2015, stepped into the Austin market. "We didn't plan to launch in Austin this soon. But Austin didn't plan to lose their ridesharing options either," wrote Fasten CEO Kirill Evdakov in a May 13 press release. The release continued, "Fasten's arrival in Austin will give riders and drivers another choice without having to sacrifice their standards. The company is committed to safety, and its current background check procedures already exceed what is required in its home state of Massachu­setts." Evdakov added, "Without healthy competition, companies can take 20-28% from drivers' pockets, gouge riders, and – if they don't agree with the majority vote on legislation – shut down service completely."

New Hampshire-based Arcade City, a much more decentralized TNC, will launch in Austin by the end of May. On its website, it presents itself as "people providing people a needed service. ... We can cut out the corporate middlemen – and make government regulations obsolete – by transparently providing rider and driver with clear information about the other party to each transaction, including a strong reputation and ratings system where riders and drivers 'level up' after community-vetted good behavior on the platform."

At this point, the legality of Arcade City isn't perfectly clear. For example, their website says, "Our drivers are entrepreneurs, free to make their own choices about how they want to comply (or not) with government regulations. Some of our drivers want to get fingerprinted and comply with the Austin regulations. Some do not. We respect their choices."

Some riders are taking more unconventional routes, turning to online ads on Craigslist and other sites for their rides. The drivers who accept such offers, however, risk a $500 fine from the city if they don't have the proper permits (for driving someone in a privately owned vehicle, drivers can't be reimbursed for more than 54 cents per mile). Others, like Lyft driver Skylar Buffington, have gamed the Lyft app, ordering a ride outside of Austin city limits and then contacting the driver and requesting a ride within the city – which Lyft doesn't technically allow.

City leaders are pursuing a number of actions, including working with the existing TNCs, encouraging "a local nonprofit TNC with Austin entrepreneurs," and building a pool of fingerprinted drivers. Meanwhile, acknowledging that the departure of Uber and Lyft has temporarily left many Austinites with less work and income, Kitchen announced that the city is teaming up with United Way of Greater Austin's Navigation Center "to establish a Driver Hotline to serve drivers negatively impacted by Uber and Lyft's decision to cease operating in Austin." The hotline offers drivers "referrals to other driving opportunities as well as referrals to other agencies for those who are experiencing financial difficulty," according to a press release. The city has also hosted job fairs this week for TNC drivers. Council Member Delia Garza added, "Austin stands by the drivers who were abandoned by Uber and Lyft. We're ready to help." 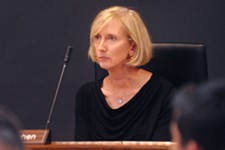 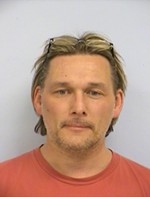 Uber, Lyft, Get Me