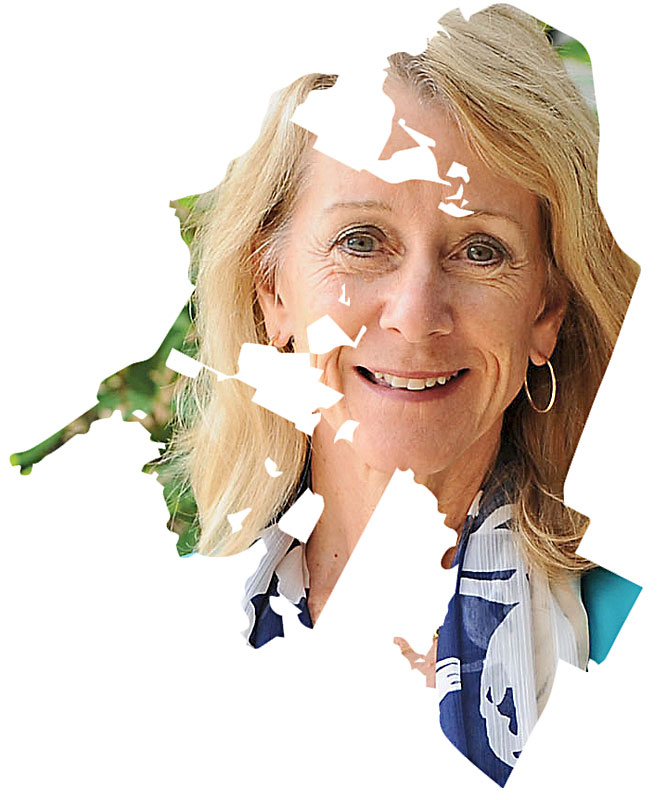 Sheri Gallo: Go Your Own Way

Amid the dramatic, attention-getting changes the first 10-1 City Council brought to Austin, there's a quieter one in the person of District 10 Council Member Sheri Gallo. Only in a city as reflexively and smugly liberal as Austin could someone like Gallo get lumped in with the conservative faction of Council. Her aversion to government spending and mixed party registration record do separate her ideologically from the majority of Council with regard to certain topics, but Gallo is no Tea Partier.

Although Gallo will often express reluctance to increase spending, she tends to side more with the Council's Dem­o­cratic majority when it comes to social issues, such as the debate over Planned Parenthood. Instead of being firmly on one side or the other, the former Realtor is – as she describes herself – an independent, and a remarkably low-key member of an 11-person body with more than a few big personalities. While Zimmerman is gloating over sneaking language from the Church of Satan into the draft of a resolution designed to celebrate compassion, Gallo is thanking "Michael P. Hilbrick and fellow veterans" for helping her office pass a resolution granting vets discounted and in some cases free access to city pools.

Gallo's priorities are visible in the council committees on which she sits: She's chair of the Austin Energy Utility Oversight Committee, vice chair of Mobility, and is on the Housing and Community Development and Planning and Neighborhoods committees, as well as the Capital Area Metropolitan Planning Organization and the Pecan Street Project. Her time as a Realtor and her participation in groups such as the Real Estate Council of Austin and the Austin Apartment Association, as well as a stint as chair of the Housing Authority of the City of Austin, have given her a certain perspective on residential real estate.

Gallo was outspoken in her opposition to the previous Council's resolution to require landlords to treat Section 8 housing vouchers no differently than other forms of income, and she correctly predicted that the law would not survive judicial scrutiny. That position may be at odds with those on Council who are aggressive proponents of low-income housing, but Gallo has frequently promoted increased housing stock and told the Chronicle that there's simply not enough affordable housing available. She falls on one side of a divide that's pitted increased density against neighborhood preservation, notably voting in favor of loosening restrictions on accessory dwelling units and advocating for the hotly contested Grove proposal.

Generally conciliatory – she hired her former opponent Tina Cannon as an aide – Gallo is also capable of being steely. In the aftermath of CM Leslie Pool's accidental tweet about her, which implied Gallo was putting developer interests over the neighborhood's when it came to the Grove PUD, Gallo said, "It is always my intent to participate in positive communication with the community and other council members. I am extremely disappointed in Council Member Pool's comment."

Gallo told the Chronicle that she "may differ [from other pro-affordable housing Council members] on how to implement that and where it should be funding from, but I think it's been interesting to have those partnerships." She said it's important to educate the community that "a lot of the affordable housing we need to provide is for seniors and workforce." She believes affordable housing "needs to be geographically dispersed throughout the community ... if we are going to deal with allowing people to be close to where they work," and therefore alleviate traffic, although she acknowledged bringing affordable housing to the westernmost districts is more costly and may result in fewer total units. She said housing needs to "benefit the whole community in a balanced way," making it clear that she believes that some compromise needs to be reached in order to bring more affordable housing to D10. "We've got to house people somewhere and if we really want to address multiple issues like traffic gridlock on the road then we've got to house them closer to where they work."

Gallo prides herself on her community engagement, sending out detailed newsletters to her constituents, encouraging D10 participation in surveys, and tirelessly attending D10 events, neighborhood association meetings, and town halls. It's easy to see what made her appealing to voters in the wealthy, civically engaged district; she pushes to keep "tax bills and utility bills as low as possible" by being hawkish on spending, while promoting quotidian but D10-important issues such as wildfire risk reduction and laxer watering restrictions.

Gallo has not yet attracted an opponent this time around, but during the previous election she faced challengers from both sides of the aisle, most notably big spender Robert Thomas on the right and Mandy Dealey on the left, and it's hard to imagine no one will come out of the woodwork at some point before the filing deadline.