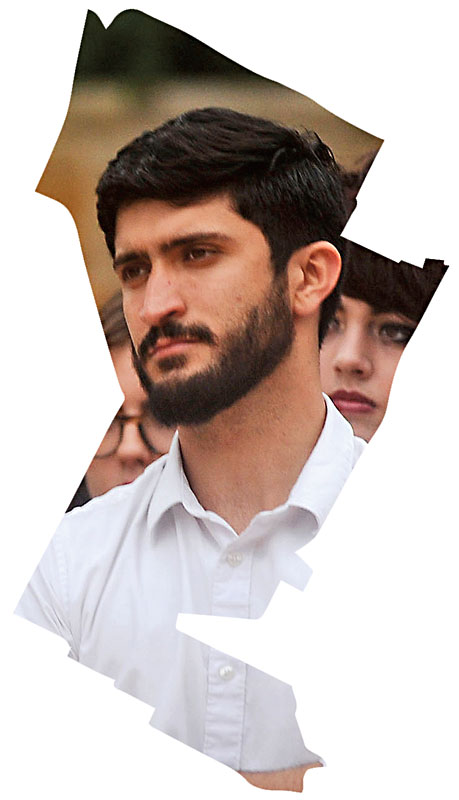 District 4 Council Member Gregorio Casar defeated seven candidates in 2014 to ascend the dais, although his run-off opponent, Laura Pressley, continues to deny reality. Defeated handily, she first demanded a recount (same outcome) and then sued to overturn the results. That dismissed lawsuit lingers on appeal (even while this year's re-election campaigns have begun), and initially, the ongoing legal circus somewhat overshadowed the council mem­ber's first year in office.

Nevertheless, Casar has done his best to focus on city issues, and he's been a steadfast advocate of workers' rights – in keeping with his previous experience as an organizer and spokesman for the Workers Defense Project. (Prior to his election, he had advocated successfully before Council on both wage and safety improvements for workers on city construction projects.) Most recently, he was the lead sponsor of a "fair chance" ordinance (the first in a Southern city) intended to provide more equitable job opportunities for people with criminal records – permitting local companies with 15 or more employees to perform a criminal background check only following a conditional job offer. Said Casar following the law's enactment, "This policy is anti-discriminatory at heart – too many hardworking and qualified individuals in our community are unable to find employment because they are judged solely on their conviction history, rather than their potential."

Mayor Steve Adler's office released statistics reflecting the broad potential effects of the new ordinance. "One in three adults in Texas has a criminal record," Adler reported, "and nearly 2,200 individuals released from Texas prisons will return to the Austin area each year."

Looking back on the new 10-1 council's first year, Casar acknowledged it had been "a little bit of the Wild West" in terms of initial organization and efficiency, but insisted that "the wheels didn't come off" despite most of Council's inexperience. He points with pride to the policy requiring more solar energy "at scale" and the adoption of body cameras for the Austin Police Department as particular achievements, and says that he sees himself as persistently looking for ways of "pushing the envelope" for more progressive city policies.

One instance of the latter was Casar's response to the council majority's determination to enact a property tax homestead exemption (a common campaign promise) during the last year's budget cycle. Allied with a council minority, he argued that the exemption would benefit only homeowners (especially the wealthiest). In the end, Casar negotiated companion measures that included benefits for Austin's renting majority. "I could see the way that [exemption] was going," Casar told the Chronicle, "so I tried to get the best that I could" for those who didn't benefit from the exemption.

That dais fault line isn't precise or consistent – but Adler, Casar, and the others have been criticized for their eagerness to approve multifamily housing (or encourage infill) impinging on historically single-family residential areas. Casar says he's always trying for a balance between defending neighborhoods and enabling sufficient housing. "I think the transportation corridors are exactly where we need to be building more multifamily," he says, "and there needs as well to be affordable housing integration in wealthier areas."

The youthful Casar remains bursting with policy ideas – on transportation, criminal justice reform, economic development, tenants' rights, social services, immigration rights, etc., etc. – and it can be argued that his programmatic ambitions might prove to be larger than the city's financial and practical limits. (Certainly when it comes to spending on such things as social services or libraries, the conservative wing of the dais has pushed back against the majority's willingness to spread the benefits of Austin's current prosperity.) Casar and his dais allies argue that amid rising inequality, Council needs to continue "pushing the envelope" on possible solutions.

His former boss at Workers Defense Project, founding director Cristina Tzintzun, says Casar remains the man for the job. "Greg ... has worked diligently to make sure all people have a voice at City Council. In his first term he tackled tough issues our city faces from affordable housing to workers' rights to criminal justice reform. In his second term I know Greg will be able to achieve even more for Austinites."