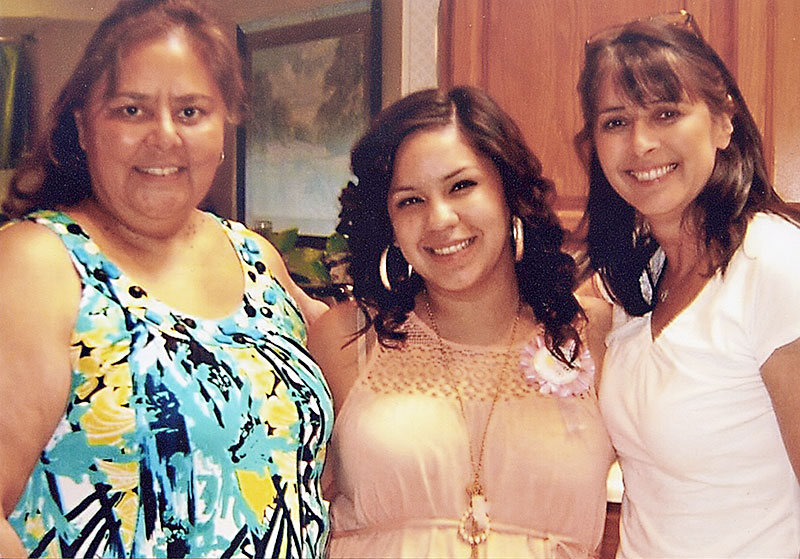 Many times over the last 18 years, Delia Perez Meyer has tried to imagine what it's like to live the way her brother Louis Perez does on death row. Sometimes anti-death-penalty groups tape off 6-by-9-foot rectangles – the size of a prison cell – for people to huddle inside. Other times, she's closed herself off in a tiny room – a closet or a bathroom – and tried to put herself in her brother's shoes. "It's just such a feeling of isolation and sadness," she said. "I know that I would probably not survive back there."

Eighteen years ago, a phone call woke Meyer from a deep sleep. A friend was calling to ask about Perez, whose face and name were plastered across local news outlets. As Meyer soon realized, he was wanted for murder. That night, Sept. 10, 1998, was essentially the beginning of a new life for Meyer.

Proving her brother's innocence became "99 percent" of her focus. Two years after Perez was arrested, their mother died of a heart attack on their kitchen floor. Her last words, Meyer said, were a plea that Perez's family continue to visit him. Meyer, who had both a teaching job at AISD and a teenage son, began making the weekly trips to Livingston to make good on that promise. During that time, she also found a listing in the Chronicle for an anti-death-penalty meetup, which led to nearly two decades of activism in the movement. "It became my job," she said. "My brother was helpless. And I chose that. I didn't realize it was going to be this hard or take so long for him to be free."

It wasn't without sacrifice. Meetings of the Campaign to End the Death Penalty led to involvement with the Texas Moratorium Network. Later on, she did work with Amnesty International. The World Coalition Against the Death Penalty took her on trips to Europe. She's fasted, rallied, and spoken countless times in her brother's name.

"My aunt has given up her whole life for my dad," said Perez's daughter Jade. "She really is a blessing. She's fought so hard for my dad. I don't think I've ever met someone so dedicated and loyal. ... She hasn't stopped for 16 years."

My mother, a childhood friend of Meyer, knows that well. Their parents ran in the same social circles in Austin back in the Sixties. Growing up they'd been close, but the stress and schedule associated with Meyer's second life made it so they lost contact for nearly a decade, even though they lived in the same part of town. As Meyer was getting acclimated to a life of travel and protests, Jade and I were in the same third grade class at Zilker Elementary. I remember other kids talking about Jade's dad being in prison, but I didn't know until I was a teenager the sweat Meyer was putting into getting him freed. Really, until I was a teenager, I didn't know Meyer much at all.

Jade, Perez's youngest of four kids, was 7 years old when he went to prison. She cherishes memories of camping trips with her dad from before, but admits there have been times when she nearly lost hope. "I feel like now that I'm older, it's hitting me harder because I have a family of my own and he's not here."

Meyer remembers taking Jade as a little girl to the prison to visit Perez. They'd try to distract her until the guards removed all of the chains and shackles. But once father and daughter picked up the phones and began talking to each other through the Plexiglas, nothing but the Texas Department of Criminal Justice could separate them.

"You've met him," she said to me, referring to the time I took the trip with her as a 16-year-old junior reporter, taking notes for my high school paper. "He's just a wonderful, happy-go-lucky person. He's always been that way." Meeting Perez is meeting an instant friend, and his big personality means he's not letting you go until the prison calls time.

"It was especially hard on Jade because she was so close to her daddy," said Meyer. "And that was one of the hardest things for us to see: The kids suffer without a dad. ... He's missed so much. You look around this house and you see all these pictures of weddings and birthdays and graduations and kids moving on. All of our cousins and nieces and nephews, and all his grandchildren. Everyone's growing up, going to school, getting married and going to college. And he's missed all of that. He's missed all of that. It's not fair. He should have a place at this table. And he does. He never leaves this table. He's the heart and soul."

"I wonder a lot about what I would do if and when [my dad] gets out," said Jade. "My whole world would flip upside down. I really think I would faint. I would be overwhelmed with happiness. And I think that's what helps me keep my faith."