Notes on Kamp: The Only Way Is Abolition

The death penalty is too flawed to be saved 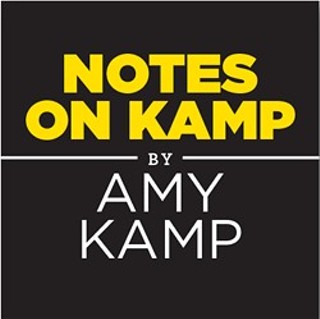 This week, Chase Hoffberger digs into the story of death row inmate Louis Perez (see "Reasonable Doubt," April 29). While I know that plenty of people won't come away believing Perez is innocent of the crimes for which he was sentenced to death, I would hope most would be given pause by just how scanty the evidence is that he's guilty.

There are so many arguments against the death penalty, but the fact that we're not always certain that the people we (as citizens of the state) kill are guilty – that, in fact, it seems pretty close to certain that a few of them are innocent – is the one that gets me the most. There's a commonly cited legal principle that, as William Blackstone put it, it's "better that 10 guilty persons escape, than that one innocent party suffer." But I'm not sure that the U.S. justice system operates according to that principle, or that it ever has. It was, after all, just last month that the Chronicle published the latest installment of the saga of the Kellers, a couple who each spent 20 years in prison for crimes that almost certainly did not occur (see "Learning From Our Mis­takes," March 11). And as Chase notes in his story about visiting Perez in prison ("On the Inside," posted online with this week's cover story), Texas' death row also currently houses Rodney Reed, a man whose guilt has been widely and compellingly questioned (see "Rape Victim Believes Rodney Reed Is Innocent," April 30, 2014).

We have to ask ourselves, just what principle are we operating under? Is it that it's "better that 10 innocent parties suffer, than that one guilty party escape"? If that is the principle, can it ever be put into practice? Because if Louis Perez is innocent, then the murderer of three people has never been held accountable for those crimes.

In 2009, the late Supreme Court Justice Antonin Scalia baldly stated that "actual innocence" wasn't a reason on its own to keep someone off death row, writing that "this court has never held that the Con­sti­tu­tion forbids the execution of a convicted defendant who has had a full and fair trial but is later able to convince a habeas court that he is 'actually' innocent. Quite to the contrary, we have repeatedly left that question unresolved, while expressing considerable doubt that any claim based on alleged 'actual innocence' is constitutionally cognizable." Those lines are taken from a dissenting opinion, and, of course, Scalia no longer sits on the Supreme Court.

But Scalia is far from the only jurist who is less concerned about the execution of innocent people than those of us who value our lives might wish. That dissent of his concerned the granting of a new trial to Georgia death row inmate Troy Davis; after being tried again, Davis was executed in 2011 despite the fact that a good many people believed he was innocent of the crime for which he died.

In the end, the only way that we can ensure our own safety – that you or I can make sure we're not the next one locked up or executed unjustly – is by insisting that other people don't get convicted because someone thinks they're guilty. It is inevitable that holding our justice system to its stated standard for criminal guilt – proof beyond a reasonable doubt – will mean that some guilty people go free. But that happens anyway, and we would at least be preventing guilty people going free because the innocent have taken their place in prison.

It will take a lot to get to that point. Ending the death penalty isn't going to be enough. It won't fix whatever it is that's allowing people to lose years of their lives to convictions obtained on thin or faulty evidence. But however we might feel about the morality of the death penalty in a vacuum – where the only people executed are those who actually "deserve" it – in practice, the probability that we're killing innocent people is high. One innocent person killed by the state is too many, and the only way to guarantee none is abolition.