AISD sees its money go back to the state 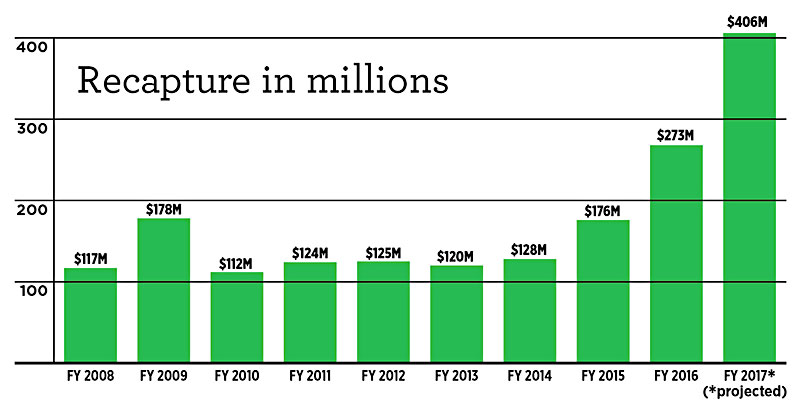 AISD's recapture payments under the state's "Robin Hood" system are projected to see their steepest rise to date next school year. If Chief Financial Officer Nicole Conley's latest calculations prove correct, the bill is expected to jump $133 million – a 49% increase.

If you're angry about your next property tax bill, don't blame the Austin Independent School District. Blame the Legislature. On April 25, trustees received the draft budget for the next school year, and it contains a 49% increase in recapture payments to the state under the "Robin Hood" system.

The recommended budget, as laid out by Chief Financial Officer Nicole Conley, proposes increasing general fund spending by $145 million, from $1 billion in the current year to $1.15 billion in FY 2017. However, $133 million of that $145 million increase is going straight to the state, as the district's calculated recapture payments soar from a budget-busting $273 million to a crippling $406 million.

AISD board President Kendall Pace had a very simple response to the numbers: "Ouch." She described the district's plight as "a unique example of the brokenness of the school funding system." It could not come at a worse time: While recapture rises, AISD faces decreasing overall enrollment (meaning less state and federal money) but an increasing number of students who are poor, or English-language learners, or both, which means extra costs to give them a quality education. Yet recapture only focuses on property values, not need, so out goes the money.

The district has no control over recapture; that's up to the state. And House Approp­ria­tions Committee Member Donna Howard, D-Austin, said it is highly unlikely that lawmakers will act until after the Texas Supreme Court rules on the current school finance lawsuit. Moreover, the Legislature that will convene in 2017 will be as or more conservative than the 2015 Legislature that demurred on meaningful education investment. However, Howard said there's an increased understanding that Austin is unfairly hit by the current system, which "never meant for a district to be subjected to recapture worth half a billion dollars."

Pace described the situation as untenable, and said, "AISD is already the biggest contributor, and when we start paying $400 million, we'll be the biggest contributor by far." And unless something changes, the bill will only continue to rise: Under current forecasts, Pace said, by FY 2018, "Over 50% of all the tax will go back to the state."

The AISD FY 2017 Proposed Budget: By The Numbers