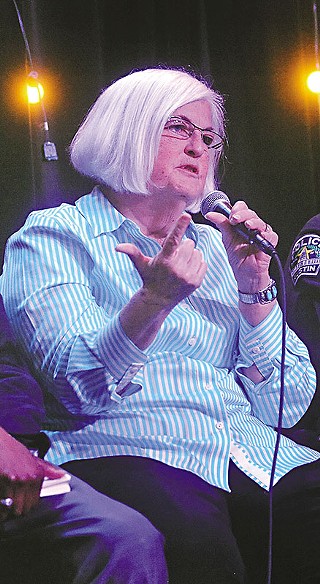 Longstanding tensions between the Austin Police Association and the Office of the Police Monitor were rekindled April 5, when APA President Ken Casaday filed a grievance with City Manager Marc Ott requesting that Ott fire Police Monitor Margo Frasier and restructure the role OPM plays in the city's commitment to police oversight.

The grievance addresses two separate incidents occurring over the past six weeks. The more well-known of the two took place mid-March, when the Citizen Review Panel (which operates within the OPM) recommended during its review of APD's investigation into the David Joseph shooting that Police Chief Art Acevedo reassign an officer who currently trains cadets at the Police Training Academy. The other concerns Quianna Canada, who was cited for failing to yield to oncoming traffic at a South Austin intersection on Dec. 17, 2015. Canada denies that she was responsible for the crash, however, and currently has a court date with the city on May 2.

The APA's issues with the CRP are clear-cut: Casaday and company don't believe the seven-member volunteer board has the authority to make disciplinary recommendations for secondary officers when reviewing Internal Affairs investigations tied to one officer (in this case, recently terminated 11-year veteran Geoffrey Freeman). They say it violates Article 16 of the Association's meet-and-confer agreement with the city, which details citizen oversight. Frasier disagrees, calling the panel's recommendation for the defensive tactics training officer who spoke to IA about the academy's de-escalation training (or lack thereof) "a legitimate recommendation" held "within their authority." She said a city attorney is currently drafting a response to the complaint.

Canada's case stems from a request made by a city prosecutor as part of the discovery process for her trial. The local police activist, whose book, Running From Empty Shoes, details her experience with police brutality in Florida, told the Chronicle that she learned shortly after her Dec. 17 citation that two officers investigating her accident and subsequent citation – Jose Rodriguez and Sean McWhorter – had previously been disciplined in such ways (and for such things) that she believes would make their testimony as witnesses not credible. Can­a­da, who is representing herself in the May trial, requested a series of disciplinary files from prosecuting attorney Randy Ortega.

Frasier said Ortega requested the officers' "complaint history" from the OPM. Ortega declined to confirm that, city legal said the city does not comment on active or pending litigation, and the APA and Canada both declined to elaborate on the nature of the files. Of public record is a five-day suspension McWhorter incurred in June 2012 for violating the department's Response to Resistance policy during a Dec. 2011 DWI stop. Casaday said "other accusations that are unfounded or exonerated," including one charge specifically of dishonesty, are not public. Canada and Frasier say they've never spoken to one another, but both acknowledge that the OPM released McWhorter and Rod­ri­guez's complaint history to Ortega, and that Ortega delivered the files to Canada. Neither understand why it's such a big deal to the APA. "I don't make the determination [of whether it's public information or not]," Frasier said Monday. "A city attorney asked me for information. I provided that information to the city attorney."

The APA, however, contends that Frasier's release violates Texas Local Government Code 143.089, which stipulates that a civil service employee's personnel file be withheld from public access. Casaday says the fact that Ortega is an attorney who works for the city does not matter in this instance. There's an attorney in place to handle subpoena requests: Chris Coppola. Casaday says Ortega should have gone through him. (Per protocol, Coppola would then present the requested documents to the judge to see if they could be released to Canada.) By going through Frasier, Ortega short-circuited the process. And Frasier, who as Police Monitor is granted access to Internal Affairs files, becomes the offending party in the chain.

The totality of the alleged offenses has the Association calling for the removal of Frasier as Police Monitor (after 14 years of contention between the APA and OPM, one has to wonder if Planet Earth contains a single person the APA would consider fit to run the Office), as well as a significant cutback of OPM access capabilities, and a few new provisions that would give the APA oversight of OPM activity. The APA wants to yank OPM's access to IA files, and require that all information released by the OPM go through the APA. The APA has also called for increased training for OPM staff, and requested that the two parties meet with Acevedo and his executive team "regarding issues with the citizens' review process."

Casaday's filing additionally frames the two complaints in the context of a grievance concerning Officer Eric Cope­land, who on Oct. 20 was suspended for 90 days violating the Department's excessive force policy. (Though Copeland's checkered history extends well beyond that incident.) Before Cope­land's disciplinary hearing, the grievance alleges, Acevedo solicited a written statement from Frasier detailing citizens' allegations of Copeland's past misconduct, then had Frasier submit a statement to Copeland's chain of command without Copeland's knowledge.

Copeland's grievance, filed Oct. 26, asked that his suspension be reversed and that the OPM have the scope of its capabilities largely reduced. The city manager's office denied the request. Casaday told the Chron­icle the Association is currently awaiting a hearing before a third-party arbitrator.

Expect the grievance filed last Tuesday to follow the same course as Copeland's. Casaday predicted as much to the Chronicle when reached by phone. However, he said, it's important that the Association air its grievances on topics that bother the membership (like the Office of the Police Monitor) now, as the city and APA begin preparations for collective bargaining on a new contract next year.

"In my heart I know the city manager's not going to do anything [about this grievance]," he said. "But what I fully expect to do is use this information, and the lack of responses from the city on all these grievances, in bargaining in 2017."

This story has been updated to clarify that Canada received a citation on Dec. 17 and was not placed under arrest. 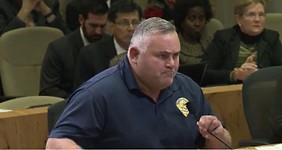 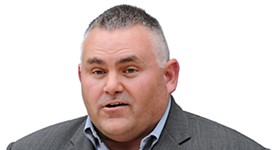