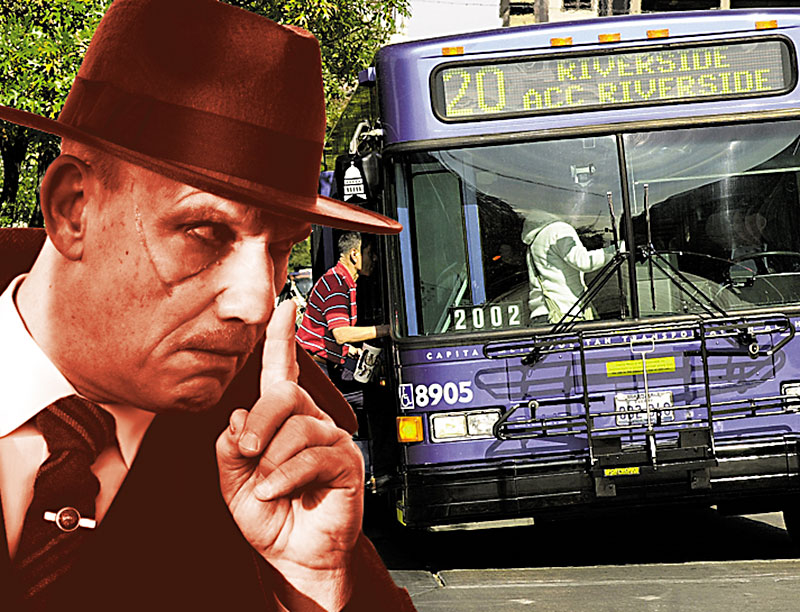 "Why should one transportation option get the unfair advantage of city funding?" asks Freedom to Ride Austin PAC founder Cyrus Bailey. Bailey's PAC seeks to recall Capital Metro, arguing that the very concept of public transportation puts a damper on the market for ridesharing. "Of course they're going to be able to charge $1.25 for a ride across town, when our hard-earned cash is subsidizing that ride," says Bailey, referring to the tax money that's directed toward the transportation authority. "But I firmly believe that consumers will be better served when all businesses operate on a level playing field. I mean, it's widely accepted that an unregulated free market leads to lower prices and better service."

Bailey is a recent transplant to Austin. Before moving here in 2015, he lived in San Francisco, where he and Jason Rhodes, a classmate from Stanford (they both dropped out in 2010), founded BusPass in 2011, an app where passengers can find seats on buses owned and driven by other users of the app. Despite a few of what Bailey calls "hiccups" – he admits now that it was "too soon" to float the idea of replacing California school buses with the app – the company's low rates and aggressive tactics have made it quite the success thus far.

Bailey has only recently set his sights on the public transportation industry. "It's protectionism, pure and simple," he says. "They get their own lanes? I don't know how we as a society have let this happen, but I'm here to say enough is enough."