Will Austin Applicants Get a "Fair Chance"? 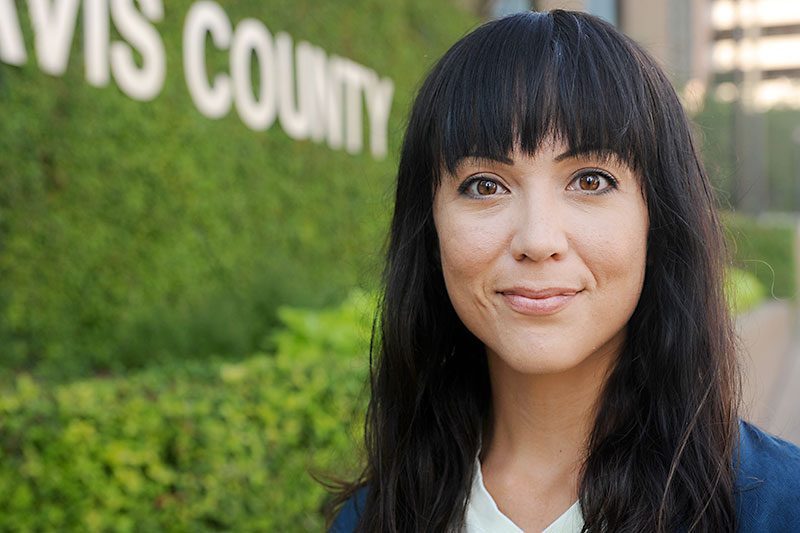 City Council will discuss a handful of labor-related items at today's meeting: In addition to a nondiscrimination ordinance (see "Council," Mar. 25), and Council Member Greg Casar's resolution requiring Austin's living wage of $13.03/hour apply to construction workers on city projects, including subcontractors, another Casar-sponsored resolution (Item 19) could see Austin become the first city in the South to implement a Fair Chance Hiring policy. Casar first announced the plan, which would bar employers from inquiring about a job applicant's criminal history until a conditional offer of employment has been made, last May. Since then, there has been a concerted effort from advocates – many of them with criminal histories that have made finding employment difficult – to educate the public about the need for such a measure and to see it implemented by the city. (See "Getting Outside the Box," Oct. 9, 2015.)

The idea has gained ground nationally in recent years. As more and more people find themselves entangled in the criminal justice system, more have found themselves unable to find work once they've served their time. It's easy for potential employers to simply reject any applications that disclose criminal records without giving thought to whether the particular conviction has any relevance to the position. The purpose of banning the criminal history box is to give those job seekers a chance to at least get a toehold in the application process instead of being automatically disqualified.

On Tuesday, March 22, Casar held a press conference to demonstrate the widespread support his resolution has. Several people spoke on behalf of the measure including Mayor Steve Adler and other council members, Rep. Eddie Rodriguez, D-Austin, Travis County Commissioner Brigid Shea, and Travis Co. D.A. Democratic nominee Margaret Moore, who said she did not believe that the criminal justice system could work properly if people with criminal convictions are unable to find work.

After Casar's press conference had concluded, Council Member Don Zimmerman, who opposes the resolution, held a press conference of his own. While Casar had a full house, Zimmerman's event was a decidedly forlorn affair with only the four speakers and the press in attendance. In addition to Zim­mer­man, Pamela Bratton from Meador Staffing Services, and Greater Austin Chamber of Commerce President Mark Rollins spoke. Although many of the chambers of commerce have come out in favor of the ordinance, including the Greater Austin Black Chamber and the Gay and Lesbian Chamber, the GACC has been a hold out. Casar has said that GACC opposes the core of the resolution, which is the requirement that employers wait until a conditional offer is made before running a background check, but Rollins said his group simply wants more time to discuss it with their members. (Later at the work session, CM Ellen Troxclair said she was disappointed that the chamber had not voiced their concerns sooner, as the proposal was the topic of multiple Economic Development Committee meetings.)

Bratton seemed to be unclear on how the ordinance would actually work, claiming that employers would be unable to let applicants know ahead of time if certain convictions would automatically disqualify them. In fact, the resolution explicitly states that jobs where a conviction history would disqualify an applicant are exempt from the ordinance.

At Tuesday's work session, Casar laid out a number of amendments to the draft resolution, saying that he hoped the final draft would be able to gain widespread support. Compromises include exempting businesses with fewer than 15 employees from the rule (in order to reduce the impact on small businesses); not requiring any additional records retention; not mandating any particular background check (there had been discussion of requiring businesses only use DPS); a year of education before enforcement of the ordinance begins; not requiring notice of adverse action; and using existing federal guidelines on how to evaluate criminal histories.

Casar said the one thing that he would not compromise on was the requirement that businesses wait until the conditional offer to run the check. He told the Chronicle that he's tried to "balance all sides while still passing a meaningful law. We live in the richest country in the history of mankind, but people are being left behind. For me, economic development means supporting those communities that are still struggling."

Second Chance Democrats Commun­ica­tions Director James P. Atkins, who like most of the SCD has a conviction history, said that many people probably know it's wrong to blindly discriminate against people with criminal records, but that it takes laws to get everyone to do the right thing. He said that, for example, he had asked his apartment complex's management several times for recycling bins, but that they'd only started a recycling program after the city required it. "Recycling, that's really basic," he said. "But it took a law to make them do it."