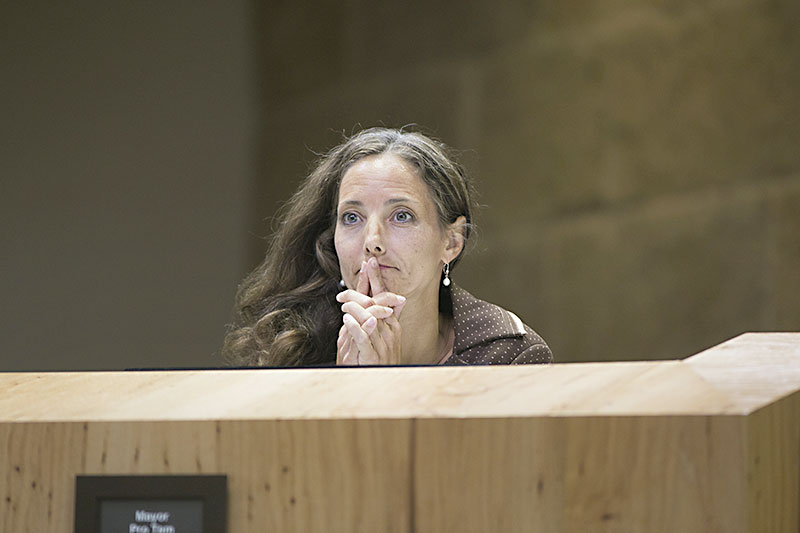 Initiated by several complaints of gender discrimination from city employees, the ordinance Tovo has proposed is based on recommendations from the Human Rights Com­mis­sion on how to review and reform the city's workplace policies. After the Human Resources Depart­ment expressed some discomfort, Tovo said she would scrap her initial ordinance (listed as Item 6) for a newly revised draft that allays some of HR's concerns ("Council: Not Just STRs," Feb. 26). The new resolution calls for an objective, third-party appeals process for cases involving allegations of discrimination, harassment, and retaliation when an employee's needs aren't met through the city's standard grievance process.

And while the old version looked only to the Municipal Civil Service Commission for changes, the new version simply says the city manager will examine the MCSC for its "potential role" in the third-party appeals process. The updated version also tasks the city auditor with commissioning an external audit to review investigations of alleged discrimination, harassment, and retaliation filed between 2010 and 2015. That report is due to the Audit and Finance Committee no later than Sept. 30. In her directive to the city manager to review all the anti-discrimination policies, Tovo also requests updated definitions of discrimination, harassment, and retaliation; guidance for employees seeking accommodation of physical or mental disabilities; and an anonymous complaint process – all by June 30.

At Tuesday's work session, Council debated how much time they should devote to public testimony. The Casar-sponsored ordinance dealing with the matter (Item 10) seems in flux: Should Council grant more time to public comment during its meetings, or increase the allotted testimony time during committee hearings? CM Leslie Pool stated the obvious: On a learning curve, rookie council members are eating up time with questions and confusion, often duplicating their inquiries on Tuesdays and Thursdays; CMs should be more disciplined, said Pool. Casar appeared amenable to a consensus decision and more focused on ensuring there is a set and agreed-upon length of time for testimony. CMs decided to first look at recommendations made by the Community Engage­ment Task Force before making a final decision.

District 3's Pio Renteria asked CMs to postpone two ordinances (Items 26 and 27) that would rezone and change land use designation on the site of Cactus Rose Mobile Home Park to build Lenox Oaks, a mixed-use development complex. (See "Future Uncertain for Cactus Rose.") The project would displace some 50 households; Renteria hopes the extra time will allow staff to help the residents' transition. (Pool, touching on one of the many negative effects of displacement, added that if they are relocated, staff should make sure they're able to secure a new home in the community so their children can attend the same school.)

On Thursday, Council will also tackle some 25 zoning and neighborhood plan amendments, plus a resolution to use dedicated parkland for reclaimed water transmission and distribution mains.