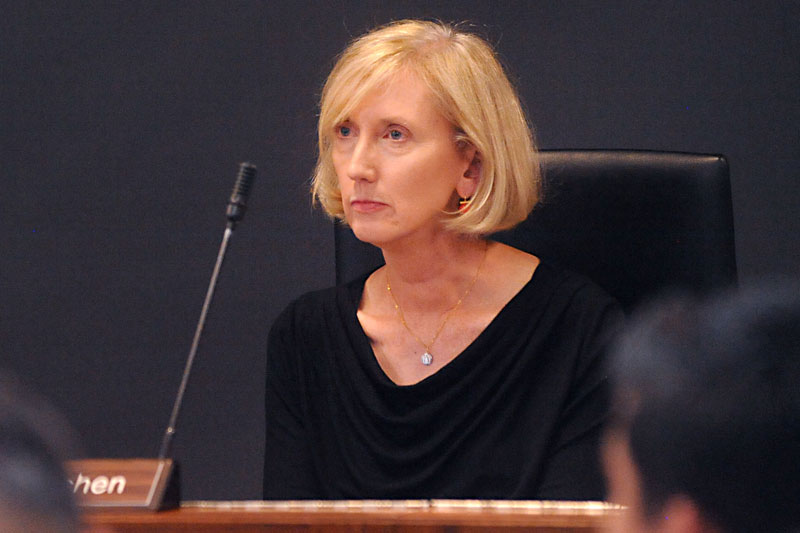 Political action committee Austin4All's angry passion to recall District 5 City Council Member Ann Kitchen has been matched only by their incompetence to actually do it. The recall petition that Austin4All turned in on Feb. 19, has been rejected by the city clerk.

In a March 4 memo to Mayor Steve Adler, City Clerk Jannette Goodall said that the group met the first two requirements for successfully initiating a recall election: They had "signatures of at least 10% of the qualified voters of the territory from which the council member is elected" (which, in this case, was a little under 5,000), and they included a "general statement of the grounds for which the removal is sought" (according to their petition, Kitchen "has purposefully hurt businesses that employ citizens of Austin," mostly due to her desire to further regulate transportation network companies).

However, the third requirement – "an affidavit of the signers of each petition paper that the statements therein made are true" – was not met, thus invalidating the almost 1,000-page recall petition as a whole. Good­all explained, "On no petition page did the language submitted in the block designated for an affidavit contain a sworn statement that 'the statements therein made are true.' Although each petition page contained a block for a notary acknowledgment, none of the petition pages contained the signature or seal of an officer authorized to administer oaths." Goodall concluded, "None of the petition pages contained language that constituted an affidavit meeting the requirement of the Charter for a recall petition."

In a press release, Kitchen, whose term lasts through 2018, said, "It should come as no surprise that Austin4All did not follow the law and failed to swear to the truth of their petitions. This validates everything my constituents have been saying – that the Austin4All PAC has operated in a manner that is not aboveboard, and that has been misleading the voters. ... Our city is facing many real and serious challenges. I'm proud to continue serving the people of District 5 and Austin as we tackle these challenges together."

Austin4All Co-Director Rachel Kania told the Austin American-Statesman that the rejection of the petition is "totally politically motivated" and that Austin4All plans to challenge the ruling in court. If that doesn't work, they plan to work on a second petition.

Uber – which along with fellow TNC behemoth Lyft, has been suspected of having a hand in the recall effort – has disavowed both its involvement and the recall itself. A statement issued by the company said, "Although we disagree with Councilwoman Kitchen on how to regulate ridesharing, we respect her as a public servant and wish to work alongside her into the future. The Mayor and City Council, including Councilmember Kitchen, are working hard to make Austin a better place to live."

The group would have to start the petition all over again and have it resubmitted to the city clerk by Aug. 22, to get on the November ballot. Given the group's track record, don't count on a recall election taking place this year.