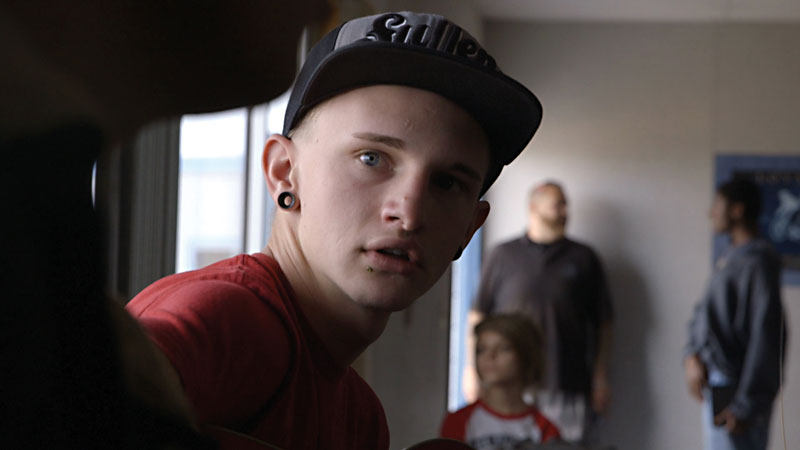 
Twentynine Palms, California, is the perfect setting for a film noir – see the eponymous 2003 film – not an inspiring educational documentary. It's arid, isolated, with a meth problem and double-digit unemployment. It's the kind of community with an implicit acceptance that kids will drop out. But Black Rock High, the school featured in new documentary The Bad Kids, is busting that expectation.

Filmmakers Keith Fulton and Lou Pepe made their names far away from the classroom, by twice chronicling the erratic genius of Terry Gilliam (first in 1996's The Hamster Factor and Other Tales of Twelve Monkeys, then 2002's Lost in La Mancha). In 2011, the pair were hired by Teaching Channel to create short documentaries about public school teachers who were making a difference. After filming several stories in urban Los Angeles, they needed a more rural campus for balance. Twentynine Palms, with its combination of pressing need and spectacular scenery, seemed perfect. Pepe said, "The Los Angeles school district is difficult to work with, because it's huge, and they treat most requests to shoot in a school as if you're a network TV show. It's just a lot of red tape. We thought, 'Well, let's go to a district where no one goes, and they'll let us shoot whatever we want.'"

When the pair approached the Morongo Unified School District, they were looking for the traditional feel-good classroom story, and were nervous when administrators told them they should consider Black Rock. "Even in its community, it's known as the school where the bad kids go," Pepe said. "Kids who are homeless, or have kids of their own, or they're recovering from addiction, or they're dealing with abuse, or they've been expelled from their regular high school for behavioral issues, this is where those kids go." As soon as they visited the campus, not only did their concerns evaporate, but they knew that a 15-minute YouTube video wasn't going to be enough. "We walked in the door, and it was the warmest, most embracing environment you could imagine."

Black Rock is one of California's 500 continuation high schools, the network of campuses intended to get potential dropouts over the diploma finish line. Tragically, some are just body storage, a place to put students until they are 18 and no longer the system's problem. Many are run on strict, authoritarian discipline, as if yelling at these kids will make them pay attention. Not Black Rock: Under Principal Vonda Viland, Pepe said, "It's just the opposite. What these kids needed was a more maternal approach that was about acknowledging them, seeing them, letting them know that you see them, and treating them with a gentler hand, a hand that understands that they are more fragile than you think they are."

The program is set up much more like a middle school than a high school, giving flexibility when kids need it because of erratic home lives, and providing all the support they need or can handle. There is still discipline, even expulsions, but the staff knows that they may well be the school of last resort for many of their students. Pepe quoted Viland, and the philosophy behind what she calls her "nurture and nag" approach to education: "The students who need the most love are the ones that show it in the least loving ways." He admitted that "it sounds a little touchy-feely, but for many of these kids, the eight hours when they're at school are the safe hours of their day."

Over the course of a school year, the two-man crew of Pepe and Fulton filmed and talked to many of the Black Rock kids before three came to the fore. None of them are the stereotypical tough case of dropout fiction: There's Jennifer Cof­field, the hardworking student whose school career is derailed by an unsupportive family; Lee Bridges, a teen father balancing building a better future for his family against providing for them now; and Joey McGee, a promising and soulful young musician who Pepe describes as having a "mixture of regular teenage issues, addiction issues, and all kinds of issues bigger than I can understand." But just as important as showing these students' lives was portraying the reality of the Black Rock teachers: not miracle workers, just compassionate and determined. When a student arrives with a life full of troubles, "there is no fixing that," said Pepe. "It's about, how do you give young people tools so that when they're ready to take agency in their own lives, they have something more than when they started out?" 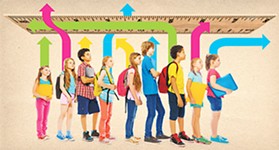