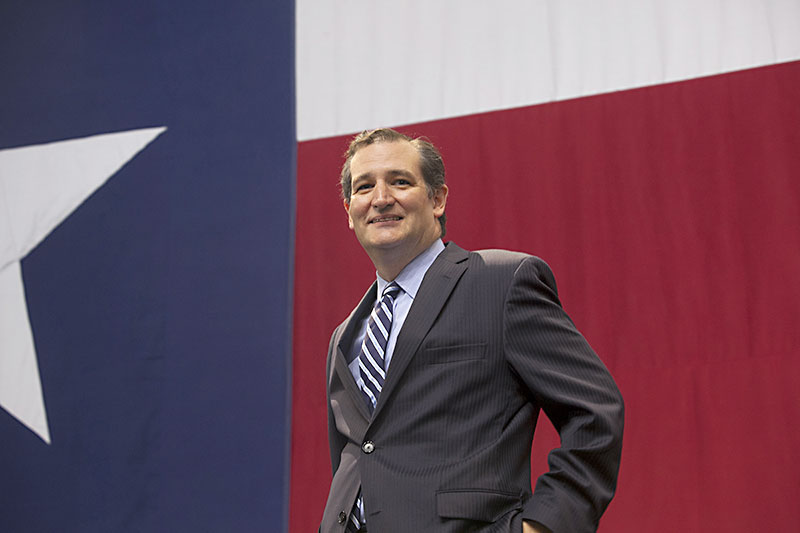 Anyone expecting high voter turnout in Travis County because of the highly contested presidential primaries is likely to be sorely disappointed. After eight of 11 days of early voting, only 44,605 ballots (6.9% of all registered voters) have been cast. Considering that early voting broke 20% in 2008 (the last time the White House was vacant), it seems impossible that primary turnout will reach those heady levels. In a worrying sign for progressives, GOP participation seems on track to match 2008, while Democratic turnout will be lucky to reach half those numbers.

Travis County Commissioners Court was scrambling at a rare Sunday afternoon meeting to extend hours at five polling locations: It didn't help that all but one were on the Eastside, raising suspicions of discrimination against minority voters. Meeting notice requirements delayed a fix, but by the final three days of E-voting (Wednesday through Friday), those polls have extended hours.

Students at Austin Community College will be allowed to campaign on campus after an 11th-hour agreement with the administration. Attorney Tim Mahoney initially requested a temporary restraining order against ACC after members of Students 4 Bernie were prevented on several occasions from running voter registration efforts and from passing out political literature. In a compromise that avoids a lawsuit, ACC Counsel Cobby Caputo agreed that students would be allowed to display material if they filled out a one-page form. Mahoney, a former ACC trustee, has said that the district urgently needs to clarify its rules about political speech on campuses.

"Cedar Park doesn't want me to run for mayor." That's the conclusion that progressive activist Marshall Bennett has reached after Cedar Park City Secretary LeAnn Quinn told him that he had filled out his ballot access application incorrectly. The only problem is that he says she told him the week before that everything was fine. The seat is on the May 7 ballot, and former Austin Community College AFT union president Bennett had decided to challenge incumbent Matt Powell. On Feb. 18, he started filling out the necessary paperwork, and on Feb. 19 – deadline day – he went to City Hall to finalize the documents and hand them in. According to Bennett, he went through his forms with Quinn, she made sure all the right boxes had been checked, and then accepted his application. Then on Feb. 23, she contacted him and said his application was invalid because he did not tick the "territory elected from" box. Bennett has said he is unsure why she did not bring this to his attention when she was going over the form with him. He has raised this with City Attorney J.P. LeCompte but, Bennett said, "They won't admit anything." He called this "dirty politics" and an attempt to keep a progressive candidate off the ballot. He is considering legal action.

If you've been wondering who's leading, you're not alone. The first statewide poll in almost a month came courtesy of UT and the Texas Tribune across Feb. 12-19. On the Republican side, unsurprisingly, Texas' own Sen. Ted Cruz leads wannabe oligarch Donald Trump by eight points, 37-29%. However, considering the poll of 1,200 registered voters has a margin of error of +/- 2.8%, rising to 4.9% among likely Republican primary voters, that gap could be much bigger or much smaller. On the Dem side, recent polling has some seriously contradictory numbers for Hillary Clinton. The UT/Tribune poll has her leading Sen. Bernie Sanders by 10 points, 54-44%. But a Feb. 14-16 poll by Democratic Public Policy Polling has her up by 23 points, 57-34%. Both are down from a KTVT-CBS 11 poll from Jan. 25-26, which saw her leading by 34 points. This could well be because the Clinton campaign has left Texas to its own devices, and didn't even open a field office in Austin until the first day of early voting.

Good thing for Cruz he has that home field advantage, because that's the only good news he's had recently. His campaign's communications director Rick Tyler resigned after tweeting a video impugning presidential rival Sen. Marco Rubio's faith. The video showed Rubio walking past Cruz's father Rafael reading the Bible. Subtitles claimed that Rubio said, "Got a good book there, not many answers in it." In fact, Rubio said "Got a good book there, all the answers are in there." Not that life is much easier for former Cruz consultant turned Trump spokesperson Katrina Pierson: She was called out by CNN's Jake Tapper for implying that Florida-born Rubio was only a citizen because of "the anchor baby law" (better known as the 14th Amendment).