UT president announces his recommendations for implementing guns on campus 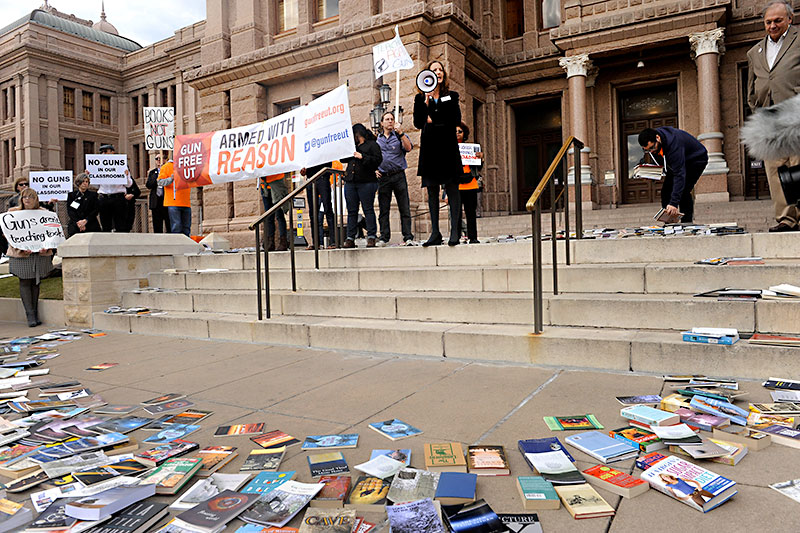 On Feb. 17, University of Texas at Austin President Gregory Fenves submitted to Chancellor William McRaven his policy recommendations to comply with state law under Senate Bill 11, which will allow concealed carry of handguns on public college campuses starting Aug. 1. While concealed guns will be banned in dorms, they will be allowed in classrooms, which has been the most contentious issue. "Under the law, I cannot adopt a policy that has the general effect of excluding licensed concealed handguns from campus," Fenves wrote in an email to the UT community. "I agree with the working group that a classroom exclusion would have this effect."

Unlike public universities, private colleges have the option to opt out of campus carry, which almost all have done. So far, 24 private institutions in Texas have opted out, with not a single private campus opting in.

Fenves has also appointed a 24-member Campus Carry Implementation Task Force, led by Associate Vice President for Campus Safety and Security Dr. Gerald R. Harkins, "to deal with the many aspects of implementing these policies."

His 25 policy recommendations are essentially the same as the Campus Carry Working Group recommendations, which were released on Dec. 10 (See "UT Working Group Recommends Allowing Guns in Classrooms," Dec. 10). While guns will be allowed in classrooms, concealed carry can be prohibited in single-occupant offices. Guns won't be allowed in dorms; however, it should be noted that 80% of UT students live off-campus and a person must be 21 years old to get a CHL in Texas, which excludes most undergraduate students. Those with weapons must keep them "on or about their person" at all times, and a holster must cover the trigger of the weapon. Anyone carrying a semi-automatic handgun can't have a chambered round of ammo.

It seems that the entire UT community is unhappy with the recommendations – from Gun Free UT to Students for Concealed Carry. Fenves himself wrote, "I do not believe handguns belong on a university campus, so this decision has been the greatest challenge of my presidency to date." Acknowledging the widespread opposition to guns on campus, he continued, "As a professor, I understand the deep concerns raised by so many. However, as president, I have an obligation to uphold the law."

Gun Free UT, while not necessarily surprised by the recommendations, is angry about them, especially that guns will be allowed in classrooms – a practice they say is dangerous, as well as damaging to the learning environment and chilling on freedom of speech. The group says that they're looking into possible legal action (as they have for months already), though they're not sure if they'll need to wait until Aug. 1 to file a lawsuit or not. UT's Steven Weinberg, a Nobel Prize-winning physicist, has already said that he will continue to ban guns in his classes next fall, regardless of the law – and is even willing to be the "test case" in court.

On the other side, Students for Concealed Carry are also considering legal action, due to their opposition to two parts of the recommendations: the gun-free office policy and the empty-chamber policy. The group condemned these recommendations when they were first proposed back in December, and they reiterated these points in a statement following Fenves' letter. The statement denounced Fenves for choosing "to punt the issue to the courts rather than stand up to a cabal of fear-mongering professors." Noting that they're shifting their focus to litigation, the group "is confident that the university's gun-free-offices policy and empty-chamber policy will not stand up to legal scrutiny."

And there could be even more legal issues for the university: Attorney General Ken Paxton already issued a nonbinding opinion stating that concealed carry should be allowed in dorms – which Fenves' recommendations would ban. Paxton has said that if UT doesn't allow guns in dorms, they might face a lawsuit from the state.

In the meantime, the new implementation task force will work on policy guidelines. The University System Board of Reg­ents can then adjust or reject Fenves' recommendations with a two-thirds vote. 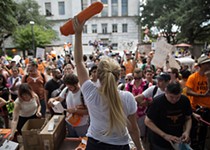 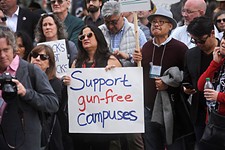