Blocked by the Cops Whether it's being used to stop online harassment or ignore a crazy uncle's bigoted rants, social media blocking has evolved into something of an online restraining order. But what happens when a social media account run by a government entity assigned to safety and public service blocks members of the public? 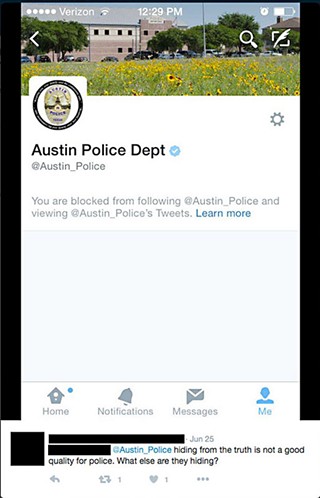 According to a list obtained by The Austin Chronicle through an open records request, the Austin Police Department had blocked 257 Twitter accounts as of October 2015. Those blocked cannot follow APD's official Twitter account, @Austin_Police, or even read its tweets while logged onto the social media website. By searching Twitter, the Chronicle was able to get a survey of most of the tweets that led to their writers being blocked. These included many incidents of APD blocking accounts for directing fairly benign comments at @Austin_Police – tweets like: "@Austin_Police Just watched an APD officer in a marked car run a red light on Riverside, no flashers. Way to set the precedence for safety."

@Austin_Police regularly tweets updates on traffic problems, situations in progress, and public safety concerns. The account even won a Chronicle "Best of Austin" award for their "#whatthehelicopter" hashtag, which lets Austinites know when and why police helicopters are in use. In addition to breaking news, the account provides an opportunity for citizens to communicate directly with their police force. "We invite and encourage citizens to actively comment and contribute content and engage with one another and us on topics relevant to the Austin Police Department," explained APD Senior Public Information Specialist Jenni­fer Herber, although she emphasizes that users should not report possible crimes to @Austin_Police – "police action cannot be requested via Twitter" – and should instead call 911 or 311.

To be sure, many of the blocked accounts engaged in what would be considered online harassment by most reasonable people. The amount of online vitriol aimed at the APD Twitter account from the local police accountability group Peaceful Streets Project suggests their "peace" leaves the streets when they switch to Twitter. Not surprisingly, the group's account and a handful associated with it have been blocked, along with roughly 50 other accounts that have interacted with APD in a similar manner, albeit some speaking less harshly than others.

"If a user is offensive, violates the city of Austin social media user policy, or monopolizes our Twitter feed with so many messages that we are unable to answer them, we may block them," Herber said. "APD's general rule of thumb is to block a user after they have made three off-topic or offensive tweets that tag us." However, searches showed that, among other examples, that a single reasonable response to Peaceful Streets' tweets can get users blocked by APD.

Mention of certain incidents over the past few years that resulted in bad PR for APD initiated multiple blocked accounts, often in one day. Mention of the shooting of Larry Jackson Jr. by former APD Detective Charles Kleinert led to at least five Twitter accounts being blocked. Each of those sent a single tweet, including links to articles by KVUE and the Chronicle, without any use of profanity. At the other end of the online spectrum of decorum, APD blocked at least seven accounts in one day, all of which shared a Peaceful Streets photo of APD officers standing underneath the sign for the Blind Pig Pub. And the infamous jaywalking arrest near UT resulted in 13 blocked accounts, some of which had used profanity.

In September of 2012, Austin Commun­ity College associate professor Azzurra Cris­pino's account was blocked, along with seven others, after they referenced a court case revealing APD's undercover infiltration of Occupy Austin. Crispino considers APD's Twitter account "the most accessible way that one has to interact with the police department." Being blocked makes it "difficult to get traffic alerts or know about safety-related issues because I get most of my news from Twitter," said Crispino.

Regarding concerns of governmental free speech restriction, Austin civil rights attorney Brian McGiverin explained, "the situation is analogous to a public comment period at a City Council meeting." Although McGiverin is unaware of any solid case law on the issue, he likened APD's Twitter account to "a designated public forum," where "they cannot restrict or remove that opportunity based on the content of the speech."

Mentioning APD on Twitter is not uncommon. An August 11, 2012 tweet by the Chronicle's news account, @ACNewsdesk, asked, "Does @Austin_Police ever actually enforce the no-texting ban? Looking at I-35 and I'm saying 'no.'" Less than 15 minutes later, Twitter user @AgentMarshall replied to the Chronicle, "@ACNewsdesk @Austin_Police I saw an officer watching someone text last week, let them drive off." Apparently that single tweet led to @AgentMarshall being blocked.

"I feel that maybe the Austin police need to learn how Twitter works," suggested Tara Jill, who was blocked, along with nine other accounts, after tweeting about an Occupy Austin tent being "arrested." Jill proposes APD instead use Twitter's "mute" feature, which Twitter offers as an alternative to blocking. That approach would eliminate unwanted posts to APD's account without keeping those users from accessing the information APD provides. But Jill said she thinks APD is "more concerned about criticism of any type than about having any sort of dialogue or communication with the ­public." 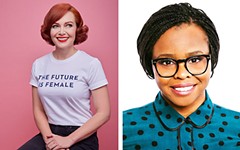 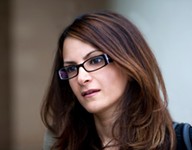