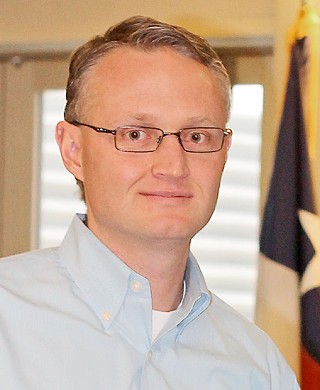 Though at various points in the Jan. 12 Planning Commission meeting it was pointed out that the proposed changes to planned unit development rules were about more than just a single project, neighborhood activists and the representative for the proposed Grove at Shoal Creek couldn't resist bringing the development to the forefront over and over again. Under the proposal, PUDs on unzoned land that do not secure approval from the Planning Commission will require a supermajority of City Council to pass.

There's already a similar code on the books, but it refers instead to land that is being rezoned. Neighbor­hood groups like the Bull Creek Road Coali­tion support the change because they're already skeptical of the Grove PUD, which lies on unzoned, formerly state-owned land. While the Grove developers, ARG Bull Creek, Ltd., have said they have designed a proposal that should have no problem clearing the superiority hurdle, their lawyer used his airtime last Tuesday to complain not only that was it bad policy, but also that it was aimed directly at his client.

Ultimately, the Planning Commission decided to move the proposed code change forward to the full council without a recommendation either way. Some commissioners appeared moved by the Texas General Land Office's last-minute letter to Zoning and Platting expressing opposition to the change on the grounds that it will make selling state-owned land (unzoned, like the 75-acre Grove property) more difficult.

Once a PUD fails to clear the supermajority, the developers cannot, according to Jerry Rusthoven of the Planning and Zoning Department, file another PUD application for 18 months. There was some misunderstanding on the dais about whether this meant the developer would have zero options during that time. In reality, they can have the land traditionally zoned – without the higher PUD hurdles.

When the Chronicle asked ARG co-owner Garrett Martin about that dynamic at a Grove event last month, he answered very carefully. "We always have the option to change to a traditional zoning," he allowed. "At this stage, we're committed to trying to find a middle ground with everybody."

Editor's note: A previous version of this story referred to the Zoning and Platting Commission as the land-use commission in charge of recommending PUDs to Council, when it is actually the Planning Commission. We regret the error.