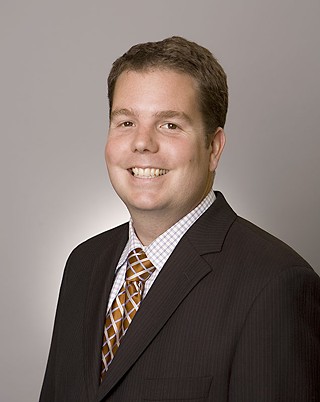 Old state reps never leave the Capitol, they just become lobbyists. Why not? The money's better, the hours are definitely easier, and the voters can't kick you out.

It's extremely rare for a lobbyist to make the reverse jump, from influencing legislators to actually becoming a lawmaker, but that's what Blake Rocap plans to do. After several sessions working under the pink dome fighting for civil liberties and reproductive rights groups, he's one of the seven Democrats hoping to replace retiring incumbent Elliott Naishtat in the packed House District 49 primary. His hope is that the experience building legislation outside the chamber will parlay into a desk on the House floor: "I feel comfortable working in the Legislature. I wouldn't run for City Council or county commissioner, and not because those things aren't incredibly important, but because I don't know those issues, I don't know those institutions like I do the Legislature."

However, Rocap is quick to clarify that no one on the ballot can truly replace Naishtat, and the two and a half decades of legislative experience and seniority he takes with him. He said, "You can't expect anyone who's elected to bring in the ton of institutional knowledge that he had. You can only hope for a little bit, and I hope that's what I offer."

The San Angelo native moved to Austin in 1995 to attend UT, and quickly found himself drawn to legal issues. "I'd taken [former state rep and Roe v. Wade attorney] Sarah Weddington's class on gender equality as an undergrad, and knew that I wanted to do civil rights work and public interest law." Knowing that civil rights attorneys rarely make big money, and wanting to avoid a big student debt, he took a three-year trip to Lubbock for his law degree after the Texas Tech School of Law offered him a full regents' scholarship. Still, he said, "I was back here in Austin every summer working on public interest and civil rights stuff."

His career was leaning toward employment law, but Weddington's influence, combined with time spent under noted progressive advocate Jim Harrington at the Texas Civil Rights Project, pushed him further toward public policy. While still in college, he helped write appellate briefs to the U.S. Supreme Court for Jane's Due Process, the Texas nonprofit providing legal representation to pregnant teens who wish to avoid parental consent when accessing abortion. That translated into a board position with the nonprofit and, after spending in 2007-8 as a staffer on the Texas House Pensions Committee, he committed himself even more deeply to women's health issues. He said, "I was pretty expert on how abortion access worked in Texas, so I left my job at the Capitol to become NARAL Pro-Choice Texas' policy director and lobbyist."

That post lasted for three sessions, before he joined the ACLU of Texas on their reproductive health campaigns. Since 2014, he's also served as a board member of the Women's Health and Family Planning Association of Texas, Texas' sole grantee of Federal Title X public health dollars. At the same time, he's a partner at his own practice, Carnes & Rocap, specializing in the 2003 Texas Prompt Pay Act. He said, "Your insurance company is in a contract with your doctor or your hospital to pay a certain amount and pay them on time. Insurance firms often don't live up to those terms, and so we help the hospitals and physicians recover what they're owed."

While much of his recent career has centered around abortion rights, it's only because that's what's been sucking up the political energy of Texas. However, he suggests that his understanding of the structural and procedural requirements and limitations of the legislative process – earned as both staffer and lobbyist – will make him ready to hit the ground running, avoiding the backbencher status that often afflicts freshman and sophomores.

Yet it's Rocap's background working on reproductive rights that may be first and foremost in his candidacy. For much of the last half-decade, Democrats have fought a losing battle when it comes to abortion rights and women's health in Texas, simply because massive Republican majorities meant they lacked the votes on the floor. But there are plenty of opportunities for tactical victories. For example, over the last few sessions, Rocap has closely followed the state's consolidation of funding for women's health programs: That means that money from different federal and state sources, often with different requirements, has ended up in the same account. Now the state is trying to unravel that Gordian knot. "Knowing how that should work, and what a successful family planning program should look like, will be invaluable because there's going to be more oversight."

He's already used that knowledge outside the chamber. In 2013, in the run-up to former Sen. Wendy Davis' filibuster of House Bill 2, lawmakers were desperately trying to unpack what had survived from the multiple bills that had been folded into its monumental abortion restrictions. When House Democratic Caucus Leader Jessica Farrar and Austin Rep. Donna Howard met with the Department of Health and Human Ser­vices, he said, "They asked me to be there with them because I had the understanding of the regulatory framework of abortion clinics and ambulatory surgical centers in the state. It's that kind of expertise that I don't think any of the other candidates offer." 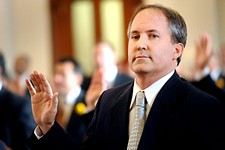 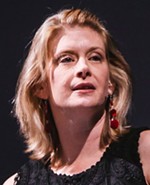