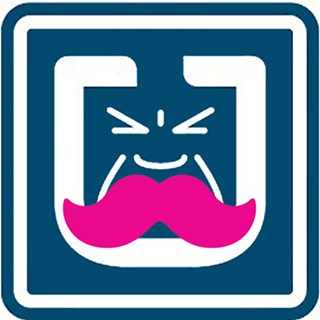 Apologies to anybody who wished talk of transportation network companies (TNCs) would take a holiday. No sooner than five hours after learning that Lyft and Uber had banded with TechNet, ATX Safer Streets, and Austin Music People to introduce a political action committee – Ride­shar­ing Works for Austin – designed to collect the 20,000 petition signatures from registered voters necessary to make the current interim TNC rules adopted in 2014 by the previous city council permanent via either Council adoption or public referendum on the next uniform election, was I being whisked away from Austin-Bergstrom Inter­na­tional Airport in the backseat of a Lyft, getting pitched on why I should sign the petition before we'd even left the terminal.

I realized via Facebook the following morning that the Lyft I rode in was driven by an individual who's either a Ridesharing Works organizer or a devout advocate for the agency. She wore a pink Lyft shirt, offered us water and hard candy, and two clipboards worth of petitions in the back seat pocket of her car (as well as a pink Lyft sign in her trunk). After a few interjections to inform her that I had no intention of signing the petition, she conceded that her personal desire is for the city to abandon TNC regulations altogether. The specific act of fingerprinting – the straw man masquerading as the crux of the standoff between Council and the two TNC giants – was not an issue for her in either principle or practice: She's already been fingerprinted for her day job, and recognized that the city has offered to pay for onboarding TNC drivers to file their fingerprints (and may put into place other initiatives to ease the process). The first few lines of her pitch seemed almost scripted, however, like she'd been coached by either the companies or advocates on what to say. Upon arriving at my house I exited the car confident of one thing in particular: Ridesharing Works for Austin will prove successful in obtaining the 20,000 necessary signatures. Some riders may be persuaded to sign the petition just to get drivers to stop their pitches.

It's hard to tell at this point what exactly is the issue that's "forcing TNCs to leave town" – or, as other, more reasonably minded people would phrase it, result in the two largest and most powerful TNCs in the market voluntarily pulling out of Austin. Two weeks ago at City Council, stakeholders debated for five hours the particular issue of fingerprinting as if that were the only issue. Licensing fees? Fine. Trade dress and other operating requirements like the creation of pick-up zones and maintenance, as well as a bit of data reporting? No problem. (Sticking with the current ordinance would negate all the aforementioned and effectively render TNCs unregulated. It would also serve as a somewhat strengthened death blow to the already hurting taxicab industry.)

Both Lyft and Uber said they would leave Austin if mandatory fingerprinting were implemented across the industry. Both failed to explain why adding the requirement was such an issue. The elephant in the room seemed to be simply that companies did not want to assume responsibility for the requirement.

Mayor Steve Adler and CM Ann Kitchen's last-minute compromise – to amend the ordinance to create an incentive program that would result in 99% of TNC drivers being fingerprinted by Feb. 2017 – has been largely derided as "kicking a can down the road," but there's a hint of creative intrigue to it. Under the provisions, the city would offer incentives to drivers (what those are will be laid out in late January) in order to get the fingerprint rate up to 50% by August, and 85% by Dec. 2016. As of today, there are no defined penalties for non-compliance.

Ideally, what the plan would do is create an image of acceptance for the practice of fingerprinting that's largely void of any corporate politics. If drivers took the city up on the incentives, and in doing so indicated that getting fingerprinted wasn't a nuisance, and the companies didn't see a downtick in their onboarding of new drivers, there would be little reason to cause a fuss about what's in reality a common civic expectation. If the process did hit resistance, Council could readjust its expectations – or the TNCs could leave the city once and for all. A decision could be deliberated based on experiential testimony, rather than the ultimatums issued by two wonderfully funded San Fran companies.

Success on the part of this PAC, however, will undercut any ability for the fingerprinting process to show its true colors, and give Uber and Lyft – and many of their drivers – what they wanted the whole time: inconsequential regulations and very little civic accountability. The problem, if the effort succeeds, is that those who'll eventually support the PAC won't ever know what transportation around Austin could be like if TNCs had it any other way. 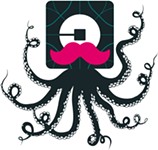 Prop. 1 Campaign Switches Into High Gear
As more take sides on the Uber / Lyft debate, allegations of being bought out are traded