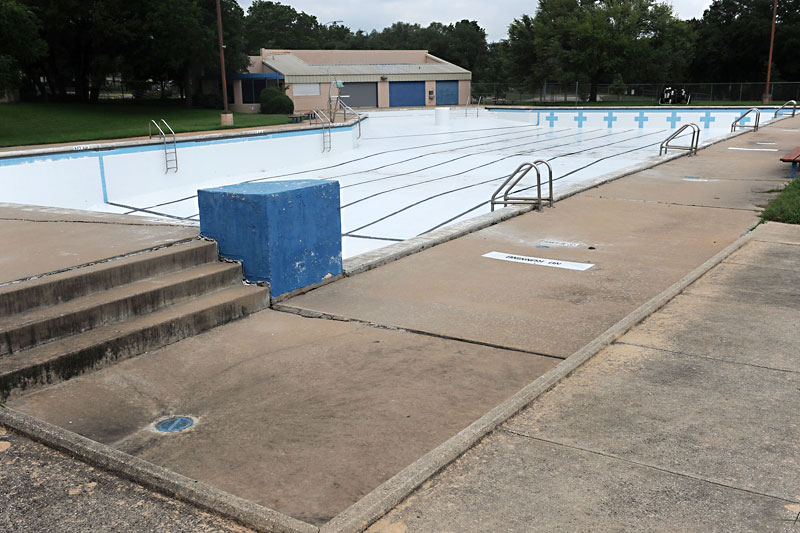 Onion Creek residents hadn't all recovered from the 2013 flood when another horror show arrived at All Hallows' – and the city's earnest but slow response on buyouts evoked more neighborhood outcry.

Austin wasn't hit quite as hard in the spring (recalling the 1981 deluge), but Wimberley and elsewhere in Central Texas were heavily damaged, with loss of life.

The perennial fights over endangered water rights hit Hays County, where drilling for nearby cities threatened residential wells as well as the future of the Trinity Aquifer – new state restrictions offered temporary relief, but the fight goes on.

The planners' determination to expand MoPac South from 10 lanes to as many as 16 (in various configurations) seemed undeterred by Austin opposition, not to mention city roads at clogged capacity and no real mass transit plan solutions.

Parks and Rec announced that 25 of the city's 36 swimming pools are leaking, several seriously – amidst other budget woes. Patched for now, awaiting permanent solutions.

As prices continued to fall, Austin expanded purchases of solar power, adding contracts for 450 megawatts and targeting 600 MW by 2019 – a leap forward for renewables, although another natural gas plant remains under consideration.

In what might seem like a setback, Ecology Action closed its Ninth & I-35 recycling center after more than a decade of processing myriad commodities – but it was the spread of citywide recycling that enabled the decision. The good work continues.

Austin Resource Recov­ery reported that the two-year-old single-use bag ban dramatically reduced those bags – but multiplied "reusable" plastic bags that are being discarded instead of reused. Next: amendments, and a "culture change."

Not everybody applauded Austin's climate action plans – City Coun­cil Member Don Zimmerman called it a government hoax, even haranguing Texas Tech climate scientist Katharine Hayhoe at Coun­cil, because she actually knows something about the subject.