Candidates for your Travis County ballot 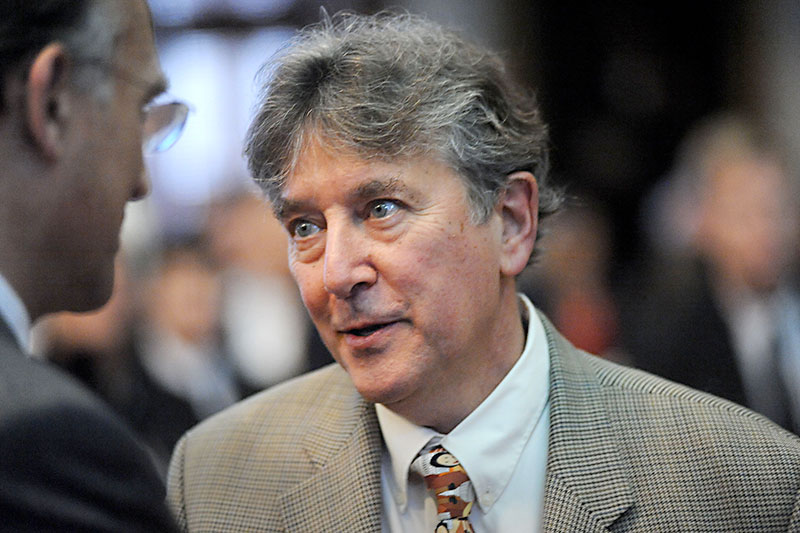 Start your fundraising: Filing for the March 1, 2016, primaries closed on Dec. 14. A week ago, it looked like it would be slack times for state candidates and campaign operatives in Travis County, with few contested primaries on tap. But a flurry of last-minute filings – plus the unexpected but unsurprising exit of an incumbent – means crowded state races for the next three months. As for Travis County, several candidates tossed their hats in the ring early on; however, there were a few late filings and (non)filings that kept the final weeks interesting.

The big news this week is that incumbent Greg Ham­ilton officially withdrew himself from the running. The three-term sheriff had been deliberating a fourth run for the past few months, but ultimately decided to step down. Expect Travis County's cooperation with ICE to recede with him. All four of the Democratic candidates – Don Rios, John Sisson, Sally Hernandez, and Todd Rad­ford – have spoken out against facilitating immigrant detainment. Recurring Republican Joe Martinez figures to meet whoever wins the March primary, though his odds of winning are best left to the imagination. – Chase Hoffberger

Filing here are longtime Democratic prosecutor Gary Cobb, former County Attorney Margaret Moore, and prosecutor-turned-defense attorney Rick Reed, along with lone Republican Maura Phelan. The race had been thought of as an easy victory for Cobb, until Moore filed for candidacy Dec. 7. Reed, whose website touts him as having "initially acquired the nickname 'Maverick' during his 2008 campaign for Travis County District Attorney," appears to lack the necessary support to mount a legit fight. – C.H.

In what has been a swing Precinct 3, Democrat David Holmes didn't draw an opponent, so he'll face one of two Republicans: incumbent Gerald Daugherty or attorney Jason Nassour. – Michael King

In the clubby world of the Travis County Courthouse, most of the state district judicial races are one-candidate walkovers, and the Democratic primary becomes the effective anointment. There are a couple of exceptions: In the 427th District Court, local attorney Tamara Needles is challenging incumbent Jim Coro­nado, and in the 450th, Democrats Brad Urrutia and Chantal Melissa Eldridge face off for the right to face gubernatorial-appointed Republican incumbent Don Clemmer. [Update: After press deadline, Asst. Attorney General Melissa Mather filed for the 345th District Court, where she'll face former TC Dem Party Chair Jan Soifer.] – M.K.

A week ago, it looked like local Democrats were avoiding any infighting. All five House incumbents, including 13-session veteran and dean of the delegation Elliott Naishtat, had filed to return. Out of the blue on Dec. 10, Naishtat suddenly withdrew his filing and announced that he is retiring. This triggered a deluge of filings from ambitious Democrats who've been waiting for years for this super-safe seat to come open. At close of filing, a total of six candidates had thrown their hats in the ring: personal injury attorney Aspen Dunaway; former House staffer Huey Rey Fischer; former AISD board president Gina Hinojosa; Kenton Johnson; criminal defense attorney Matt Shrum; former NARAL Pro-Choice Texas legislative counsel Blake Rocap; and housing rights advocate Heather Way. Hinojosa will stay on the AISD board until her term expires next November, but stepped down as president on Dec. 14 to concentrate on her campaign.

Somewhat surprisingly, the list doesn't include two names in circulation before Naishtat filed in the first place: Council Member Ann Kitchen said she was too busy with city business to run, while former College Democrats of America president and GNI Strategies CEO Katie Naranjo said she was already signed up to help with too many other candidates' campaigns (including Hinojosa's).

There's action in the county's sole Republican House seat. HD 47 incumbent Paul Workman has drawn a challenger in failed council candidate Jay Wiley: He'll have a hard fight on his hands, since the notoriously pugnacious Workman has handily and viciously bested challengers in two of the last three primary cycles.

One of the busiest local primaries is the one with least local voters. The intensely gerrymandered Senate District 24 meanders from Abilene to Kerrville, with a brief dip into southwest Travis that closely matches HD 47. That geographic spread, with no clear population center, is reflected in the candidates lining up to replace retiring incumbent Troy Fraser in the GOP primary: Fredericksburg-based retired doctor Brent Mayes; Burnet petro-chemical professional Reed Williams; Bee Cave resident and home builder Jon Cobb; former Lake Travis ISD trustee Dawn Buck­ingham; and Ryan Downton, who launched an unsuccessful campaign against Workman in 2012. – Richard Whittaker

There's two Dems duking it out for the honor of taking on Republican incumbent Mike McCaul's seemingly bottomless coffers in Congressional District 10: Austinite Scot B. Gallaher, and Tawana W. Cadien, who ran unsuccessfully against the incumbent in 2012.

Down in CD 35, it's clear sailing for Democrat Lloyd Doggett, although his November will be busy: Repub­lican former mayor of San Marcos Susan Narvaiz is after his seat. – R.W.

Editor's note: An earlier version of this story incorrectly identified current South Carolina Sen. Lindsey Graham as a former senator. It has since been revised.