People like trains. Whether taking a long trip or making the daily commute, riding the rails, without the hassles of airports and the tensions of driving, can be the most sensible and pleasurable way to get from here to there. Americans have been doing just that for 188 of the USA's 226 years – on horse-pulled rail carriages in the 1830s; then going west on the steam-shrouded iron horse of the 1870s; next riding the Zephyr and other sleek streamliners of the Thirties; and today, taking the electric, high-speed Acelas running on some of Amtrak's routes.

More than just another mode of transportation, trains have represented our people's can-do spirit and our yearning to go beyond where we are. And though the 19th-century push to span the nation with rails came with huge human consequences – decimating native tribes and virtually enslaving many immigrant workers – the resulting system tied the country together and unified the economy.

A century later, however, our national passenger rail system is a wreck. Highway builders, auto lobbyists, and airline monopolists have hijacked America's transportation policy. As a result, our mobility future has been clogged with their self-interest, blocking the rail-travel alternative. It's shameful how our corporate and governmental masters of transportation have sidetracked what not so long ago was a world-leading, cross-country train system and reduced it to an underfunded hodgepodge that is an insult to the traveling public and wholly inadequate for a nation with pretensions of greatness.

Despite attempts to kill the notion of a national passenger rail system, trains are getting more popular. The U.S. High-Speed Rail Association has a map of what a national rail system could look like. Check it out at www.ushsr.com/ushsrmap.html. 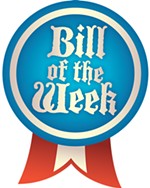