Donate to a teacher, help a Syrian refugee, or protect against shooters 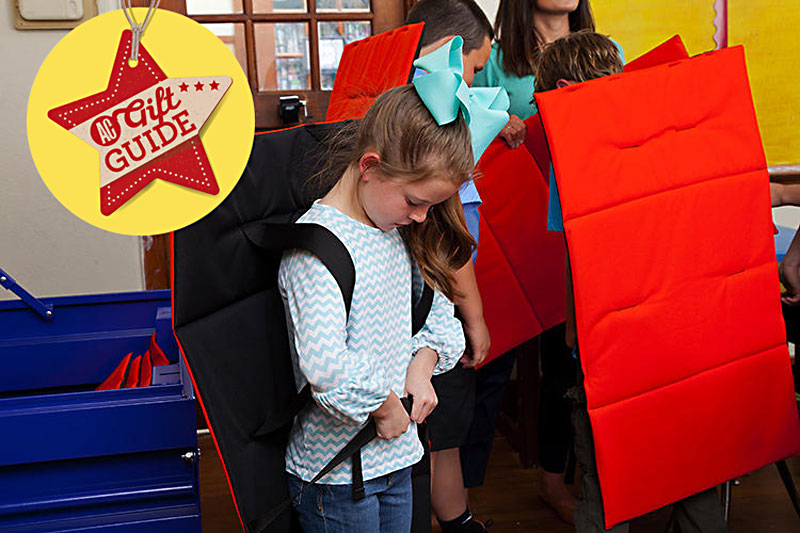 Medium: $1,415 each; www.bodyguardblanket.com
Now I lay me down to sleep, I pray the Lord my soul to ... not shoot me full of lead with that assault rifle you just bought. The Body­guard Blanket, developed last summer by Oklahoma City company ProTecht, is specifically designed to provide youngsters with cover during school shootings. But at the rate things are going, with Americans opening fire on folks they've never met so often that it's become tough to just keep track, we may be better suited sleeping under the damn things. – Chase Hoffberger

Suggested donation: $20; www.fuckgregabbott.com
Texas officials are on a holy mission to block refugees fleeing war-torn Syria from entering the state, punishing thousands of innocent families for the recent terrorist attacks abroad. Conservative Christian politicians practicing selective kindness – which, strangely, cannot be found in the Bible or any of Jesus' teachings – are making some question their faith in basic humanity this holiday season. Amid the painful hypocrisy and indifference of the religious right, take solace in those fighting to assist refugees, like a local Austinite who started a DIY fundraising campaign for Syrian refugees. Brilliantly named FuckGregAbbott.com (consider typing in the URL as an added bonus), the goal is to reach $5,000, which would go toward equipping a rural maternity clinic, but we're sure any amount will help. – Mary Tuma

There is a shameful number of teachers who reach into their back pockets to pay for the books, supplies, the basics that you'd think the budget would cover. Alas, no, but that's why DonorsChoose.org exists. Teach­ers from around the nation put their wish lists online via the crowdfunding site, and kindhearted donors like you can help them help their students. There are plenty of Austin wish lists to choose from. Want to put headphones on the ears of kids at Woold­ridge Elementary, or math puzzles in the hands of Westview pupils? Even just a nice, big, clean rug for story time at Serene Hills Element­ary? So until the state of Texas decides to properly fund classrooms, just hop on over to DonorsChoose.org and help kids get the education they deserve. – Richard Whittaker