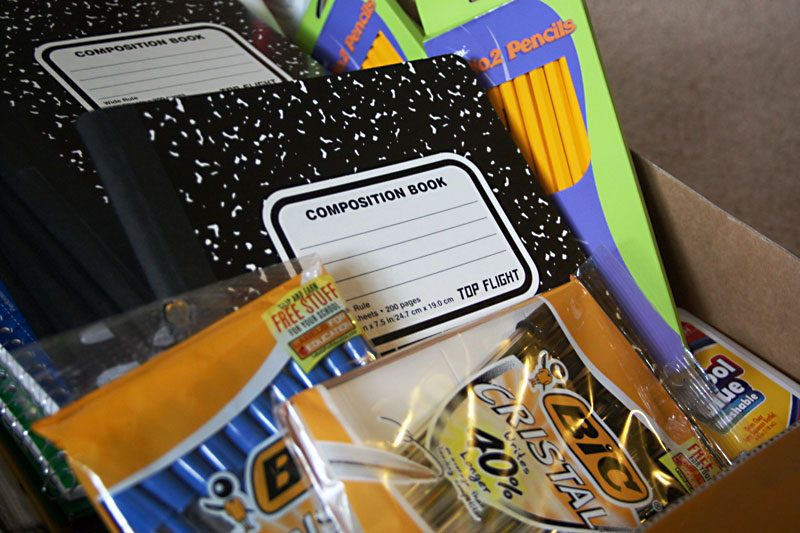 Imagine turning up at work, and your boss says you have to pay for your own office supplies because the investors won't pay for pens and paper. That's what Texas teachers go through every year under the state's broken school finance system. Now imagine going to work, all those office supplies washed away by a flood, and the investors want you to pay to replace them. That's what's happening to Austin ISD and the staff at Palm Elementary as they rebuild after this year's latest flooding.

During the Oct. 30 storms, two AISD schools ended up under water. Palm and Perez elementary schools sit a stone's throw away from each other, on opposite banks of the Onion Creek Greenbelt. That area has, in recent years, become the city's most flood-prone, and when the waters rose they claimed both campuses. When they receded, and the repair crews came in, they found minimal damage to Perez, but Palm was a mess. AISD Executive Director of Facilities Paul Turner said, "They got maybe five inches in some of these rooms, and it got in a lot of rooms."

With two wings submerged, now the district is going through what any homeowner in a flood goes through: remediate, repair, replace. Luckily, there was no serious structural damage: The biggest concern is air quality, and ensuring that the kids aren't breathing in mold spores. Turner said, "If [the remediation teams] don't get a good enough air sample, they'll go back in."

The district hopes to have all the rooms back in working order by mid-January. However, that still means repair bills to pay. Turner's office is working closely with loss adjusters and the district's insurer, Lexing­ton Insurance Company. The district is looking at a $100,000 deductible, which will come straight out of its already tightly stretched finances. The good news is that, on Nov. 25, President Barack Obama signed a disaster declaration for Travis and 14 other counties hit by the flood. That means AISD may be eligible for FEMA grants to cover some of that $100,000 gap. "We probably won't get the full reimbursement," Turn­er said, "but it's in the order of 75 to 80 percent."

Yet there's still a lot of money being spent that no insurance will cover. Luckily, only around half the campus was flooded, meaning that half the students in grades 2-5 are still there. But the classrooms configured for the pre-K, kindergarten, and first grade students were damaged, so now the district has to cover the extra transportation costs of shipping Palm's youngest students on the 20-mile round trip to the former Allan Elementary, whose classrooms were de-mothballed to receive them. Then there are the operational costs of effectively running two half-campuses, and the impact on the community and professional support programs now housed at the old Allan campus.

Finally, there are the costs that are not on the district's books. The dirty secret of modern American schooling is that many teachers foot the bill for their classroom supplies, and that's particularly true for those teaching younger kids, where craft supplies play a much bigger role than textbooks. When the floods hit, teachers lost the materials they need that they paid for out of their own salaries.

Just as the district doesn't cover those costs under regular circumstances, it's not covering the replacement costs now. However, there's at least some effort coming from the administration: The Office of Inno­va­tion and Development has launched a fundraising site. And individual campuses have stepped up to assist as well, with Zilk­er Elementary families donating $325 in gift cards for Palm teachers.

Noble gestures, but why can't the district just reach into its budget and cover those costs? Education Austin President Ken Zarifis says: Don't blame AISD; blame the state. The fact is that teachers are paying hundreds, even thousands, out of their own pockets every year to make their classrooms into inviting spaces for kids. As a former middle school teacher, Zarifis has footed those bills himself, and, he said, "It's a lot of those basic supplies ... highlighters, markers, extra paper, things that couldn't be supplied in my classroom."

Zarifis argues the state should foot the bill through regular funding; instead, he said, lawmakers have created "an unstated expectation that teachers should pay for their basic supplies. ... We have a finance system that has been starved by our state for years, and has increasingly made demands upon the teachers." Those costs are a particularly brutal blow for the staff and administrators at Palm, he said: "There are enough challenges and frustration dealing with a flood, never mind resupplying your classroom."

It's inevitable that this kind of flood will happen again. So, beyond the repair work at Palm, AISD is installing additional drainage and landscaping to help reduce risk of water damage districtwide. That money has been built into construction bonds and – after incidents like Palm and the House Park flood – will probably be more of a component in bond packages long-term. However, Turner said, "All that's pretty expensive, so we've had to do it in stages."

That's a degree of fiscal foresight seemingly lacking at the state level, where statewide leaders and the Texas Education Agency are still embroiled in yet another legal defense of Texas' unconstitutional finance system. Zarifis argues that what's happened at Palm is simply more evidence for the prosecution: that the amount each teacher contributes is a pebble thrown in the massive chasm the state has created by hacking away at basic finances. He said, "If each teacher is spending $500 to $1,000 a year, we're talking $50,000 to $100,000 for each campus."

To make a tax-deductible contribution to the Palm flood fund, visit co.clickandpledge.com/sp/d1/default.aspx?wid=109163. 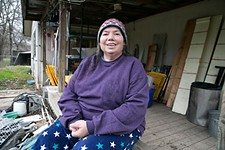 City Council: All This, and Bull Creek Too
Council adopts budget after two grinding days of debate