Neville the Dog Finds a Home 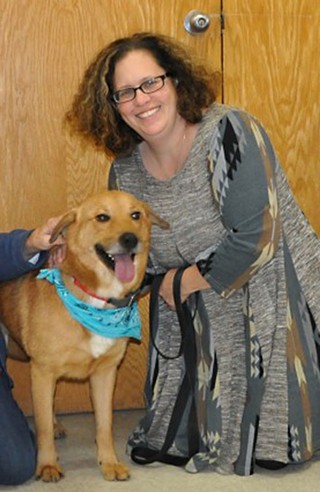 Neville and his new mom (Courtesy of APA!)

After a two-month struggle to exonerate Neville, the shelter dog that bit a boy on Sept. 22 and was to be euthanized, Austin Pets Alive! announced Tuesday that the lab mix has found a new home. Under the county's conditions for Neville's release, his new owners must 1) register Neville as a dangerous dog, 2) keep him on a leash when he's not in an enclosure, and 3) take out an insurance policy.

APA told the Chronicle in October that those conditions wouldn't prove a barrier to adopting Neville out. And, wow, were they were right: So many people stepped forward that they had to start trying to match up disappointed volunteers with other homeless animals. "We don't yet have specific foster homes or adoptions we can directly attach to Neville's story, but we were fortunate enough to raise enough funds to cover his medical expenses and legal expenses thus far," said APA media contact Amanda Potter-Laycock.

Neville's new owners already have other dogs and a cat, but they tell APA Neville is adjusting well to his new housemates. And as for the outburst that got him into this mess in the first place, well, APA said they've got that figured out, too. Neville saw a vet at the end of November, which revealed moderate arthritis in both hips – which they said explains why Neville might "overreact to being touched in the wrong place." Vet David Allman suggests the family keep Neville's jumping around and horseplay to a minimum.

That helps close the gap between what was described by APA volunteers as a sweet dog who'd been successfully fostered and one that would open a wide gash in a 2-year-old's face. APA volunteer Vicki Evans told the municipal court she spent a lot of time with Neville when he came in as a stray. "He was very ... well-behaved in the play yard," she said. "Out on his walks, he was a perfect gentleman. He was a little afraid of moving vehicles, you know ... but he didn't bark at people on bicycles or strollers or anything. So he was ... he was a very good boy."

Mike Kaviani, dog behavior program manager for APA, reviewed surveillance tape of the incident: The boy can be seen approaching Neville in the play yard (accompanied, but not closely watched by either his mother or uncle). He describes in an affidavit how Neville freezes when the boy begins patting him on the hindquarters. "The dog stiffens, closes his mouth, and stops panting, and the ears immediately pin back," said Kaviani.

After about five seconds, Kaviani estimates, the boy moved closer to Neville, reaching his right arm under the dog's neck, as if to hug Neville. "The dog turned, bit, and quickly released," Kaviani said, "then followed through and backed the child away with another quick bite and release." After­ward, Kaviani said, Neville crouched and backed away submissively, leading the 12-year animal training veteran to conclude: "In my opinion, I classify this incident as a defensive, provoked, and inhibited aggressive act." 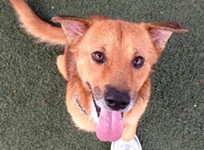