Monday's community forum on APD's pending implementation of body-worn cameras made evident the work the department must still complete to finalize its relevant policies and begin deployment, and how ideologically distant concerned citizens will remain when officers begin wearing these cameras on the streets.

On the matter of implementation, APD has until Sept. 1, 2016, to begin deployment of 500 body cameras, though estimates last month suggested it could happen as early as July 4. Downtown officers substationed at APD's Eighth Street headquarters will be the first to wear the cameras. That includes foot patrol on Sixth Street and by the ARCH, as well as others in the department's central west command. APD Technology Commander Ely Reyes said that no bids for proposed services have been submitted, so any specifications concerning what the cameras will look like or where they'll go on the officers' bodies aren't yet clear. Reyes did mention a number of requirements determined both by the law laid out in Senate Bill 158 (which grants money to local law enforcement agencies to begin the use of body cameras) and departmental needs. Before submitting any bid proposals, APD must finalize activation and deactivation techniques; how footage will be stored, and for how long; policies for videos that involve use of deadly force or lead to investigations of involved officers; and specifications for certain capabilities (like audio/video quality). Otherwise, Reyes said that a number of the policies will be gleaned from existing dashboard-camera standards. "We've had our in-car system for many years, and that policy has evolved over time," he said. "By incorporating [the law and dash-cam policies], we're coming up with a comprehensive body-worn camera policy."

However, what became clear over the nearly two-hour discussion Monday night was that many in the community don't believe there's enough citizen input on issues relating to the new technology. Body-worn cameras were born out of necessity, and an accepted need to create more accountability between civilians and police. The events in Chicago last week, in which police finally – after 13 months of dodging requests – released the police video of Laquan McDonald being shot 16 times by Chicago PD Officer Jason Van Dyke, represents the most recent in a succession of incidents throughout the country that have given the public cause to grow increasingly concerned with the restrictions police departments can place on the publication of potential evidence of police misconduct. That information, accountability activists say, should be public, available to be seen by the people who pay police salaries. The mindset brought a number of questions centered around when the public will have access to videos generated by body cameras, as well as follow-ups concerning penalties for policy violators. In each case, the answer provided reinforced the reality that APD, the District Attor­ney's Office, and the Office of the Police Monitor will have control over each video before its public dissemination. That means the three offices will have access to view it, interpret it, and arrive at a set of conclusions before any other interested party – be it someone who may be involved in a filmed incident, or otherwise – gets a chance to review the tape. The same rules currently apply for the release of dashboard camera footage.

It's not surprising, but it may miss the point. Part of the value of body cameras is that they create additional accountability and evidence. The decision to give APD, the D.A., and the OPM control over the videos doesn't necessarily jibe with the public's idea of transparency. The prevailing rhetoric once again becomes a form of "trust us" – a request that's easier for some than others to entertain. 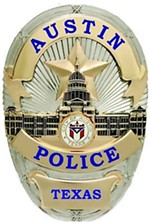 Activists, Council Push APD On Body Cam Video Policy
How and when footage is released at question