Working Overtime, but Not Getting Paid for It 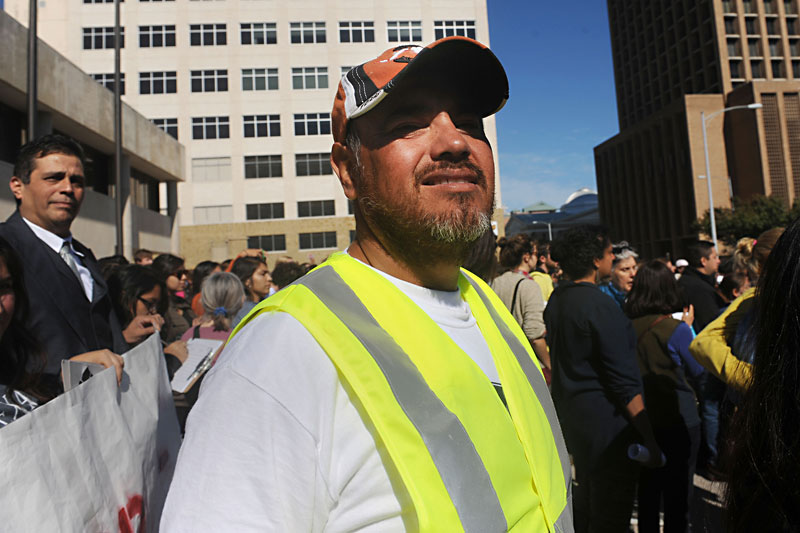 About three months ago, Alejandro Gut­i­er­rez Vega went to a construction site on the property of the Domain shopping center in search of a job. Gutierrez Vega, a Mexi­can immigrant, has lived and worked in Austin for 20 years. For a long time, he worked for various large companies, doing things like pouring cement and working with heavy machinery. But recently he wanted to change his line of work, because working those jobs was hard for someone reaching middle age. He had been instead doing remodeling and painting, but at the time he went to the Domain, he had lost his last job and needed to find something immediately. "I have to pay my bills," he told the Chronicle, in Spanish.

Gutierrez Vega began working at the site, building the base of a building's second floor. He said the work was very dangerous. He was given no safety precautions and no harness; "no one uses anything for safety," he said. "They don't tell you anything, except you need to bring your own helmet" (according to federal law, helmets are supposed to be provided by the employer).

After a few days on the job, the section Gutierrez Vega and the others had been working on was finished, and another group of workers was set to begin framing. Wanting to continue to work, Gutierrez Vega again went directly to the subcontractor, Marcos Don Juan Velazquez.

Gutierrez Vega was paid in cash each week. He worked in a team of three, and one person was in charge of keeping track of hours for the trio, but nothing was written down. Instead, that person kept track of the team's hours in his head, and Gutierrez Vega was paid for approximately the amount of time he worked. Except: Although Gutier­rez Vega worked about 45-50 hours each week, he said he received no overtime pay, but was instead paid $11 for each hour he worked. (For example, if he worked 50 hours one week, he received $550.) There was no talk among the workers about overtime, but Gutierrez Vega knew that he was supposed to be paid time-and-a-half for each hour he worked after hitting 40 hours per week because "I've worked in other places and I knew about overtime." He was taken aback that his employer would treat him and his fellow workers this way. "The job is a commercial project, it can't be possible that they pay like we're building a little house."

In addition to the alleged wage theft, Gutierrez Vega said that the site was unsafe. When he was working for the first subcontractor, his supervisor fell from the building and hurt his back. Later, while he was ripping out some drywall, Gutierrez Vega stumbled over a pile of trash – he said the site was covered in trash – and hurt his leg. He stayed home for two days, then went back to work, not wanting to miss any more time. At the end of the day, his knee was swollen and painful, requiring a trip to the doctor. His employer provided no insurance or workers' comp. During Gutierrez Vega's time at the site, an OSHA complaint was filed for unsafe working conditions.

Eventually Gutierrez Vega became fed up with the lack of overtime pay, and went to Workers Defense Project, where he has been a member for a few years, and asked for help filing a notice of nonpayment of $365.54, which he sent on Nov. 13. Marcos Don Juan Velazquez was Gutierrez Vega's direct employer at the site; however, the site's general contractor is Amicus Con­struc­tion, owned by Robert Shaw. (When asked for comment, a representative for Amicus, which is based in Dallas, said that she had not received the notice, and "I have no idea what you're talking about.") Another of Shaw's companies, Columbus Realty Part­­ners, is set to be part of the team responsible for Capital Metro's Plaza Saltillo project.

WDP Better Builder Director Bo Delp told the Chronicle that Amicus' use of Marcos Don Juan Velazquez as a sub raises concerns for WDP about Shaw's companies' commitment to worker safety and living wages in general. Delp wrote in an email, "We were appalled to learn that Robert Shaw and his business partners are poised to profit greatly from the development and construction of Plaza Saltillo, a taxpayer asset, while his construction company is subject of an open and ongoing federal investigation for unsafe working conditions at the Domain. This development does not reflect Capital Metro's values, nor the community at large, and should disqualify the joint venture between Endeavor Real Estate Group and Robert Shaw from being awarded taxpayer funds to build on public land without providing living wages, safety training, workers' compensation, job training, and independent on-site monitoring for construction workers." 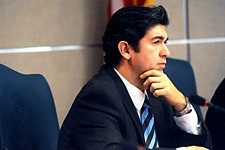 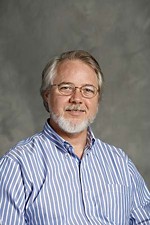