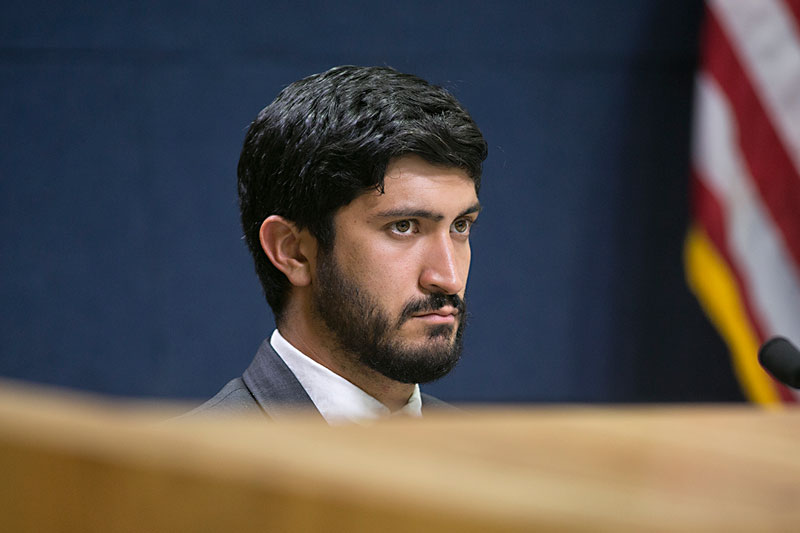 Last Thursday's City Council headline item was "accessory dwelling units" – colloquially known as "granny flats" – and specifically, the question was whether to loosen the restrictions on building these small secondary apartments on otherwise single-family residential lots. Following invited public testimony and a lengthy dais discussion, the primary zoning limitations – allowable lot sizes and on-site parking requirements, with some related restrictions – were loosened sufficiently (at least near "transit corridors") to facilitate ADUs on an estimated 9,000 residential lots. In theory, the changes should make it easier (and cheaper) for homeowners to build secondary units, making an incremental dent in the urgent citywide need for additional housing.

Initially, the proposal (carried primarily by District 4 Council Member Greg Casar, who chairs the Planning and Neighborhoods Committee) would have covered much more of the city and as many as 60,000 residential lots – but Mayor Steve Adler persuaded Casar to restrict the initial ordinance (via zoning categories) to the smaller range. That compromise was the version Council approved, by a 7-4 majority.

The immediate effect is likely to be quite modest, at least in terms of the "100,000 units" that Adler has repeatedly described as needed for the city over the next 10 years (while simultaneously preserving another 35,000 units). Council did leave open the possibility that the CodeNEXT process (the ongoing rewrite of the city's land-use ordinances planned to reach completion sometime next year) would allow for greater latitude toward ADUs and encompass more neighborhoods. But CodeNEXT might also foreclose more ADUs – and considering this Council's instinct for delay, and how long it's taken to get this far (the public hearing on the matter took place in June), I wouldn't hope (or fear, if that's your inclination) that ADUs will be popping up all over Austin anytime soon.

Nevertheless, the debate was interesting in what it reflected about the perspectives of the council members, and of the developing fault lines on the dais, particularly over land use. Nearly three hours into the occasionally heated discussion, CM Delia Garza considered the choices. "You know, for me," she said, "this isn't 'the neighborhoods' against 'urbanists.'" Garza said her own position isn't particularly ideological, and that she had found things to agree with from all of the invited witnesses – pro and con – who had testified earlier that afternoon. But she balked at an amendment proposed by Mayor Pro Tem Kathie Tovo that would have allowed neighborhood associations to "opt out" of the ordinance, and effectively forbid their neighbors to build an accessory dwelling, either for family members or renters. "What makes sense logically," Garza said, "is if a majority of a neighborhood does not want ADUs, then the majority of the neighborhood won't build ADUs." 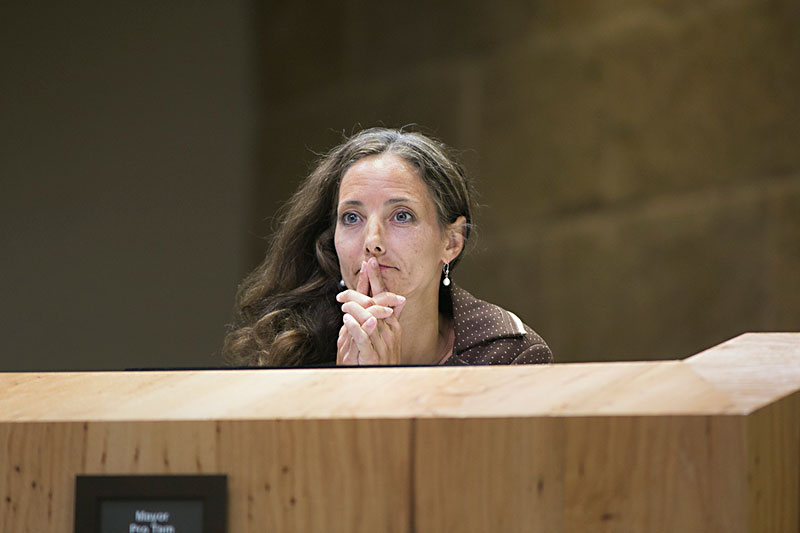 Garza's viewpoint prevailed on Tovo's amendment – as did the overall Adler/Casar compromise – joined by CMs Sabino "Pio" Renteria, Don Zimmerman, Ellen Trox­clair, and Sheri Gallo. The four nay votes were Tovo, Ora Houston, Ann Kitchen, and Leslie Pool, each of whom voiced variations on "protecting the neighborhoods," from either additional density or presumed inadequacies in the "process" (i.e., defer to the NAs, to the boards and commissions, or wait for CodeNEXT). The ayes were a seemingly unlikely (and perhaps temporary) alliance among progressive advocates for more housing options (Adler, Garza, Casar, Ren­te­ria) and the conservative defenders of property rights (Zimmerman, Troxclair), with Gallo somewhere in the middle. On land use, at least, that might come to represent an ongoing division on the dais.

It's more complicated than that, of course, and Renteria was eloquent on his own neighborhood and his belief that the construction of ADUs, even under current regulations, had allowed families to stay in homes they would otherwise have vacated because of property taxes, and generated neighborhood diversification and economic development. Houston countered that her experience was the opposite – that housing affordability solutions promised by the city had instead driven up District 1 prices and driven out original homeowners. ADU proponents conceded that in and of themselves, the new units would not drive down prices, but insisted they should create more housing options across the city by at least becoming among the cheapest options in whatever neighborhoods they might land. Invited witness Stuart Hersh had recounted the history of ADU bans as, in part, the heritage of Jim Crow laws, and told Council, "Supply is not the only answer [for affordability], but it's part of the answer."

Going forward, it will be interesting to see if the alliances hold. On even more contentious matters like short-term rentals, there's a different balance – and the ADU ordinance dutifully includes redundant restrictions on STRs. Later in the evening, a 10-1 majority endorsed stringent requirements for "on-site" affordable housing (instead of fees-in-lieu) in planned unit developments – that are quite likely to make PUDs and any residential units they might add to the urban mix even rarer than they are now. Council also voted to establish three new homestead preservation districts – whether the tax increment reinvesting mechanisms they require (still not in working order for the existing Eastside HPD) will ever be in place, remains an open question. In other actions, Council:

• Approved free swimming passes for all city residents 80 years or older (some council members had objected to the current practice of only awarding free passes to particular residents honored for their advocacy of parks or pools). That passed 10-1, and you can guess the lone "nay."

The next regularly scheduled meeting is Dec. 10, although a special called meeting has been scheduled for 9am, Dec. 3, to continue consideration of the appointment of a consumer advocate for Austin Energy residential customers – Council requested more outreach to additional vendors. The meeting coincides with the meeting of Council's committee of the whole on Austin Energy. For updates, follow the Daily News online at austinchronicle.com.