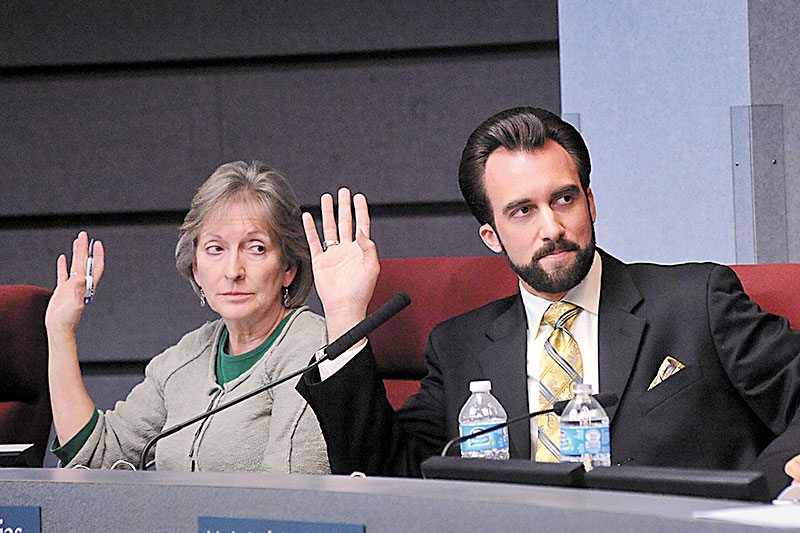 What's in a name? When it comes to Austin ISD facing pressure to remove the names of Confederate officials from AISD campuses, a whole lot of headaches. Board of Trustees Chair Paul Saldaña said, "Every time we start talking about race and racism, people are going to get uncomfortable."

The ongoing discussion initially centered on Robert E. Lee Elementary, named after the commander of the Confed­erate Army of Northern Virginia. Now four other campuses have entered the discussion, due to their namesakes' roles in the Confederacy: Sidney Lanier High; John H. Reagan High; Eastside Mem­orial High School at the Johnston Campus; and William B. Travis High (for its team name, the Rebels, since Travis himself died 25 years before the Civil War). This has rapidly become a burning issue in AISD, with a broad popular opinion that the board can just change a name. As President Gina Hinojosa explained, it's not that simple, but "people are more interested in results than process."

In August, the board handed the issue over to its Oversight Committee on Excel­lence through Equity, Diversity, and Inclusion. As Saldaña sees it, the task is to take volatility and unpredictability out of renaming. He said, "My whole thing is: Okay, well, if we're going to start changing school names, what's the process?"

Renaming campuses is always complicated. For example, Eastside ended up with its unwieldy moniker in 2008 when the Texas Education Agency ordered the closure and reconstitution of the then-Johnston High School. After lengthy public outreach, the AISD board included the old name as part of the new name to ensure a sense of continuity. At the time, there was also intense discussion about avoiding a repeat of the "Old Anderson" fiasco of the Seventies, when the district closed the original Anderson High School in East Austin – the district's first campus for African-American students – and put the name on a majority white campus in West Austin.

Current board policy lays out a clear path for naming a new school, or renaming one undergoing reorganization or reconstitution. Yet it's both unclear and internally contradictory on how to retitle an existing, functioning school. So before the board can argue about whether Lanier's legacy as a poet outweighs his time on blockade runners, or balance Reagan's renunciation of the Articles of Confederation against his time as the South's postmaster general, they need a process.

On Nov. 3, Saldaña's committee recommended to the full board that they develop new language to give them the tools they need. That innocuous proposal split trustees into three factions. The majority seemed to want to move along, and focus on issues like community outreach and the cost of buying new signs. Then Trustee Ted Gordon and Board Secretary Jayme Mathias framed the name change as a moral imperative, with Gordon arguing there was no need for a policy change. Finally, Trustee Ann Teich attacked the proposal as merely set-dressing. A longtime critic of the district's inability to tackle racial issues head-on, especially regarding the growing Asian and first-generation migrant populations, she called the plan a "Band-Aid." If the district was serious about tackling the racial divide, she said, they must lead a citywide process to enact "a meaningful change in people's hearts and minds about how they related to each other. ... Changing the names of schools is not going to do a thing."

Gordon fired back that this all proved Austin is "just another Southern town," that previous boards named the campuses after traitors to the Union, and it was all just "a thumb in the eye" to school integration.

And this is when things got ugly. Teich said the name change advocates included "ivory tower people" – a comment that could be interpreted as a jab at Gordon for his day job as a UT academic. When she started talking about black people she knows at Reagan High who cheer for the Rebels, Gordon goaded her in a comment scarcely picked up by the microphones: "Are they your best friends?" She fired back, "Are you accusing me of being a racist?" and suggested that the board rename every school for the world's most oppressed group – women. Later, each took to tapping the desk and shuffling their paperwork whenever the other spoke. In the awkward aftermath, the issue was punted over to the board's policy committee, which will meet on Nov. 13 and report back to the full board with recommendations on Nov. 30.

The question is whether raised tempers will drop by the next board meeting. Hinojosa said that, so far, there has not been any discussion among trustees about the tension and finger-pointing, but it poses a conundrum for her leadership. While she wants members to "feel completely free to represent their district ... at the same time we need to maintain decorum."

That could also be said for people outside the board. Since the meeting, Teich said she has received "hate emails labeling me a racist by people who only see things in black and white." 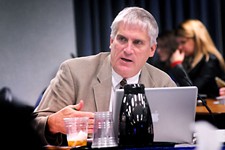