Council: It Never Rains but It Pours 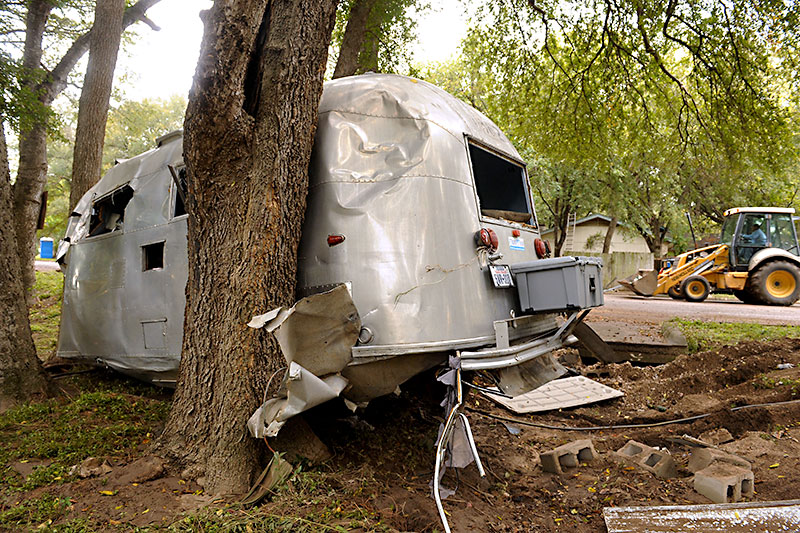 Seems like only yesterday – oh, maybe a year or two ago – when all we worried about in Central Texas was too little water. The permanent drought having been replaced by Austin's wettest year on record, City Council is now breast-stroking as fast as it can to address the most recent floods. That was the subject of Sunday's special-called meeting, which heard dozens of Onion Creek residents hit by both the 2013 and 2015 Halloween floods pleading with the city to move more quickly on buyouts so they might get on with their lives.

Council addressed the most urgent tasks – extending a mayor-declared state of emergency for 30 days, waiving fees and permitting for emergency home repairs, and adjusting the current buyout provisions to allow greater flexibility and less insurance discount on the buyout funds. But the most troublesome question – how to move more quickly for the nearly 300 homeowners still waiting for buyouts, some rebuilding post-2013, then a second disaster – was unresolved. Council asked staff to return as soon as possible with recommendations to try to cut the remaining wait time from more than a year to six months or less (see "Council: It's Floodin' Down in Texas," Nov. 9).

That discussion is not posted to resume today, after a Monday night public meeting at Perez Elementary – primarily for affected residents to receive additional information, but also for council members to get more feedback. At Sunday's session, Real Estate Officer Lauraine Rizer told Council that the primary relocation delay has been the difficulty finding Austin homes in the same price range as the average Onion Creek appraisals; even when reimbursed at pre-flood values, residents are having a hard time finding similar properties within city limits.

That information prompted Council Mem­ber Don Zimmerman to blame city development restrictions for driving up prices and obstructing the building of middle-market homes – his dais neighbor, CM Ora Houston countered, "It's greed." But all afternoon, the contradictions of rapid growth were a persistent subtext. Some residents blamed upstream development for the impervious cover that's aggravating flood risk; but on the other hand, the low supply of affordable housing in Austin's still red-hot market is forcing residents and city staff to look to Kyle, Pflugerville, or elsewhere out of town in hopes of finding homes that the displaced residents can afford. Rizer recommended more buyout funding per home (broadening the potential market range) as one way to address the delays – Council punted that proposal until they get more information, hopefully in advance of the next deluge.

Since the Onion Creek watershed has been redefined as either 25- or 100-year floodplain, the city has bought some 585 homes (most to be demolished over what is now park and flood protection land) – more than 260 of those since 2013. But another 270 homes are awaiting buyouts – a process that requires inspections, appraisals, interagency (city and federal) collaboration, and reams of documentation. Residents insisted they can't wait through all the "lip service," for another flood, while they live in what they're now describing as a "two-year floodplain."

"We need help," went the refrain, "and we need help now!"

But today's meeting (Thursday, Nov. 12) faces a deluge of other matters. This is nominally a "zoning" meeting, with no less than 40 cases on the 81-item agenda. High among today's consent items (Item 2), for example, is a long-awaited new Austin Energy rate structure for "high-load" customers – a category that includes only two companies: Samsung and Freescale. AE has proposed a complex "P4 tariff" that would provide predictability to both the companies and AE, but Council may have more questions about cost and equity. Also, a couple of contract renewal approvals are listed (Items 16 and 17), for public outreach promoting the Affordable Care Act marketplace sign-ups (via the Latino HealthCare Forum and Foundation Communities) that will likely garner backlash from CMs who reflexively oppose Obamacare (i.e., CM Zimmerman).

Among CM proposals, Sabino "Pio" Renteria has proposed Item 27, looking into development regulations that might address projects that will displace current residents – the resolution simply asks for an initial staff review, and at Tuesday's work session his colleagues appeared receptive to the concept. Council appears split on Item 33: the Convention Center Long-Range Master Plan, which includes a staff-proposed expansion. While the Downtown refrain is that Austin has begun to lose the bigger conventions to other cities, a couple of CMs are skeptical that the case has been made for adding capacity to an already-clogged Downtown.

If they get through all that, and survive all those zoning cases, the prime-time public hearing will consider (once again) short-term rental regs, although the specific Item (78) only addresses the proposed one-year moratorium on new Type 2 (non-owner-occupied) STRs, while the more detailed rules remain in development. The work session discussion reflected some confusion about the precise details of the moratorium agreement adopted earlier – on Tuesday, the mayor asked legal staff that the ordinance be drafted flexibly, and Coun­cil could vote or amend accordingly.

It's an agenda built for disputation, not for speed; an extended evening is more likely than not.