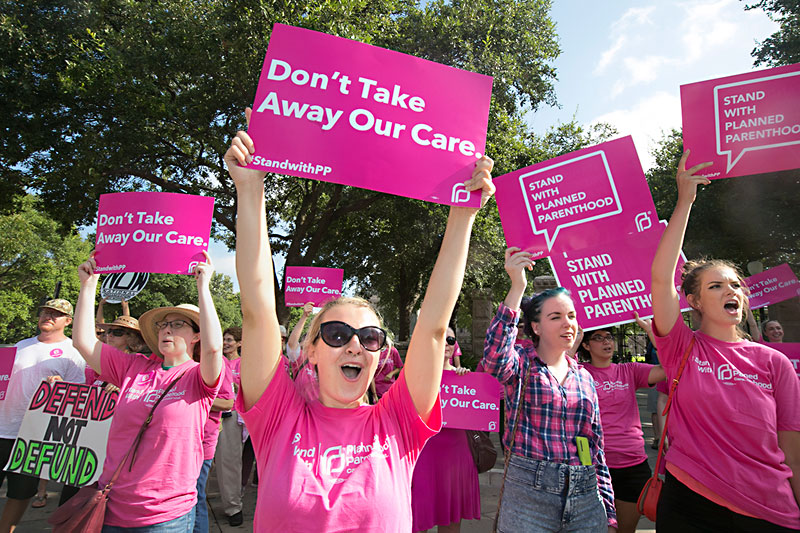 Claiming allegations of Medicaid fraud, but without providing concrete evidence, the raiders demanded patient records, including personal clinical notes, and lab results from 2010 to the present, as well as personal information on all PP employees, including home addresses and phone numbers; and stunningly, they expected all the data delivered just 24 hours later.

"What the state has requested is extraordinary and unprecedented – both in terms of scale and timeline," said Sarah Wheat of Planned Parenthood of Greater Texas. "We are working in good faith to provide the documents. However, it is widely beyond the scope of what seems appropriate."

When asked for specifics on the fraud allegations that spurred the raid, OIG HHSC spokesperson Chris Cutrone said he could not comment on "oversight activities" via email. However, the Houston Chronicle recently revealed that former PP employee-turned-anti-abortion poster child Abby Johnson brought the allegations forth three years ago. The state chose not to investigate at the time because a similar case – settled in 2013 with no evidence of wrongdoing – was in the works.

While PP succeeded in extending the deadline until Nov. 11 and the state later rescinded their request for detailed employee information, this latest assault still raises questions of patient privacy. The Health Insurance Port­a­bility and Accountability Act (HIPAA) protects patient records; but it does contain a number of exceptions, including one for administrative subpoenas. Jennifer Rangel, a local health care attorney, said the OIG has broad regulatory authority to investigate allegations or concerns related to health care fraud by providers who use state or federal funds, but they cannot disclose the information in a public setting. For instance, if a court hearing arose from the investigation, patient names would be redacted.

With anti-abortion activists – many of whom share cozy relationships with state lawmakers – dedicated to collecting as much personal information on abortion patients and providers as possible, including license plate numbers (see "Undercover Audio Reveals Anti-Abortion Tactics," Aug. 12, 2014), private documents in the wrong hands could potentially lead to harassment. Activ­ists like Johnson have doggedly monitored local abortion doctors, including investigating their Austin appraisal district records.

Consulting with HIPAA experts and attorneys, Planned Parenthood is evaluating whether the state has overstepped legal bounds. In the meantime, they deny any wrongdoing and are fighting to protect patient privacy.

The raid is part of a dual attack – it follows the state's decision to cut the provider off from the Medicaid program, which would leave some 13,000 low-income women, including 1,000 Austin clients, without preventative care. The Centers for Medicare and Medicaid Services warned Texas last week that their actions "may be in conflict with federal law." PP has until later this month to respond to the decision.

"To us, this is a whole new level of politics at its worst," said Wheat. "We have never seen this much harassment and intimidation before." 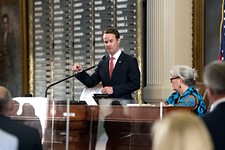 As 5 million Texans Lack Health Insurance, Lege Still Says No to Medicaid
The state's dismally large gaps in health care access have grown even wider during the COVID-19 disaster 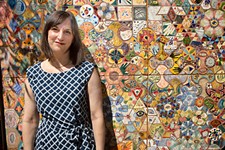 Knowledge Is Power as Nursing Homes Combat COVID-19
There’s a lot we don’t know about the pandemics’s toll in care centers, but what we do know is bad