Despite symbolic votes by Council and County Commissioners Last week, the standard pact outlining the operation of the Travis County Jail was signed – largely a bookkeeping matter formalizing the annual interlocal agreement among various stakeholders sharing the cost of running the detention center. But the latest iteration of that agreement comes with a clause aimed at the county sheriff, who holds ultimate jurisdiction: Ease up on honoring detainers on behalf of federal immigration officials.

"The goal is to continue to pressure the Sheriff's Office to use its discretion in which detainer requests it honors, instead of honoring them all," County Judge Sarah Eckhardt said in a telephone interview with the Chronicle.

The clause is the brainchild of City Council Member Greg Casar. "We're their largest customer, and should have a say on how city of Austin residents are booked," Casar said. He and the rest of Council earlier voted to recommend adding it, CM Don Zimmerman casting the lone dissenting vote. Last Tuesday, Oct. 20, the county commissioners endorsed the clause as well, with Gerald Daugherty the sole member voting against it (Ron Davis was absent).

Indeed, the Immigration and Customs Enforcement agency recently rolled out its Priority Enforcement Program (PEP) in replacing the failed Secure Communities initiative, which had been deemed too aggressive in aiding the deportation of undocumented immigrants – including those detained only on mere misdemeanors but still subject to deportation as a result of their arrest. The backlash against S-Comm prompted the creation of its PEP replacement, a reboot ostensibly designed as a less aggressive deportation effort focusing on the criminal element (see "New Name, Same Game," July 10).

Municipalities had the option to opt out of S-Comm, as they still do with PEP, meaning they can decline to detain undocumented immigrants – or even those suspected of being undocumented – for the additional time needed to allow ICE agents to get to the county jail to process arrestees for deportation. Under S-Comm, the allowable detention time in honoring an ICE detainer was 48 hours, which often stretched longer in practice, as weekends and holidays weren't factored into the official count.

"This issue is really critical from a public safety standpoint," Eckhardt said. "Our job at the county is to ensure the public safety of our residents; immigration status has nothing to do with that mission."

She added the focus on an arrested person's immigration status has resulted in an erosion of trust among vulnerable populations as their members hesitate to report crimes in their communities for fear of deportation. Ironically, that resulting mistrust runs counter to the mission of law enforcement to protect and serve: "Taking into consideration their immigrant status makes us less safe," Eckhardt said. "Public safety depends on trust."

She likened the current fear undocumented immigrants have toward county law enforcement to the message of the Black Lives Matter movement: "If there is less trust, there is less safety," Eckhardt said.

Like Black Lives Matter, the heightened campaign to end local practice of honoring ICE detainers has its own provocative name: ICE Out of Austin, now a national campaign with counterparts in Dallas, Los Angeles, and other cities that haven't opted out of the federal initiative aimed at the undocumented. Alejandro Caceres of Grassroots Leadership is the campaign manager for the local ICE Out program.

"I think it's becoming more and more clear to elected officials to pass symbolic votes," Caceres said of the jail operation clause. "It's time to start thinking of creative ways to use whatever political power you have to somehow stop the deportation from Travis County." 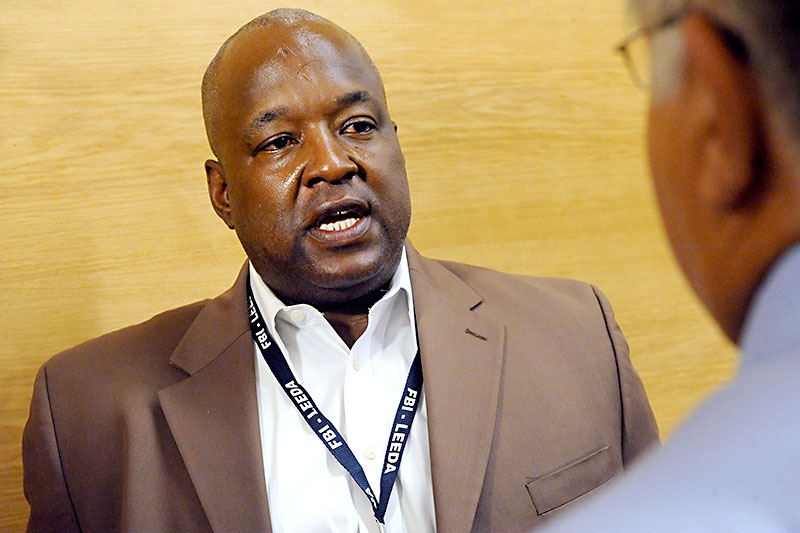 Sheriff Greg Hamilton has repeatedly vowed to continue honoring ICE detainers, claiming that cooperating is not optional, but mandatory (see "Cold as ICE," July 4, 2014). But Caceres is buoyed by talk begun last year among city officials of creating a separate processing center for the Austin Police Department, thus circumventing the need to house detainees in county jail – including those subject to deportation on whom the sheriff would normally place detainers.

"It wouldn't resolve the deportation issue, but it would drop deportations by at least 80 percent," Caceres said, adding that he sees the clause in the latest jail operation agreement as a further step toward that goal.

The clarion call to be more receptive to immigrants in general has grown in volume of late. Earlier this month, Eckhardt was joined by Mayor Steve Adler, Workers Defense Project members, and others calling on Gov. Abbott to drop a lawsuit preventing President Obama's executive actions toward immigration reform from taking effect; last month, the city's Commission on Immigrant Affairs unveiled an exhaustive study spearheaded by its chair, Angela-Jo Touza-Medina, demonstrating how most respondents view the city as only "somewhat welcoming" (see "A Somewhat Welcoming City," Oct. 16); and the declared candidates for next year's Travis County Sheriff election – Hamilton hasn't decided whether he'll run for re-election – have publicly stated they would end the practice of honoring ICE detainers.

However, Hamilton's stance is unchanged: "The question was asked and answered in Commissioner's Court," Sheriff's Office spokesman Roger Wade wrote in an email in response to questions by the Chronicle if the new clause would yield a recalibration of its immigration-related work with ICE. "The Sheriff's Office will continue to run the jail lawfully and with the safety and security of the citizens of Travis County, our employees, and inmates in mind."