Beside the Point: Making Mental Health a Priority

We can't discount mental illness as a cause of crime

Recently, I've had the chance to interview a variety of people with criminal records, and I've been struck by how frequently the topic of mental health comes up. It's not because anyone is trying to avoid blame for their crimes. Many of the people I interviewed credited going to jail or prison as a wake-up call. They may not uniformly believe that incarceration was the appropriate wake-up call, but they all, to a person, agreed something needed to change in their lives. But most believed that their choices were influenced by mental health problems.

We would be doing everyone a favor if we stopped thinking of mental illness as an excuse for bad behavior but instead accepted it as a possible contributing factor that we might be able to mitigate, preventing crimes before they occur.

Part of the resistance here is that we don't want to let people off the hook, legally. If we take a killer's mental illness into account, aren't we opening the door to a "not guilty by reason of mental insanity"?

Not really. Contemporary law severely curtails a defendant's ability to use insanity as a defense, although mental illness is more commonly used as a mitigating factor in sentencing. In order to get a "not guilty," a defendant must show that "as a result of a severe mental disease or defect, [he] was unable to appreciate the nature and quality or the wrongfulness of his acts. Mental disease or defect does not otherwise constitute a defense." Pointing out that the type of person who would not only consider murder but also go through with it might have benefited from better (or any) mental health care is not the same as saying that he didn't understand that he was breaking the law when he committed the crime. 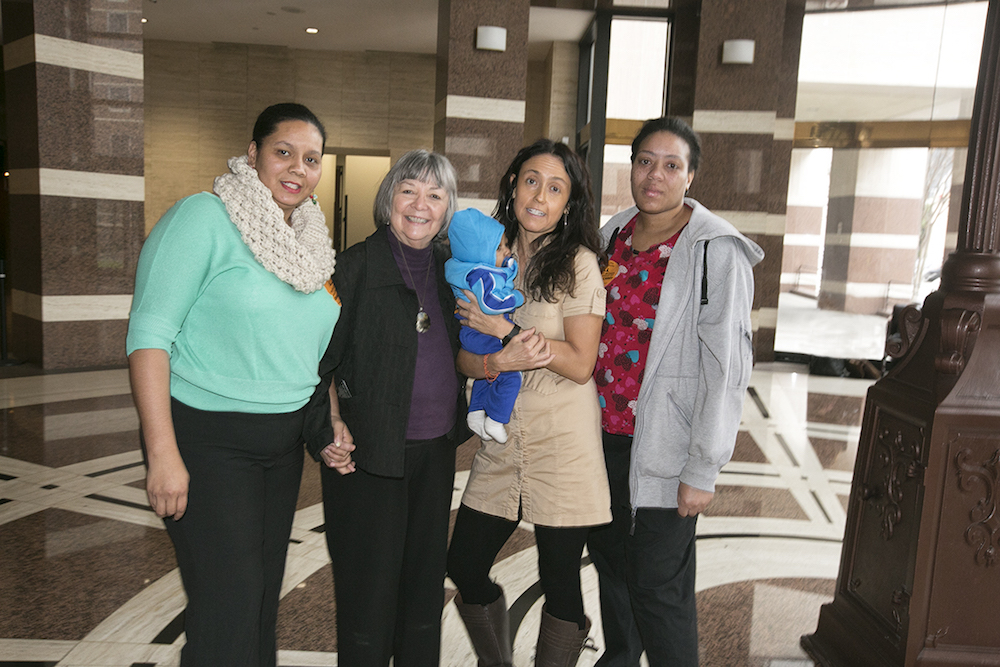 Another objection to talking about the link between mental health and crime is that we spend a lot more time asking what makes middle-class white boys snap than we do wondering what leads people of color to commit less sensationalized crimes. That's unfair, but I disagree that means we should stop wondering what causes people to be violent. It's not that we spend too much time pondering the mental health of white mass murderers, it's that we don't spend enough time looking at how untreated mental illness is contributing to more mundane crimes.

The stigma faced by people who admit to a less than cloudless disposition has lessened in the past few decades, but it's far from gone. Yesterday, a lawsuit was filed to remove Dallas County's embattled District Attorney Susan Hawk, alleging that Hawk's "depression and severe mental illness incapacitates her ability to perform the duties of that office." (For those who haven't been following Hawk's travails, I recommend the Dallas Observer's continuing coverage, which has been thorough and clear-eyed.) Hawk's in trouble in part because she's been caught in several lies, some of which have involved her treatment for depression and addiction. Unfortun­ately, she's attempted to excuse her behavior by blaming her mental illness. I wish the person who filed the suit had chosen to focus on the impropriety of what Hawk has done, rather than what she claims is the cause of her behavior. There's a world of difference between the person who acknowledges being treated for a mental health disorder and takes responsibility for her actions, regardless of the cause, and the person who excuses whatever havoc she wreaks on her illness, as if it were a get-out-of-jail-free card. And, of course, the problem with saying a mentally ill person is not responsible for her actions is that when she wants to be trusted, no one will have confidence that she's actually in control of her decisions.

This stigma not only inhibits people from seeking help, but it also penalizes those who do. Licensed midwife Paula X. Rojas, who is part of Mama Sana, a volunteer collective of midwives and doulas focused on caring for women of color, believes we need to be aware that low-income mothers of color face greater scrutiny from health care providers than do middle-class mothers, and that the fear of CPS becoming involved if mental illness is brought up is real. Paradoxically, those same women are more likely to experience outside stressors such as food, housing, and job insecurity that can lead to mental illness. Rojas says there needs to be more culturally competent and culturally relevant care available to people who may not have had positive experiences with traditional health care in the past. Although Mama Sana is working to advocate for more of those services, as well as a greater awareness of the resources that already exist, considering how inadequate access to health care in general is in Texas, it will be a long time before everyone who needs mental health care can get it, unless there's a dramatic change in our priorities.