Tweak in PUD rules preempts the Grove at Shoal Creek 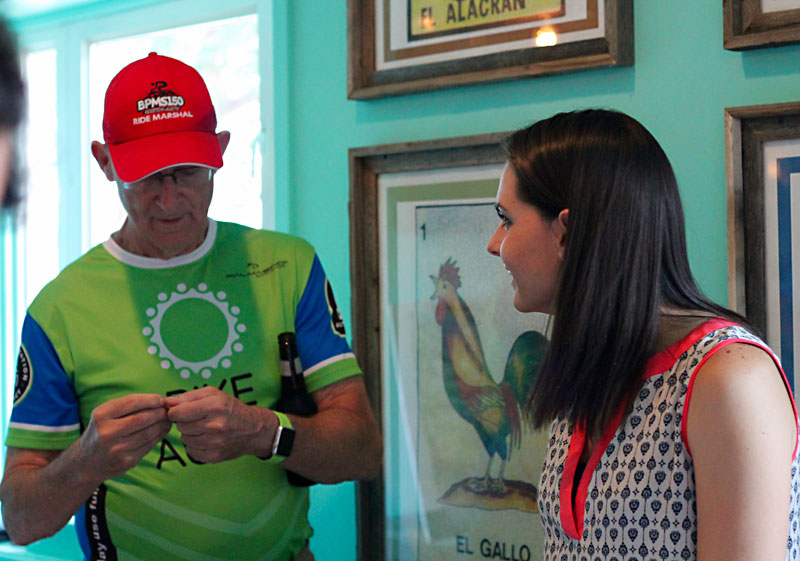 Residents gave input on possible bike infrastructure at a Friends of the Grove meeting Aug. 29. (Photo by Nina Hernandez)

Two months ago, the situation surrounding the proposed planned unit development at the 75-acre tract of land at 45th and Bull Creek couldn't have been more tense. The Bull Creek Road Coalition – a group of surrounding neighborhood residents – struggled to bring the developer, ARG Bull Creek, Ltd., to the negotiating table. A separate group of density-supportive residents, feeling that the BCRC's approach wasn't constructive, splintered off into the Friends of the Grove, and began to cultivate its own, more symbiotic relationship with ARG.

These waves of contention, it appears, have largely settled. The BCRC and Garrett Martin of ARG met face to face two weeks ago and agreed to secure a mediator to resolve their differences. Sara Speights, president of the BCRC, said she's hopeful. "I don't think we're that far apart," she said. "I think Garrett Martin really wants a good development. And I think he'll keep coming back to the table to try and get that. And we'd just like to, you know, get there, too."

Meanwhile, the Friends of the Grove, which was created specifically to support and influence the development, has become a full-fledged neighborhood advocacy group with a more rigid structure and bylaws. They meet today, Oct. 8, to hash out details and nominate a board. "I think what's really helped people see the value in joining our group is that we have worked with Garrett [Martin] to schedule meetings where people can come in and have their individual voice heard," Natalie Gauldin, FotG co-founder, told the Chronicle back in August. "Which is something I felt like I was unable to do with the format that a lot of the existing groups had."

Throughout the entire saga an email blitz from angry homeowners walloped City Coun­cil and local media outlets. Their concerns: open space, possible runoff and flooding from Shoal Creek, and – above all – increased traffic on streets they say are already packed with cars getting on and off of Mopac. All of that was made worse by the fact that the land was previously unzoned, state-owned property, which takes away the neighbors' ability to submit a "valid petition" to require a super­major­ity of Council to pass a PUD that's rejected by the Planning Commission.

Mayor Pro Tem Kathie Tovo sought to even the playing field with a resolution on Oct. 1, which would have required a supermajority of the council to approve a PUD when the Planning Commission recommends denial. The resolution doesn't touch valid petition rights, but it effectively gives neighbors some recourse if a PUD rejected by the Planning Commission hits the dais. Speights called the proposal "consistent" with the BCRC's position, though its full board has not yet met and voted either way. In response to a question from CM Greg Casar, Tovo noted on the council's message board: "When the Planning Commission ... recommends denial of a PUD zoning, it sends a signal that the PUD may be falling short of the city's goals. PUD is a unique zoning category, and given the level of flexibility it affords, the bar should be high on what actually is considered superior."

ARG said they will continue to monitor the situation and continue their talks with the neighbors, but they are "concerned about the legal authority for the proposed amendment under state law, which distinguishes initial zonings from re-zonings for good policy reasons."

Friends of the Grove, of course, errs on the side of the developers. They, along with everyone else, will wait for the tweaked resolution to return in December. "ARG has stated that they're committed to building a legacy project in line with the Imagine Austin comprehensive plan and we do not want to see them discouraged from following through with their plans," said Gauldin. "We hope that the outcome of this resolution is a situation that is fair for all parties: supportive neighbors, unsupportive neighbors, and property owners."