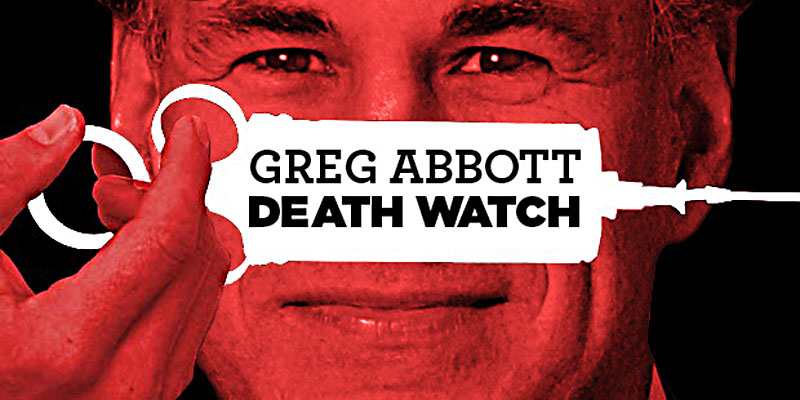 Juan Martin Garcia goes to the gurney on Tuesday, Oct. 6, after five weeks in which the state of Texas didn't execute any inmates.

Garcia, 35, was arrested in Houston in Nov. 1998 after police pulled him over for driving with a broken headlight, and authorities found a .25 caliber pistol in his possession. He was released after the arrest, but apprehended a few days later after police tied Garcia's pistol to the Sept. 17, 1998, murder of Hugo Solano.

Court records indicate that Solano was murdered after a botched stickup that concluded with Garcia and an accomplice – Eleazar Mendoza – shooting and killing the man while he was sitting in his car. Both Garcia and Mendoza were charged with capital murder, but Mendoza had his charge reduced to aggravated assault in exchange for testifying against Garcia.

Garcia was convicted and sentenced to death in Feb. 2000. In Oct. 2001, the Texas Court of Criminal Appeals affirmed his sentence. He submitted a petition for writ of habeas corpus to the state in Aug. 2001 and a federal petition in Sept. 2008, but he was unsuccessful in both attempts. His points – that he was the recipient of deficient counsel, a victim of PTSD as a result of his traumatic upbringing, and mentally retarded – did nothing to sway either court, largely because he did not have a solid case on the retardation claim, his most pressing argument. As his federal appeal noted, by 2008 he had acquired no records of any mental deficiencies, pointing only to grade school transcripts and anecdotal information gleaned from interviews to prove his case.

In June 2014 Garcia tried to appeal to the Supreme Court, but justices refused to hear his case. His attorney, David Dow, tells the Chronicle that Garcia has no outstanding appeals except for a plea for clemency. He'll be the 11th Texan executed this year, and 529th since the state's 1976 reinstatement of the death penalty. The state has plans to execute two more inmates – Licho Escamilla and Julius Murphy – in the next month.

Christopher Wilkins' execution was put on hold in late September to address DNA concerns with the case.

A previous version of this story incorrectly stated that Christopher Wilkins was scheduled for execution in the next month. The Chronicle regrets the error.