The Lawyer and the Hitman 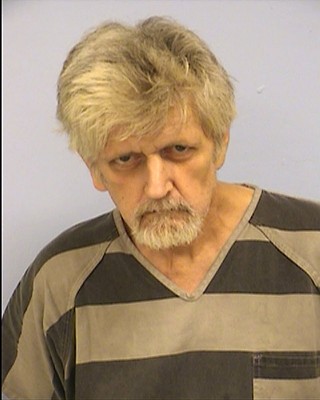 Police arrested Texas attorney James N. Walker on Friday, Sept. 18, for trying to hire a hitman for a murder. The potential hitman, who identified himself to police as only "Joshua," is a heroin user who told Austin Police officers that he purchased his smack from Walker (known to Joshua as "Skip") out of a car dealership near Burnet Road and North Loop.

Joshua told APD that he was propositioned by Walker to kill a third party during a drug purchase in early September. On Sept. 17, APD and Joshua connived to conduct a controlled narcotics buy that detectives were recording. An affidavit for an arrest warrant indicates that the two met for a small sale and discussed the potential murder. Walker told Joshua that he'd receive $1,000 for the killing, in addition to a gun to commit the crime. APD confirmed the validity of the suspected heroin and the identity of the intended victim, and arrested Walker one day later.

Walker, 62, has a track record that includes theft by check in 1993, a DWI in 1996, and drug possession in 2004. He's registered with the State Bar of Texas, though it's unclear if he's actively practicing. He's currently being held at the Travis County Jail Downtown on $100,000 bond.