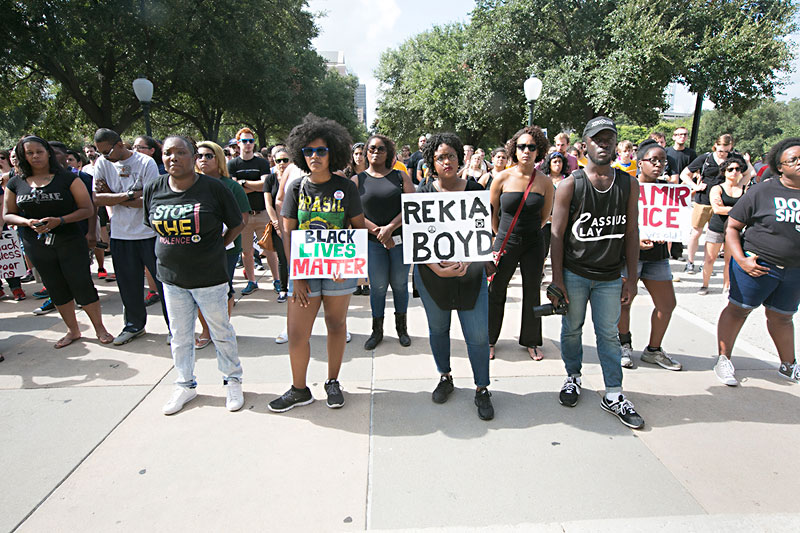 No City Council meeting today (next regular meeting is Oct. 1) – but they're still working up proposed new regs for short-term rentals, focused on "party houses" and a moratorium on new licenses for non-owner-occupied STRs. See "Short-Term Regs Getting Longer ..." Sept. 25.

Massive cuts in services provided by the Texas Health and Human Services Commission, to children with disabilities, scheduled to take effect Oct. 1, have been temporarily blocked by District Judge Tim Sulak. The agency has blamed lawmakers for slashing its budget by $350 million, forcing it to drop Medicaid reimbursements to therapists by up to 25%.

Speaking of the HHSC, a Travis County jury found its former commission lawyer and former Aus­tin state Rep. Jack Stick guilty of DWI. Demo­crats are probably finding particular schadenfreude in the fact that Stick used to be a state and federal prosecutor.

Police Chief Art Acevedo signed a declaration of support for Mexican consular identification documents on Monday as part of a federal lawsuit filed in May by four women whose children were denied birth certificates by Texas' health services department. The effort signals his support for the ID card as a valid form of identification throughout the country. He said APD is currently training officers to better identify the authentic forms of the documents.

Google has been testing six of its self-driving Lexus RX450h SUVs on city roads since July with test drivers aboard. Last week, Google introduced its eight prototype vehicles to Austin roads. The prototypes will also have test drivers aboard and come with removable steering wheels and pedals so drivers can control the vehicles, if need be. The future?!

The Senate's Criminal Jus­tice Committee held its first hearing on jail standards and inmate suicides Tuesday. The four-hour meeting, headed by CJC chair Sen. John Whitmire, D-Houston, saw testimony from policy analysts and law enforcement officials on how to better treat inmates who've shown signs of mental illness. Whitmire said the special study came into place as a result of Sandra Bland's high-profile July 13 suicide, but noted that there have been many other cases this year alone.

The U.S. Congress could be on the verge of shutting down due to the GOP's ideological disdain for women's basic health care. The Repub­lican-dominated House voted 241-187 on Friday to defund Planned Parenthood for one year. It's unlikely they'll win the needed votes from the Senate, so some conservatives are planning to tie the defunding to a larger budget bill which could trigger a shutdown standoff.