Black Austinites make up a disproportionate share of the city's HIV-positive. What can be done to change that? 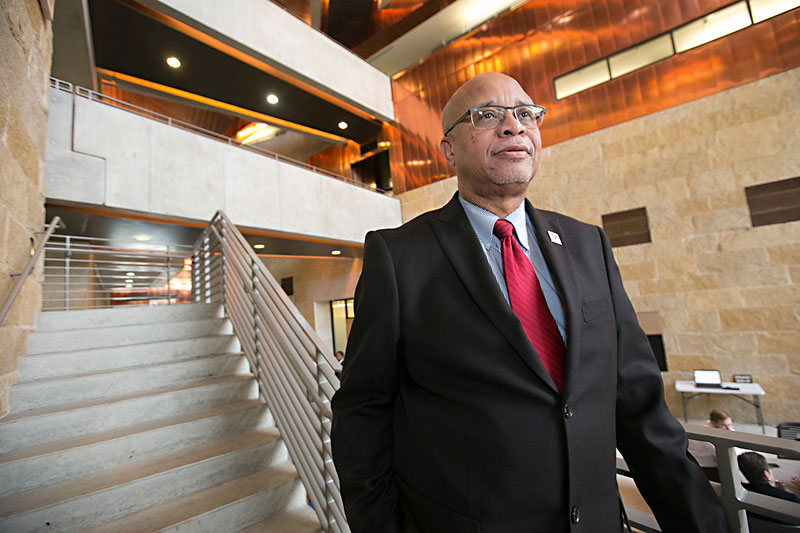 "We've let these populations of color down by not targeting disparities," says Austin PrEP Access Project (APAP) Exec­u­tive Director Ben Walker. African-Amer­i­cans, who represent around 10% of APAP's client population, made up 21.9% of Travis County's HIV-positive residents in 2012, despite only making up 8.9% of its overall population. (See "The HIV Gap," Sept. 11.)

"The thing about what I've seen – I've been [working with HIV/AIDS clients] for over three years now – a lot of people know they're at risk," continues Walker. "When you're looking at MSM [men having sex with men] in particular, condom use rates" are lower than what's needed. "This is a population that's had incessant condom outreach in the last two decades."

For Walker, sex education is both necessary and currently lacking in Texas. "I did intake for a number of nonprofits for HIV for a long time; some people didn't even know what HIV was, how they got it, and what they need to do to treat it. Our clinic right now has a high percentage of younger people. A quarter of our services [are for] people under 25 – young people, ages 16 to 24."

Austin/Travis County Health & Human Services Director Shannon Jones III says his department has put increased emphasis on education: "We're working through educational programs, outreaching to youth [with] an adolescent health program .... We're trying to educate them about the importance of responsible sexual behavior so that they won't end up either with HIV, or other infectious diseases that result in [negative impact on] their reproductive health – particularly young women who aren't familiar with the impact that some of these diseases can have on them long-term."

Walker says his clinic sees people who will ask their doctors about using PrEP, a "pre-exposure prophylaxis," or preventative, against HIV, but are told that they need to use condoms instead. (For more about PrEP, see "Season of Risk," May 22.) "We have a culture that doesn't want to talk about sex and thinks [it's a topic] that they want to avoid," explains Walker.

"I've gone to doctors where they even gloss over a question about sexual activity," he continues. "People come to them saying, 'Doc, I'm not using condoms.' Instead of saying, 'I hear you. You're saying that you know what condoms are. You know how to use them, and you've chosen not to. Here's this other tool that you can use.' They're saying, 'No. You need to start using condoms.' ... If the person is talking about any medication to do with HIV, they send that person to an [infectious disease] specialist. PrEP [is a] frontline prevention tool. It should be [prescribed by] a family medicine doctor or a general practitioner."

Eradicating the stigma and shame attached to homosexuality, especially among African-American males, would likely help prevent the spread of HIV. Many black churches operate with an implicit "don't ask, don't tell" policy. It's considered an open secret that gays and lesbians participate, and are often in leadership positions, but their sexual orientation is not something freely discussed, for religious reasons. As a primary social base for many of the black community's leaders, the church's collective response to HIV has been slow.

Jones, though, says the city has increasing outreach to church leadership. "We have some contract services that we outreach to those populations, where we go into known areas that have high MSM, black MSM populations, and provide education, condoms, [and] testing. We're working with churches and others to try and outreach to both the female population as well as the male population."

Advocacy groups, such as Wright House Wellness Center and AIDS Services of Austin (ASA), have one-on-one programming to assist affected populations. ASA's Healthy Relationships program helps HIV-positive clients learn how to talk about their status with others, and to practice safer sex in order to prevent spreading the disease to their partners. A host of complications – lack of education, economic opportunity, and health insurance, as well as limited exposure to HIV/other STI outreach – severely increases low-income groups' likelihood to contract HIV, and African-Americans are more likely to be low-income.

Wright House Executive Director Leah Graham says it's a matter of perception: "When we're trying to talk about our clients' stories and doing fundraising, and we get our case managers and our people that are working with clients down on ground level, [we] find out what are people facing, what's helping, what would help, those sorts of things. I think there are the people who make the rules that don't understand how the rules affect other people. You have the people up here controlling the money, making the rules, and they're not down at ground level."

Kahron Spearman's brother Joah Spear­man is on the board of AIDS Services of Austin. 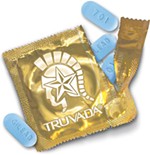 Season of Risk
Austin's HIV rate is on the rise, again. Can a "miracle drug" reverse the trend?