Public Works Committee hears testimony, but it's still not clear if meters are being misread 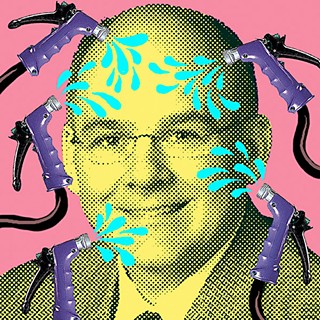 City Council's Public Utilities Committee met Wednesday afternoon to discuss the issue of high water bills around the city. The topic's been a hot one during the hot months as water usage bills have skyrocketed throughout the city (see "Austin Water Woes," Sept. 11). PUC Chair Delia Garza took public testimony for roughly an hour before observing a presentation from Austin Water Utility Director Greg Meszaros.

Meszaros acknowledged that water usage throughout the city was high in July and August but routinely placed blame on the residents being charged by the city – just as Austin Energy, which works closely with AWU, has throughout the issue's duration. He said that his office has taken certain steps to handle the onslaught of calls and complaints it's received over the past few weeks, creating a joint response team between Austin Water and Austin Energy. He said the city provides irrigation audits, and offers payment plans to customers who overshoot their usual budgets, but chose to counter instances of citizen complaints with examples of other citizens being wrong in their assessments.

Council Members Ann Kitchen and Don Zimmerman were the two committee members most adamant about high billing being a city issue. Kitchen questioned the way that AE monitors usage data and asked what could be done to improve the process. Zimmerman, who used to work in industrial process control and said "metering is my professional business," cast doubt on the city's meter reading practices. He repeatedly presented the possibility that the third-party vendors at Corix Utilities that AE hires to handle readings could be just as wrong in their assessments as a resident, who may complain but in fact has a leak on their property causing a high water bill. AE said it expects an audit on its billing practices in the near future.