Council on At-Risk Youth helps those who need it most 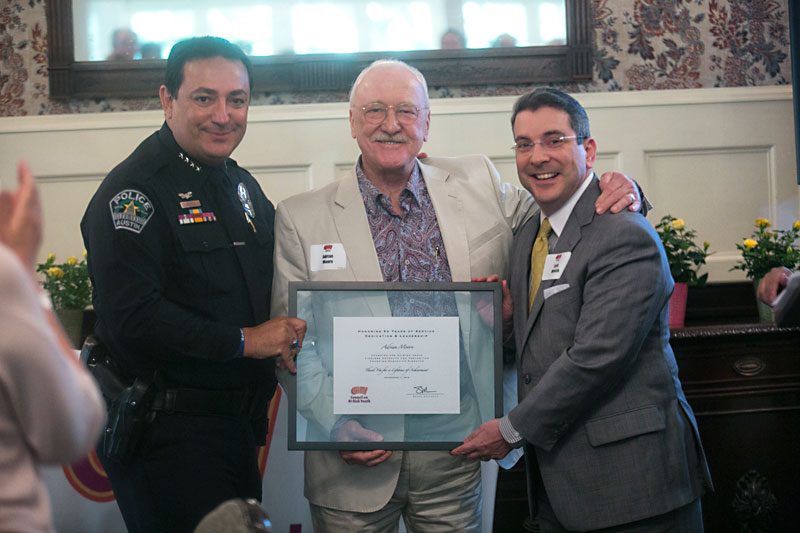 I've recently been spending time in Rundberg, a neighborhood bordered by Highway 183, MoPac Expwy., I-35, and Braker Lane, and bisected by Rundberg Lane itself. The neighborhood is largely residential, with a main thoroughfare characterized by strip malls featuring salons and fast-food restaurants.

I've noticed a distinct restless quality there that I recognize from my time in Chicago. People linger in parking lots and on sidewalks. Empty bottles and scraps of paper dot the gutters. There's an inaction about the action, a languid and slightly menacing rhythm that is especially imposing in the late-summer heat.

I've come to think of Rundberg as a cousin to Dove Springs, the Southeast neighborhood I came from. I concern myself with Rundberg's problems the way I concern myself with those on the street where my family has lived for over 30 years. One of these problems is that of the young: children with issues so severe it takes an uncommon strength and dedication to address them.

Growing up in Dove Springs, I came into contact with my share of "troubled youth." I wasn't a fighter, so when one of these "troubled youths" confronted me, I did my best to walk away. This was as much out of a fear of hitting someone as a fear of being hit. I was also afraid of gangs. At the time, gangs were all the rage at Mendez Middle School, and it seemed possible that any angry kid willing to pick a fight might be somehow affiliated, and that even if I won the fight, I might be jumped again later, making the initial victory moot.

These "troubled youths" did not seem like children to me. I didn't think they needed counseling as much as jail time. With hindsight, having left the limited perspective of childhood, I know I was wrong. I was lucky to have peace-loving parents who had stable jobs and unquestioned citizenship, who wanted the most for me, and who did their level best to provide it. I didn't understand that other children came from different places. It never occurred to me the kinds of fresh hell they might be dealing with at home or on the street.

For 16 years it has been the mission of the Council on At-Risk Youth (CARY) to identify and aid these children. CARY is a nonprofit operating in schools across Austin, including the Rundberg-area Barrington and Hart elementaries, Dobie Middle School, and Lanier High School. They work with children with serious behavioral issues. These are not the kids who are sent to the principal's office for shooting spitballs. They are kids whose patterns of aggression have set off red flags warning of impending jail time. They are children who regularly take part in fights on and off campus, and who may have drug problems or be involved with gangs. In short, they are the children who need the most help.

According to CARY Deputy Executive Direc­tor Shana Fox, a child who doesn't get help could wind up costing taxpayers upwards of $1 million in prison resources. CARY, by contrast, spends approximately $1,000 per child per year. This money goes, in part, to executing the CARY curriculum, PeaceRox, which stems from a program known as Aggression Replacement Training (ART). The CARY website describes PeaceRox as "an evidence-based curriculum that teaches positive social skills, anger management, empathy, and character education." In addition, "individual behavioral training" counsels the child who would otherwise throw a punch to confront a challenge to instead use her words. This training also includes the family, so that the lessons learned at school with CARY staff are taken into the home, where progressive communication skills continue to be put into practice.

CARY's work is important no matter where it takes place in Austin, but it is crucial in neighborhoods like Rundberg. Accord­ing to the city's 2013 Restore Rund­berg Implementation Plan and Research Report, 75% of children enrolled in Rund­berg schools are in danger of dropping out. The report includes reams of data that corroborate the story of a neighborhood situated in almost every way to fail, from a "substantial" immigrant population (many of whom are refugees), of whom 40% are not fluent in English; to its location along I-35, "a major artery of contraband, primarily illegal drugs and human trafficking." This is in addition to large numbers of rental properties that the report says leads to "disinvestment" in the community and a population in flux. All of these issues have resulted in an area with the largest accumulation of incidents of prostitution (34% of the city's total), property crime (7%), and violent crime (11%) in the city.

I know, as a native of and occasional writer about a "troubled" neighborhood, that there is a danger in sharing these statistics. One of the tricky things about under-resourced neighborhoods is that in order to call outsiders' attention to its needs, we have to emphasize the neighborhood's challenges. This can lead to misconceptions that color the neighborhood's reputation, making the difficult job of progress that much more difficult. The point of this story is not to provide more excuses to overlook Rundberg as a place to live, start a business, or raise a family, but to highlight the good work CARY has been doing to make a difference. A Texas A&M Uni­ver­sity Public Policy Research Institute study states that "surveys conducted with parents show that 100% agreed or strongly agreed that they observed improvements at home in CARY students' self-esteem levels, behaviors, following rules and reduced aggression levels." A University of Texas School of Social Work assessment adds that "when compared to a similar group of students, CARY participants had better school attendance ... fewer serious discipline incidents and drug possession reports, fewer suspensions and removals, as well as better grades." Bedichek Middle School Assistant Principal Sarah Szar­zyn­ski, who was a teacher at Dobie for seven years, says most students involved with CARY not only learned, but used, critical methods of avoiding physical altercations, such as seeking help from an adult to initiate mediation efforts. "That alone is huge," she says.

The people at CARY are making positive change, and they are not doing it in a vacuum. They are there because they care, and because the community cares. The restlessness I mentioned earlier is a hopeful one. It is energetic and generous, optimistic and effective. Yes, there is adversity. But "these kids are overcoming that adversity," Szarzynski says. "And they're doing it with pride."

For more info on the Council on At-Risk Youth, including volunteer opportunities, visit www.cary4kids.org.