The state of Texas is applying a curious logic in its latest defense of the school finance system, arguing that the Texas Supreme Court cannot rule on its constitutionality because it's just too complex and evolving.

On Sept. 1, the court took three hours of presentations regarding Judge John Dietz's 2014 ruling that the current system violates the state's constitutional obligation to ensure financing that is both adequate and equitable. On one side, the state's attorneys, hoping the court would overturn Dietz's ruling. On the other, a consortium of education and advocacy groups, calling for them to uphold it.

Representing the state, Solicitor General Scott Keller initially argued this is a legislative issue, not one for the courts, and that other state courts have gotten out of the business of regulating school finance. How­ev­er, Justice Debra Lehrmann pointed out quickly that the Texas court has rejected that position, so Keller shifted tack. The suits were brought in the wake of the massive cuts in the 2011 budget: With so many changes to the amount of cash, how it is distributed, and the school accountability system, he argued, it's impossible to rule on whether the state provides enough cash, or divides it equitably to provide all students with a proper education.

In this latest round in literally decades of litigation, Justice Phil Johnson pondered how Texas "lurches from finger-wagging lawsuit to finger-wagging lawsuit." Yet Mexican American Legal Defense and Educational Fund attorney Marisa Bono argued "the court's doing its job, the state's not. The court has given clear, fixed standards as to what the state must provide under our constitution, but the Legislature is disregarding it."

The court is expected to make a ruling before the end of the year. The plaintiffs hope it will uphold Dietz's ruling, forcing Gov. Greg Abbott to call a special legislative session on school finance as early as April 2016. Calling the Legislat­ure's current investment in education "abysmal," Texas Taxpay­er and Student Fair­ness Coalition attorney Rick Gray noted that, when the court ruled on school finance in 1995, there was $600 per student funding disparity between the richest and poorest districts. That has now soared to $3,600 per student – around $100,000 per classroom – and that's before what Gray called "an exponential increase" in costs for testing and accountability.

As for the state's argument that students are hitting the state standards, Gray countered that of course they do: "The state sets the standard." Moreover, those standards are nothing to be proud of, with only half of the state's students getting a C or better on a standardized test. If the state wants to be judged on outputs, he said, "I think the outputs scream at you." 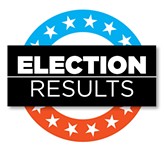