Public Notice: Words to the Wise

You have to know the rules ... 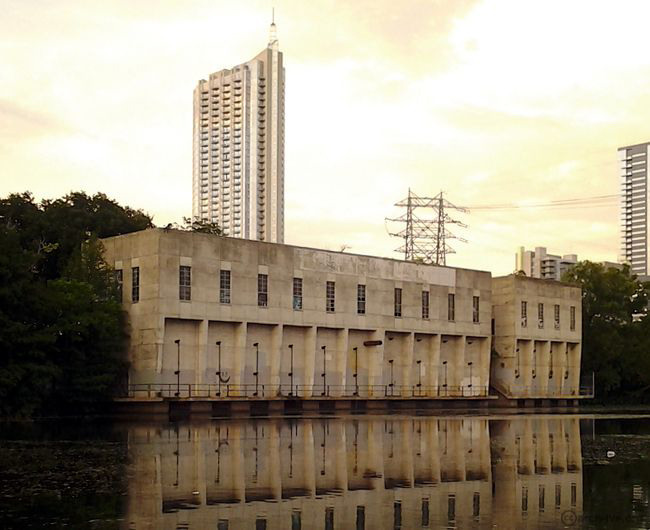 A number of new laws – passed during the recent legislative session – went into effect in Texas on Sept. 1: Tuesday of this week. Be advised that as of now:

• Texans may use their concealed-handgun licenses as valid identification to buy beer. (HB 2739)

• A vehicle may now be left running and unattended, but only if the operator has started the engine with a remote control device. (HB 2194)

• The state no longer provides any funding for breast and cervical cancer screenings at Planned Parenthood clinics. (HB 1)

• Workers at certain bars may no longer ask customers to buy them drinks. (HB 3982)

• There are criminal penalties and civil remedies for "revenge pornography" – posting a nude or sexually explicit photo of someone on the Internet without their permission. (SB 1135)

• Flying drones inside the Capitol building is forbidden. (HB 3628)

• One thousand possible chemical compounds of synthetic marijuana are now illegal. (Chemists are hard at work on 1,000 new ones.) (SB 331)

• Barbers and hairstylists may leave their salons to help Texans prepare for weddings. (HB 104)

• There's an expanded list of places a person can legally abandon a newborn baby. (SB 1279)

• Any person whose driver's license has been suspended for assembling an amusement ride while intoxicated, must be restricted to the operation of a motor vehicle equipped with an ignition interlock device. (HB 2246)

Far be it from me to get in the middle of a fight between City Council and the upper management of city staff (see "Council Wrap-up"). But ...

It is certainly true that at least one council member (Don Zimmerman) has been rude and openly contemptuous of staff who don't deserve that. But it is also true that more than one council member (perhaps a majority) would like to see some shakeups in more than one city department. And, especially given that, the idea that the people with the biggest salaries are automatically entitled to the biggest raises isn't sacrosanct.

On Aug. 28, Parks and Rec­reation Depart­ment Direc­tor Sara Hensley sent a memo to City Manager Marc Ott, complaining about City Council's talk of cutting raises in the current budget. By the time the letter was presented to Council, it had support from 24 other directors. Ott's cover letter noted that "especially the Department Heads and their executive teams, have said they feel undervalued and unappreciated from several of the budget concept menu items."

It's worth noting, however, that these "undervalued" signers are among the highest-paid city employees, with a median salary around $167,000, and stand to get the biggest raises under the current plan for a flat 3% raise. Hensley herself currently makes $185,203, according to the Texas Tribune's Government Salaries Explorer, while the median salary among her department's 1,594 employees is $21,320. So the flat 3% raise which seems likely to sail through next week, will give Hensley a tidy $5,556 annual bump; her median employee (that is, half of her employees make less than that) gets less than $640. Under the stingiest cuts proposed by CM Ellen Troxclair, that median-paid worker would still get $640, but Hensley would get "only" $1,483. Remem­ber that when you hear upper management fret about how "wage scale compression" will discourage lower-level staff from aspiring to promotions.

Oops! I reported last week that the city's Environmental Commission was scheduled to hold hearings on both the Austin Oaks PUD and the Grove at Shoal Creek at its Sept. 2 meeting. While that appeared to be the case at press time, by the time the EC agenda was posted on Friday, both had been pulled for further tinkering. That leaves both cases in limbo for the time being; the Zoning and Platting Commission, which was supposed to hear the cases at its Sept. 15 meeting, can't do so until after the EC does, and the EC's next meeting isn't until Sept. 16.

The Seaholm Intake Facility is an art deco building right on the waterfront, that was once the pump house for the Seaholm Power Plant. The Parks and Rec­re­ation Dept. is managing its redevelopment, and has announced the top two design proposals. They're taking public input until Sept. 13 at www.surveymonkey.com/r/seaholmintake. See more info about the project at www.austintexas.gov/department/seaholm-intake.

Ecology Action of Texas will discontinue operations at its Downtown recycling center, on the I-35 access road at Ninth Street, on Sept. 13, instead of the previously announced Sept. 30 (see "Victory Recycled," June 5). For info on EA's upcoming endeavors, and a guide to other recycling resources available in the area, see www.ecology-action.org.

September is Voter Registration Month and the Travis County Tax Office is running a variety of voter registration initiatives, with the goal of registering 100,000 new voters to get to 90% of the county's eligible voters; see www.traviscountytax.org for more info.

The Austin Public Library helps you clear out your kitchen drawer: Take your old dead batteries to any of APL's 21 locations, which are competing to collect the most batteries for recycling in the 2015 Austin Recharge Challenge. The winning APL location will get a $1,000 donation from Call2Recycle, Inc. to help fund a sustainable project, such as a bike rack or outdoor bench. Deadline is Sept. 18. See a list of locations at www.austintexas.gov/page/battery-drop-locations.