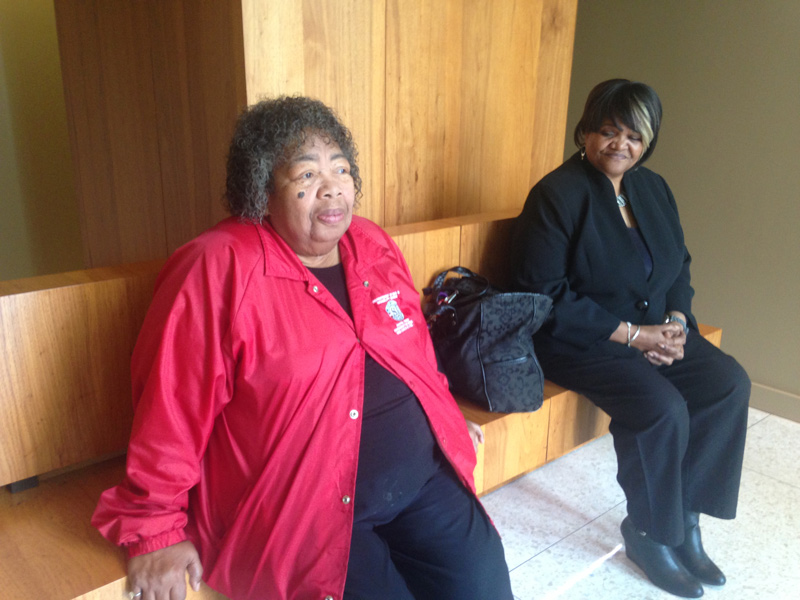 After rejection from 19 landlords across Aus­tin, Dimple Smith's U.S. Housing and Urban Development Housing Choice Vouch­er – commonly referred to as a "Section 8" voucher – was on the verge of getting revoked.

Luckily, she secured a residence in the nick of time (recipients have 90 days to find housing), but it's not ideal. Unable to secure a one-story unit, the 59-year-old, who is disabled and suffers from congestive heart failure, chronic arthritis, and muscle spasms, must make do with a two-story apartment in far South Austin, facing uncomfortable daily trips from her bedroom upstairs to the living room and kitchen area below. But she supposes it's at least better than her previous unit, which was infested by bed bugs; Smith was forced to repeatedly buy new furniture on her fixed income and eventually resorted to sleeping on the floor. "When I was denied so many times, I thought, 'Oh my god, what do I do?'" she said. "The place that I got is my last option. I wasn't sure I could even get up the stairs every day, I'm disabled. I was just so pleased they said yes."

While a city "source of income" ordinance would have protected Section 8 renters from the threat of constant rebuff from landlords, a new state law, which took effect on Sept. 1, invalidates the hard-fought progress won by affordable housing advocates.

In December, Austin's previous Council sought to alleviate the struggle residents like Smith go through by amending the Housing Discrimination Ordinance to add source of income as a protected class. The measure was intended to grant increased housing choice to the nearly 5,800 area families receiving tenant-based rental assistance each month, including Housing Choice Voucher holders. Just a day later, the Austin Apartment Association filed suit, claiming the ordinance forces property owners to contract involuntarily with the federal government (see "Landlords Sue to Block Section 8 Renters," Dec. 19). U.S. Judge Sam Sparks harshly grilled the city's legal team during trial, but ultimately sided with the defendants, one of whom was Smith, who provided testimony (see "Sparks Flare Over City's SOI Ordinance," Jan. 30). The ordinance then got caught up in another legal limbo, as the AAA appealed to the 5th Circuit, which allowed a temporary injunction, but then vacated the ruling, allowing poor renters a temporary reprieve. But then came the legislative session.

With an exception carved out for military veterans, Senate Bill 267 by Sen. Charles Perry, R-Lubbock, bars cities from adopting or enforcing ordinances that compel landlords to accept renters who pay with federal housing assistance – in other words, landlords can keep on discriminating against the disadvantaged. "Businesses should not be forced to partner with a governmental agency that significantly impacts its flexibility and day-to-day operations," said Perry: Accepting vouchers was never intended to be mandatory.

But what happens when it remains voluntary? A 2012 Austin Tenants' Council survey found that 91% of private landlords (544 of 600 across five counties) refused to house Section 8 voucher recipients, relegating the mostly African-American and Latino renters to "low-opportunity" areas with concentrated poverty and higher crime rates – many accepting units near Rundberg Lane and East Riverside; very few were west of MoPac. And the need for wider options is great: Earlier this year, the city's Housing Authority saw more than 19,000 applications (including 2,600 homeless applicants) to fill just 2,500 spots.

"The ordinance could have made the difference between being homeless and having a place to live," said Nekesha Phoenix, fair housing program director at the ATC. "Housing is such an important part of our lives; it determines where your kids go to school, how far you commute to work, how far your doctor's office is. Everybody should have the freedom of choice to live in a higher opportunity area and make a better life for them and their children."

Sen. Kirk Watson, D-Austin, considers SB 267, filed a few days after Austin's City Council passed the ordinance, a shot at his district. "My read is that about 80 percent of the bill was targeting Austin, 10 percent was fear that other cities might do it so we need to get ahead of that, and the other 10 percent was just anti-federal government," he tells the Chronicle. To keep Austin's SOI rule alive in the Lege, Watson offered up an amendment that would exempt ordinances enacted prior to January 2015, such as Austin's.

The amendment made it out of the Sen­ate but died in the House, due, in part, to pressure from City Council's anti-affordable-housing champion, Don Zimmerman. Rep. Tony Dale, R-Cedar Park, succeeded in passing an amendment that applied the law statewide, without an exception for Austin. According to the legislative record, Dale, preaching property rights, said that after consulting with the council member who represents his district – Zimmerman – he felt "comfortable" bringing the motion forward, despite what Rep. Carol Alvarado, D-Houston, called "an agreement to keep this bill intact and to make sure that the city of Austin could carry out the ordinance that they passed last year."

Even more than in previous sessions, retaining control at the local level was touted as a sacred priority among Republicans, but as evidenced by the anti-SOI bill and others – such as the new law making local fracking bans illegal – that priority shifted depending on the issue at hand. "You shouldn't be an appellate court for a municipality that has already gone through its own legislative process, and do away with local control that's already been asserted," said Watson. "It's a good example of how with one side of their mouth, some lawmakers can push for local control, and on the other side of their mouth, they do away with it if they philosophically disagree with the decision."

Echoing the dismay, Fred Fuchs, the Texas RioGrande Legal Aid attorney who represented HCV renters alongside the city, pointed to the Lege's contradictory values. "A locally democratically elected council that decided this would be something positive for the community was trumped by the state Legislature, which presumably believes in local control but not what local control results in, so that's very disappointing," he said. As a result of the law, the lawsuit and 5th Circuit appeal have been dismissed, he said.

With hopes of codifying renter equity for Section 8 residents dashed (though the ordinance will still protect veterans), city leaders are in the process of ramping up efforts to streamline the HCV process for landlords. The multi-pronged initiative includes cold calls by a landlord outreach specialist to encourage property owners to lease to voucher-holding families, and teams focused on ensuring both speedier inspections upon move-in and payments for landlords, as well as educating relevant parties on the program's nuts and bolts. "We are really just trying to let them know it's not that complicated of a program to work with, it actually provides many benefits and guarantees, like monthly rent," said Lisa Garcia, vice president of assisted housing at the Housing Authority of the City of Austin. A possible longer-term goal is to create ways to incentivize landlord participation, such as establishing a mitigation fund to refund damages caused by renters.

For renters like Smith, navigating a city with low apartment-vacancy rates and a shortage of affordable housing, an alternative solution couldn't come sooner. "It's really hard to for us to get a place anywhere – or anywhere decent. We get a lot of no's," she said. "I'm good people; I don't know what else to tell 'em. I pay my rent on time, I take care of the property, but I still get a lot of frowns. There are so many of us, still suffering out here, who still don't have a place to live."