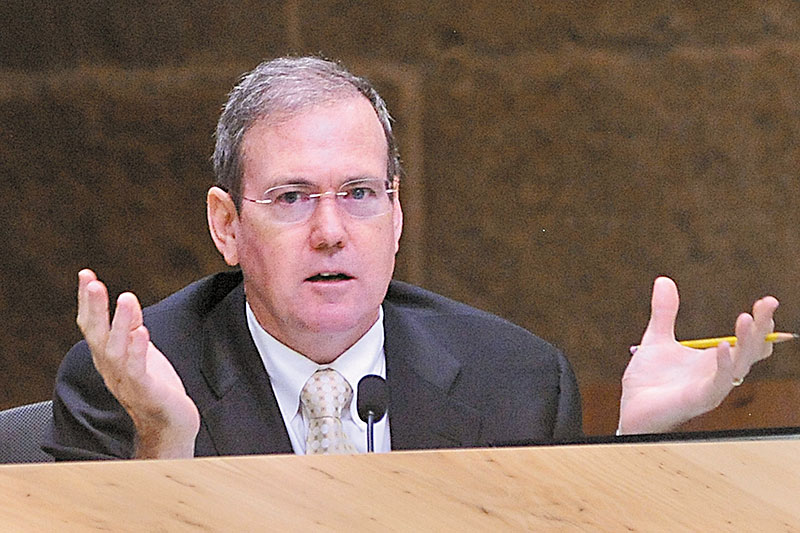 The big news hitting City Council at Tues­day's work session was only indirectly related to the matter at hand, budget development. The evening before, City Manager Marc Ott had forwarded to Mayor Steve Adler and Council a letter from Parks and Recreation Director Sara Hensley, with the support of 22 other department heads, informing Ott that in the current budget process, city staff has come to feel "a serious lack of understanding" from Council, and "a diminished level of respect for the work we do." In his cover memo, Ott described city staff as "understandably" feeling they are "under attack," and added that in his tenure as city manager, "this level of response by employees is unprecedented."

The central document transmitted by Ott was the letter from Hensley, directed to the city manager but clearly with the understanding that it would hit the dais. The most explicit complaints addressed the pending budget amendments on Council's "Concept Menu," specifically several that would delay, reduce, restructure, or otherwise cut the 3% across-the-board wage increase for civilian (non-public safety) city employees that is proposed in the city manager's budget.

Of the various wage-related budget amendments – most proposed by Council Members Don Zimmerman, Ellen Trox­clair, or Sheri Gallo, but including one from Adler – Hensley wrote, "The effects of some of the employee budget concepts are quite simply deflating. They will absolutely have a negative effect on not just the employees, but the City as a whole. ... Maintaining the trust and the confidence of the public is imperative to all that we do. These most important ... values are at risk if efforts to reduce merit increases, remove longevity pay, alter retirement benefits and increase health costs, become a reality." (Although the letter is under her signature, Hensley had consulted with other department heads in drafting it, and one after another sent their support, and congratulated her "courage," in subsequent emails.)

In his cover memo, Ott cites the heavy burden of additional staff work that has come with the new 10-1 Council and its inevitable learning curve, and says that staff considers the various wage-cut proposals as implying they are "undervalued and unappreciated." He echoes some of those concerns, says he continues to support the wage and benefits package as originally proposed, and that he felt "obligated to share these employee concerns with you."

Interviewed during a meeting break, Ott said that staff is also feeling the strains of nearly a year of working in a new Council system (beginning before the members themselves arrived), and being constantly on-call to Council: "It's all new, and we've been working to make this all work, and they're feeling the intensity of that."

Ott diplomatically avoided directly criticizing Council, but said he is concerned by the months-long demands on staff time by the new system, and the consequent loss of day-to-day departmental work. He said staff is feeling "enormously strained," and said of the letter, "In terms of how staff has characterized the overall feelings of staff, so long as that is the case, I get concerned about being able to sustain the high level of performance that Austinites – and even people who know of Austin – have come to expect."

Among the employee concerns was a budget proposal by Gallo that would eliminate all "advertising or marketing" positions in all departments – a catch-all slash that appeared to include the city's nearly 100 public information officers, who are "marketers" in only a very limited sense – they inform public and media of ongoing city activities, and answer myriad public inquiries. Both Ott and the department heads called attention to that proposal, which does not appear to enjoy majority support but is representative of the "concepts" proposed by the three Republican CMs: broad-stroke attempts to cut the budget as much as possible, with little attention to the consequences.

So, as the budget discussion opened Tues­day morning, the mayor spoke at length – virtually a personal privilege speech – reiterating, "Our staff is much loved and appreciated and respected by the people on this dais," and defending his "Concept Menu" as simply a convenient place to park potential budget amendments for purposes of Council consideration or simple discussion. He compared the menu to the spring report by the budget staff on the effects of a 5% across-the-board budget cut – while attributing that exercise entirely to the city manager, calling it a proposal that "no one on the dais would in fact support." 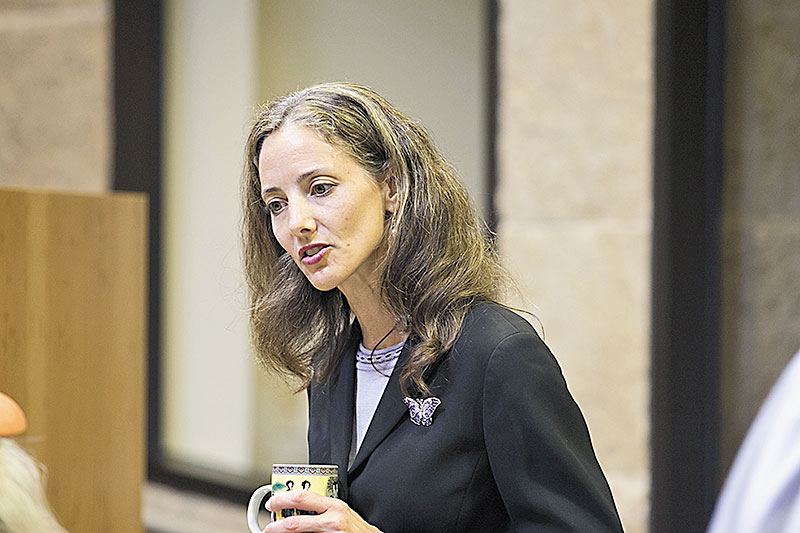 That was inaccurate on two counts: There are at least three people on the dais who would reflexively support such an arbitrary cut, and the spring budgetary exercise was expressly requested by Council (unanimously, as Ott recalls) as a way of gauging the effects of a 20% homestead exemption on property taxes. Public and dais howls ensued over what the proposal would do to APD staffing.

There are perennial and necessary structural tensions between Council (the policymakers) and staff (the administrators) but as former Council Member Mike Martinez tweeted in response to the staff memo, the current tension is "unprecedented." Mar­tinez told me later that while Council needs to hold staff accountable, the same applies to themselves, and he believes the staff is responding both to the reckless budgetary swipes – to "hundreds of people with livelihoods, with families" – and to persistently being berated in front of the dais, to being "treated as though everything they say is a falsehood or a misrepresentation."

The latter routine continued Tuesday, particularly for the Library's Brenda Branch, Resource Recovery's Bob Gedert, and Kevin Johns of Economic Develop­ment, whom some Council members appear to blame for doing their jobs well. Each got their turn in the barrel for diligently carrying out policies adopted by previous Councils and still in force, but which some current members would rather abolish. Finally, after a good deal of browbeating, the mayor got grudging consensus that broad policy matters should wait for another day.

Neither staff nor the public can be blamed for wondering what's going on in this year's budget process. Although Council has been compiling these "concepts" for weeks, they have been visibly reluctant to bring matters to a head and make final decisions. Tuesday's meeting, like last Thursday's, was another day of unresolved discussion. Adler marched through the Concept Menu (a formerly brief list that with attachments has now ballooned to more than 300 pages) at a breakneck pace – he called it "speed-dating" – taking quick straw-poll votes that were next to impossible to follow either on or off the dais. In theory, those fingers in the air (if staff was quick enough to compile them) will yield a shorter list next week, when actual budget votes begin, on Sept. 8.

Based on those straw votes – which members still often described as conditional – it would appear that a Council majority:

• will not eliminate economic development

• would like to give more funding to health and human services, parks, and libraries

• would like to buy body cameras for police officers and hire enough EMS staff to establish a 42-hour week.

But those votes appeared highly provisional, and budget staff now must run the specific numbers to provide a cost-and-savings ledger. We'll have to wait until at least next week to come to any conclusions about the City of Austin's FY 2016.

Final budget readings are scheduled for 9:30am Tuesday and Wednesday, Sept. 8-9.

A version of this article appeared in print on September 4, 2015 with the headline: A Serious Lack of Understanding