At a special-called City Council meeting Tuesday, Latino community leaders won key concessions from a real estate developer wanting to build a 35-story condominium tower adjacent to the Emma S. Barrientos Mexican American Cultural Center – including long-sought designation of the campus as dedicated parkland, effectively shielding it, in perpetuity, from development or purchase.

Over the weekend, city staff met with company representatives to hash out an agreement amenable to both sides – moving a hearing on the matter to this week, originally to have been aired last Thursday, to accommodate those behind-the-scenes weekend machinations.

With a rallying cry of ¡La cultura no se vende! (The culture is not for sale), community activists had balked at the developer's overall plans.

The developer agreed to major concessions, setting the stage for unanimous Council approval endorsing the revamped conditions for construction. The city-owned property at 64 Rainey will be essentially rented out to the developer for two years in exchange for a lump sum of $400,000, and is to be assessed developer fees based on the market value of that prized land thereafter (the developer anticipates using the staging area for two years and nine months). The $400,000 and a parkland dedication fee of $128,000 by a previous developer with plans for the site will be earmarked for updating the 15-year-old MACC master plan.

Another community victory centered on protecting the MACC entryway for those entering the campus rather than future condo-dwellers. To that end, an alley behind 64 Rainey will be vacated and made contiguous to the rest of the MACC campus, and a new alley will be rerouted along the property line. That new alley for condo-dwellers' access will make a 90-degree turn at the rear corner of the building, emptying directly onto Rainey Street.

Still, community leaders acknowledged the deal was far from perfect. Compared to the value of the city-owned land the city transfers to the developer (estimated at roughly $1 million), the developer's $400,000 payment for its use seemed paltry to some observers. Critics of the deal also pointed to the greater swath of prized land the developer will utilize – increasing from the 25-foot easement the developer had originally sought to one stretching up to 32 feet at the reconfigured, envisioned entryway. Moreover, some Latino leaders privately complained they were not invited to participate in the discussions over the weekend that resulted in the agreement that ultimately led to favorable Council action.

But, on balance, MACC advocates said, the deal was favorable in protecting the center, which serves as a community focal point, a resource offering classes and programs fostering an appreciation of Mexican-American, Native American, Chicano, and other Latino cultures.

"I know there are a lot of elements of this proposal that may not be to everyone's satisfaction entirely," developer C.J. Sackman said. "But I just want to say over the fifteen months with the community, with the city, this has been a great learning experience for me in terms of the community coming together to try to find a compromise to solutions that hadn't existed there." 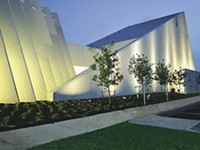 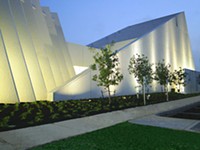