Frenemies of the Grove 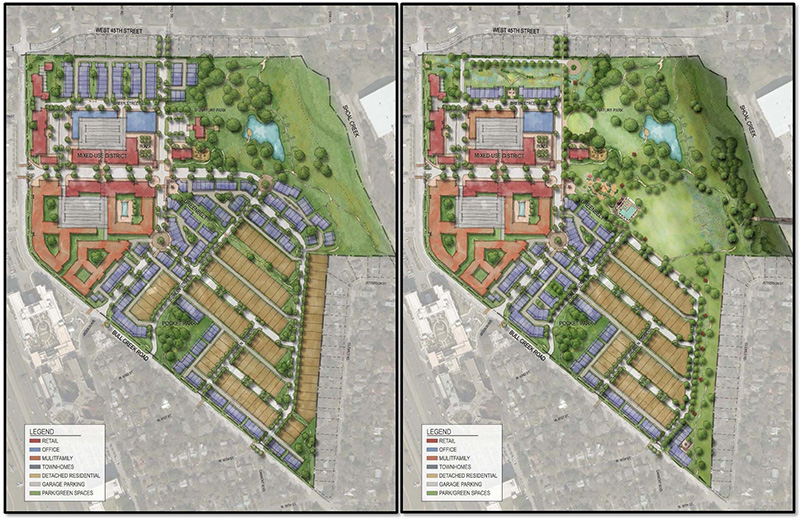 By the time ARG Bull Creek, Ltd. (separate from MileStone Community Builders) won the bid for the state-owned, 75-acre plot of land at 45th and Bull Creek Road last year, homeowners in the area had already done their research. Armed with a survey of 700 residents, the Bull Creek Road Coalition approached the developer with its eye on negotiation.

It seemed like ARG co-owner Garrett Martin had intentions to negotiate as well. He told the Austin American-States­man at the time that he was looking forward to working with the community. But a series of meetings eventually devolved when ARG filed its Planned Unit Development application with the city.

The Grove at Shoal Creek as currently planned will include 1,015 residential units with retail and office space. The BCRC has offered an alternative vision with expanded parkland, fewer townhomes, and other tweaks, which BCRC President Sara Speights said did not go over well.

"We're not fighting it. We're not NIMBYs. That's not our deal," she said. "We accept that it's going to be developed. We really wanted to be a part of a process, so this has gotten a little awkward with [the developers] because they don't seem to ... well, they seem to get offended if we want anything different than the way they want it, which kind of surprises us. We had hoped to go into this with the idea that we could negotiate some on things. And that hasn't been their approach."

Families have used the property for years, with permission from TxDOT, as an unofficial parkland. A grove of heritage oaks (where the proposed PUD gets its name) lines the edge of the property where it meets Shoal Creek. One persistent concern of the BCRC is preserving the oaks and dedicating the area as an official park.

Martin told the Chronicle via email it is still examining BCRC's alternative plan, but noted "when the City of Austin chose to not purchase the property, it concluded that any plan with too much parkland would be economically infeasible." He described ARG's July 9 proposal "realistic and ready to fulfill ... our City's policy priorities."

Another concern was ensuring that a portion of units go to low-income and middle-income housing, which Speights, who's lived in the area for four decades, said has been a neighborhood desire for years. "These were little G.I. Bill houses," she said. "My house is 1,100 square feet. And most of us came from very modest backgrounds, so the idea of having affordable housing, and having middle-income housing, certainly makes sense to us."

ARG currently proposes setting aside 180 affordable housing units out of 1,015. Though it's a concession the neighbors appreciate, there's also a worry – which homeowners have expressed to Council and local media in droves – that the overall number of units is going to clog up an already tense traffic situation on 45th Street.

Jason Meeker, who previously led the fight against the Allandale Walmart, is now in charge of PR for ARG. He pointed the Chronicle to the Friends of the Grove, a Facebook group that claims to be "unaffiliated with the Grove," but that promotes the development. Though FotG is supposedly independent, Meeker is an active commenter on the page.

"They are just convinced that if we just listen up, we'll find their ideas are better than ours," said Speights. "And that just doesn't always turn out to be the case."

City Council kicked the issue down the road to October (see "Grove Matters," Aug. 14), while it goes to the Environmental Com­mis­sion Sept. 2, and the Zoning and Plat­ting Commission Sept. 15 – but meanwhile, discussions between the BCRC and ARG appear to be hitting a new turning point. In September, the two sides plan to sit down to the negotiating table once more. There the BCRC hopes to get the developer to agree to scale back on the density. They want assurances on the parkland, greenways to buffer existing single-family homes from the new apartment and retail buildings, and a full traffic-impact analysis.

The BCRC also takes issue with the 17-acre park ARG has described in its PUD application. Speights said about four acres of the proposed park is unusable because of an 8- to 10-foot drop into the bed of Shoal Creek. They also dispute ARG's claim that the sidewalk bordering the development can be counted toward park acreage. Further, a planned one-acre retention pond to capture runoff from Shoal Creek will also eat up a portion of the proposed park.

Martin called the quality of the proposed park "unprecedented" and claimed all 17 acres will be "highly used and enjoyed for generations to come."

"[Retention ponds] hold flood water, which you know, if it's done right, could help prevent some of the Downtown flooding that happens on Shoal Creek," Speights said. "And you get down to very little actual, so-called park. Where are the kids going to play?"

The Grove Gets Final Approval
With one PUD approved, attention turns to Austin Oaks 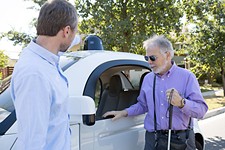 Council: From Kitty Hawk to Hornsby Bend
The Grove, Oaks, and Austin Water In between

More The Grove at Shoal Creek