Perry and Paxton Fight the Law

Perry indictment down to one count; grand jury convenes in Paxton case 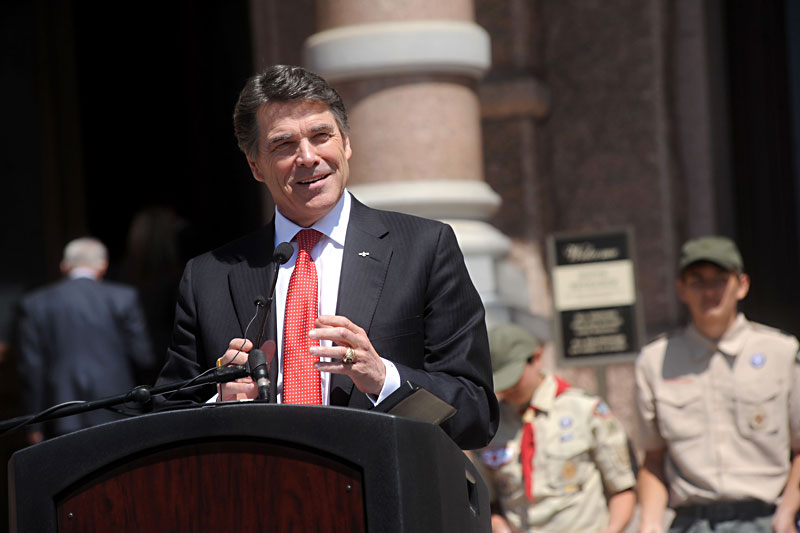 The wheels of justice grind notoriously slowly, but they may be turning slightly in the favor of one of the two ranking Texas Repub­licans currently facing prosecution.

Last week, the 3rd Court of Appeals delivered good news to former Gov. Rick Perry: He now faces only one criminal charge, not two. Almost a year ago, Perry was indicted by a Travis County grand jury in connection with his efforts to coerce Travis County District Attorney Rosemary Lehm­berg's resignation (see "Perry Indicted," Aug. 15, 2014). Now his legal team has successfully argued that one count, coercion of a public official, be thrown out. A third-degree felony, it carries a maximum sentence of 10 years. This ruling does not speak to the allegations or facts against Perry: Instead, the three-member panel found that the entire statute was unenforceable as an unconstitutionally overbroad restriction on the free speech of public officials.

Perry's legal team has trumpeted this as a major triumph for their client, and claimed that the remaining charge is "hanging by a thread." Of course, this means there is a remaining charge, the much more serious allegation of abuse of official capacity. Perry's attorney Tony Buzbee has claimed that it is only a misdemeanor. However, in some instances, it can be elevated to a first degree felony, with a sentence of 5-99 years, including when the government property misused is in excess of $200,000, as it is in Perry's case.

At least Perry and the courts know what he faces. Prosecutors, defense attorneys, and voters are still waiting to hear what charges, if any, Attorney General Ken Paxton will defend himself against. The former state senator has only held his current office for a little over half a year, but for the last month of that he's been facing the possibility of criminal prosecution. Special prosecutors Kent Schaffer and Brian Wice announced in late June that they will ask a Collin County grand jury to consider first-degree felony charges for securities fraud against Paxton. The expectation was that the jurors would decide in July whether to indict Paxton, but with the month's end looming, there is still no decision. Schaffer and Wice were seen entering the Collin County Courthouse this Tuesday, July 28, indicating that the grand jury has finally convened. Also spotted near the grand jury room was William Mapp, founder of Servergy, a firm currently under investigation for securities fraud, and in which Paxton owns 10,000 shares.

Taking a page from the Perry PR playbook, Paxton's team has attempted to diminish the scale of the accusations. The main thrust is that his fining by the Texas State Secur­i­ties Board in May 2014 had resolved the issue. However, there have now been questions as to why the board did not contact prosecutors when Paxton basically admitted to a felony. Paxton spokesman Anthony Holm has also attacked Schaffer and Wice – appointed as prosecutors after Paxton's Collin County DA Greg Willis, a friend of Paxton's, recused himself from the case – for their legal careers "defending the sort of child molesters and Mexican drug cartel leaders that Attorney General Paxton was elected to prosecute." This, of course, refers to their work as criminal defense attorneys, and appears to conveniently ignore that every defendant has a constitutional right to a lawyer. 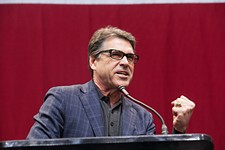