AFC's Brian Gannon optimistic about the state of the industry

There's been a major casting change at the Austin Film Commission. After 30 years, Gary Bond has stepped down as director, and film and marketing manager Brian Gannon steps up to take his place. This sequel comes just as the Austin film industry could be poised to take advantage of major changes in the economics of film and TV production.

Calling his predecessor's shoes "big ones to fill," Gannon noted that the Austin scene has never been healthier, and he credits Bond's tenure as playing a key role in that growth. In fact, compared to when Bond took over at the commission, Austin is undeniably a film town. Aside from the critical acclaim lauded on locally-based directors like Richard Linklater (Boyhood), Robert Rodriguez (Machete), Kat Candler (Hellion), and David Gordon Green (Man­gle­horn), their work has helped build and maintain an industry in the area. Between Austin Studios and Troublemaker Studios in East Austin, Spiderwood in Bastrop, and a new studio complex planned in Bee Cave, it has the infrastructure to attract and support big projects. There are currently three shows lensing here – HBO's The Leftovers, ABC's American Crime, and El Rey's From Dusk Till Dawn – plus regular feature production. That makes it a big employer, with over 700 local professionals in the area. That combination is why producer/director Michael Bay shot five films in the Austin area, including last year's Transformers: Age of Extinction. Gannon said, "Not only did he know he could get the Americana look he wanted for the opening of the film in the towns surrounding Austin, but he also knew our crews could handle the hard day's work and special-effects-heavy shoot."

It's a growing business, but it's an erratic industry. Feature films wrap and move away. TV shows get canceled (in recent years, Austin lost NBC's Revolution, and two other ABC shows, My Generation and The Lying Game.) That makes the big challenge for Gannon's office to keep a constant flow of productions coming to town, then serve as their point of liaison once they are here. Currently, he said, they are "working on outreach to the studios, letting them know Aus­tin is open for business. We have what they need for production, whether it be facilities, vendors, locations, and of course, above all else, a talented and hardworking crew base."

But for years that sales pitch has been complicated by the international trend for production incentives. Many states and nations offer some kind of rebate or tax credit on eligible in-state spending. Texas has its own lure, the Texas Moving Image Industry Incentive Program, but it is often criticized as parsimonious compared to more generous states like Louisiana and Michigan. In fact, both those states have hosted film shoots for scripts set in Austin.

The situation looked even worse after the last legislative session. With public squabbling over the program between the game and film industries, the Legislature cut funding from $63 million for the last biennium to only $32 million for the next two years. A weak offer looked even weaker, and many feared a recession. However, the story was rewritten when three of Texas' biggest competitors – Michigan, Louisiana, and North Carolina – also dramatically cut their programs. So rather than seeing a drop in interest, Gannon said his office has seen a rise in inquiries since last year. He said, "The fact that many of the states that are in direct competition with Texas have had similar, if not worse, cuts to funding also helps level the playing field between other locations that we regularly compete with."

At the same time, Aus­tin has put a little money down in the incentive game. In May, 2014, Council established the Creative Content Incentive Program. It's not technically the first time they have dabbled in cash for creativity: Back in 2007, Council approved a deal with the producers of Friday Night Lights. However, this is a full program, not a one-off deal. The city has allocated $250,000 for eligible feature films, TV, video games, reality TV, commercials, and visual effects for completed projects. Successful applicants get up to 0.5% of the wages paid to residents of the Austin MSA (including Travis, Bastrop, Caldwell, Hays, and Williamson counties). And there's an extra 0.25% for projects from Austin companies, or that specifically promote Austin. Gannon called it "a pretty nice bonus ... on top of the state incentive."

The maximum any project can receive without Council approval is $57,000, but that's not been an issue. So far, only one applicant – American Crime – has received any cash from the program. Initially, the city estimated that it would get $50,768, but that finally ended up being only $37,388. City Director of Global Business Recruit­ment and Expan­sion David Colligan said, "I can't really speculate why we haven't had more applications." Part of the problem may be that an applicant has to already be receiving funds under the state program. The reason is simple: The program is not designed to attract projects to Texas, but to encourage those that have already made their decision to shoot in the Lone Star State to pick Aus­tin over, say, Dallas or Houston. Colligan's office is working on better industry outreach, including educating local production houses about that 0.25% bonus. He said, "We still have some areas we can learn about."

But overall, Gannon is optimistic that, if incentives become less a part of film industry economics, Austin will look more and more attractive. He suggested that might be a return to "a location-based business," where productions go where the script, not the incentives, dictates. He said, "More than anything, we at the AFC want a healthy film industry in Austin. We want our crews employed."

Pandemic Production: One Year Later ...
The Austin film and TV scene has come back strong, but can that return be sustained? 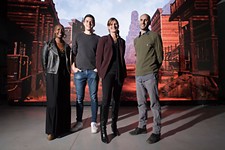 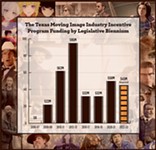 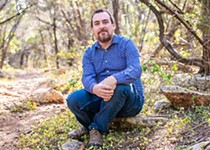