Lisa Byrd, Austin African-American Cultural Heritage District: "Philadelphia is a great city to look at. Because of its history and importance to the founding of the country, there is a focus on preservation of all kinds in all communities. Preservation is seen as an integral part of economic development. When you go to Philly to learn about the history around the founding of this country, for the most part you won't find two separate histories – black and white. As much as possible, it is the American story, and in Philly they are pretty good in including everyone in that story."

Kate Singleton, Preservation Austin: "San Antonio does a very good job, and they have a very healthy preservation staff. They have a great nonprofit partner with an impressive program. They have an archaeologist on staff – I mean come on. They have always had a strong program with neighborhoods and doing everything from neighborhood stabilization programs, good infill, worked to respect neighborhoods, and helping them come up with designs. They've worked very well low- to moderate-income neighborhoods."

Jennifer Minner, Cornell University: "It's too difficult to name one city! Preservation is accomplished in many different ways in communities across the country. I'd like to see Austin lead the way in sustainable, equitable, and creative preservation efforts."

Janet Seibert, City of Austin Economic Development Department Cultural Arts Division: "Chicago – they understand the arts as being a significant contributor to the city. They see the value of it as a social benefit, as well as an economic one. I was really impressed by Pittsburgh as well. They have a group of foundations that have re-created downtown as a large cultural district. They have transformed it from a steel-producing city with spewing smokestacks to a place with a waterfront park – a wonderful place." 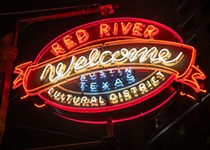 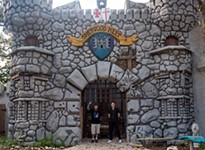 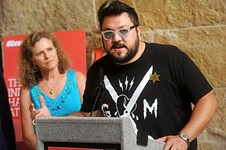